A spoon maker from Banff and a wood artist from Toronto When we ran our spoon issue in Aug/Sept 2020, one of the Canadian spoon carvers I included in the article was Keith Sherwin, from Banff, Alta. Keith earns his living making spoons under the name “Sherwin Spoons,” and told me he spends pretty much every waking hour carving.

It’s quite a story about how he got involved in making spoons. About seven years ago Keith was involved in a serious mountain biking accident, fracturing the C1, 2, 4 and 7 vertebrae in his neck. Keith spent the next year recovering. It was at this time he ended an unpleasant relationship and took a walk in the woods. “I plopped down by a tree and had a cry,” he said. “From there, I picked up a stick and started making shavings. A few days later, a Swiss Army knife and an old beat-up gouge turned that stick into a spoon.” That was Keith’s first spoon. “My trauma and internal conflicts all still existed,” Keith continues, “but that single spoon brought my mind to a level of concentration that I desperately needed at that time.”

I asked Keith if he had any tips for beginner spoon carvers. “Practice sharpening as much as you practice carving,” he said. “I remember being almost afraid to touch my knife to a stone when I first started. The earlier you do it, the more time you’ll spend pleasantly carving and not fighting wood.” 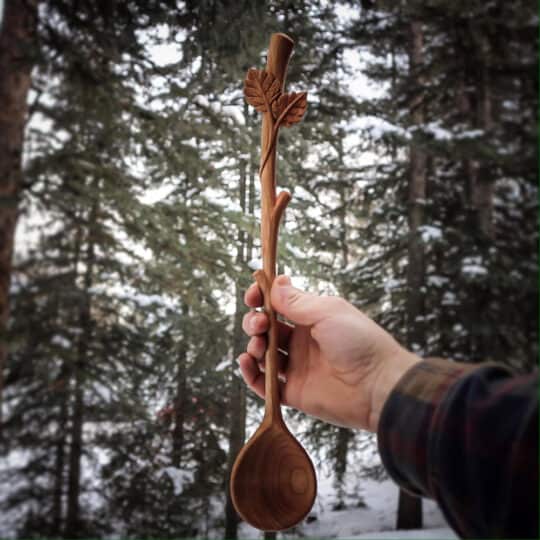 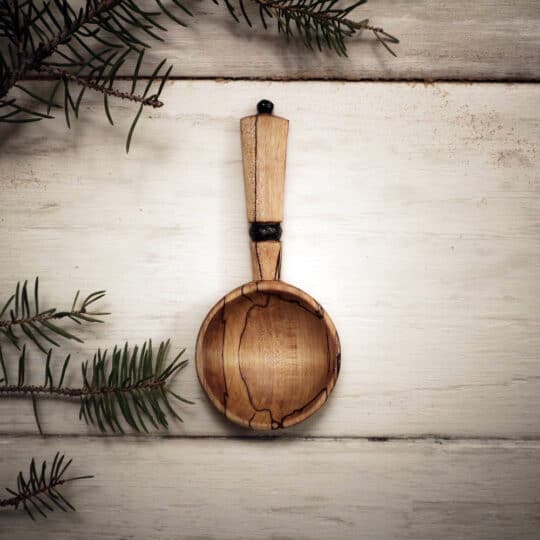 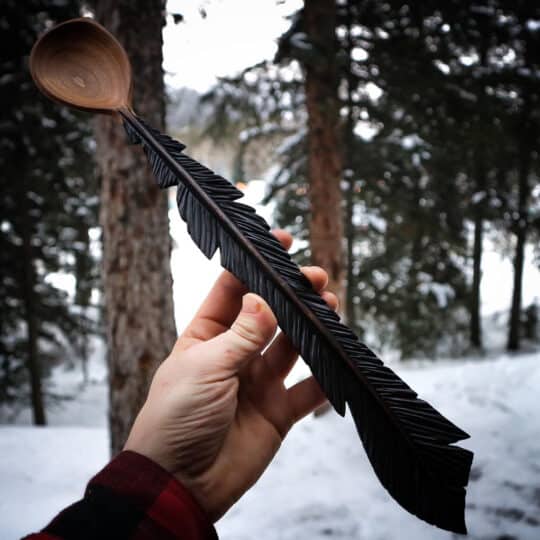 I had a great conversation with Yorgo Liapis, a furniture maker and wood artist from Toronto, the other day. He will be featured in the “Canadian Quotes” column in the next issue. I wanted to share a few pieces he’s made over the years as well as a bit of information about him here.

According to Yorgo, he had no direction until he attended Central Tech High School, in Toronto. There, he took a mix of technology and trade classes, including metal working, mechanics and woodworking. He went on to attend the Center for Furniture Craftsmanship, in Maine, where he learned not only woodworking techniques, but what kind of a wood artist he wanted to be.

Upon his return to Toronto about eight years ago, he set up a studio and has been building ever since. He works on both commission and speculative work. His commission work gives him a chance to not only make furniture, but also frame an addition, build a wall unit and collaborate with other artists. Like a true artist, it’s the spec work Yorgo really loves. I’ve included a few of his pieces here, but I won’t go overboard; you’ll have to check out the column on Yorgo in our Apr/May 2022 issue.