Home From Rob's Bench An accountant makes a tool purchase

An accountant makes a tool purchase 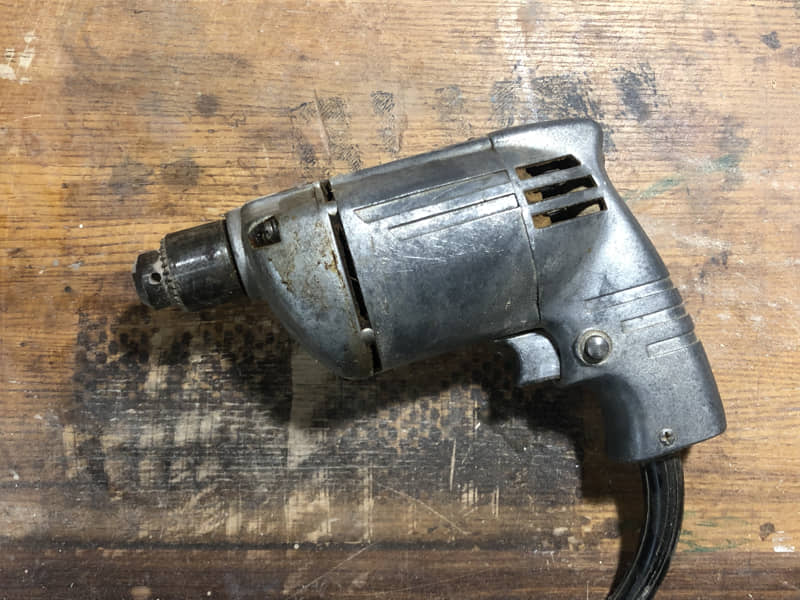 I have been working wood since I was about 15 years old, when I sectioned off a tiny corner of my parents’ dingy, unfinished basement.

The only machine I had was my dad’s table saw, which once belonged to my grandfather when he was a carpenter decades earlier. It was about the size of today’s jobsite saws, but it was underpowered, the rip fence was constantly misaligned and moved during cuts, and the blade was rusty and dull. I didn’t even know I could get a new blade for it or even sharpen the existing blade at that point. There was tension on the drive belt strictly due to the weight of the motor cantilevered away from the machine.

I had my grandfather’s old hand planes (which I’ve written about earlier: My grandfather’s Stanley 9 1/2 block plane and Beautiful old tools) but didn’t know how to use them. My dad had a few home improvement tools: a hand drill so powerful, large and heavy you had to be incredibly careful while using it or it would tear your arms off; a hand drill that was much smaller and lighter, yet you still had to have a well thought-out plan when you pulled that trigger; a mitre saw so cheap and poorly made you could flex just about any part of it with a bit of hand pressure; and a pair of flimsy, rusty 24″ bar clamps. Kicking around in an old wooden toolbox were miscellaneous hammers, screwdrivers, chisels (not surprisingly, they were very dull), wrenches and a few other things. My dad had a surprising number of hand saws, such as a hack saw, a larger rip and cross-cut saw, a coping saw, a keyhole saw and a fairly nice dovetail saw. Those were the tools I had at my disposal.

At that point, getting a new tool was a lavish affair. Just one tool could open up a wide range of possibilities. A router would have blown my mind. Think of all the decorative and joinery options I would have gained by having one of these magic gizmos at my disposal. A small bandsaw would have allowed me to rough cut solid wood lumber and add curves to my projects. A cordless drill would have untethered me from the electrical outlet and given me a safe option for boring holes of all sizes.

Ample Power
This drill was part of the small tool collection my dad had when I started to work wood. It's an understatement to say it had a lot of torque. I could disassemble a century-old locomotive with my dad’s drill, as long as I had a small team of strongmen to stop the drill from spinning when that trigger was pulled.

So, what tool was next?

I honestly can’t remember what tool I bought first, but it wasn’t any of those mentioned above. My dad was an accountant and considered his purchases very carefully. Flashy bells and whistles didn’t trick him. Anything large and expensive was to be researched to the point of nearly wanting to give up woodworking altogether. Practicality was of utmost importance, followed very closely by overall cost. Cool factor was never discussed.

Solid Tools – This PET drill has been around for a long time. It’s heavier than it looks.

I had virtually no money, so it really was up to me to talk my dad into buying a tool, and that was no easy task. I had to speak to him on his level and address the following questions I knew he would have before he could ask them. How much time would a new tool save us? How long would this tool last? How crucial was it to completing the next woodworking project either of us would tackle? Was there a possibility of completing that project with another tool instead, even if the project took longer and didn’t turn out quite as well? These questions were just starting points to making my accountant father open his wallet.

#68 Dovetail Saw – Also referred to as a Gent’s saw today, this dovetail saw, made by Henry Disston and Sons, had a turned handle that I epoxied back in place about 30 years ago. I made the pine case to store it in. It could use a sharpening.

Like I said, my memory isn’t good enough to remember what tool I talked my dad into first, but it was surely a very practical and economic decision. I’m guessing it was something like a cheap 1/4 sheet sander that didn’t do much at all to smooth the wood’s surface. Luckily, at the time, I didn’t realize it wasn’t a great tool. To me it opened up the door to reducing time spent sanding and would prepare the wood I was using on my projects for a beautiful coat of finish. This 15-year-old kid hit the jackpot. I surely used that sander (or whatever that first tool was) for years before even thinking about replacing it. In my mind, my sanding needs were taken care of for a long time. How naïve I was.

There’s a tool for everything

Even when talking about the narrow world of woodworking sanders, the discussion can range quite a bit. Sanders such as 1/4 sheet sanders are just the tip of the iceberg. Belt sanders, random orbital sanders, edge sanders, disk sanders, 1/3 sheet sanders, spindle sanders…the list goes on and on. A serious woodworker today has virtually all of these sanders at their disposal, and often has more than one of each type.

Tools are all about potential. When the situation arises it’s nice to just be able to reach for the right tool and use it efficiently to complete the task. When I was a 15-year-old boy starting out in the woodworking world, I had to make one tool do 10 different things, because that was the only option I had. Now, I’m lucky enough to almost always have the right tool for the job. Work goes quicker and the operation gets completed more accurately, efficiently and properly. Shop life is good with lots of tools.

Today's Tools
My current tool situation makes woodworking a bit nicer. I enjoy using some of the older tools my grandfather used to own (notice his jointer plane in the corner?) and mixing in some sleek new tools. 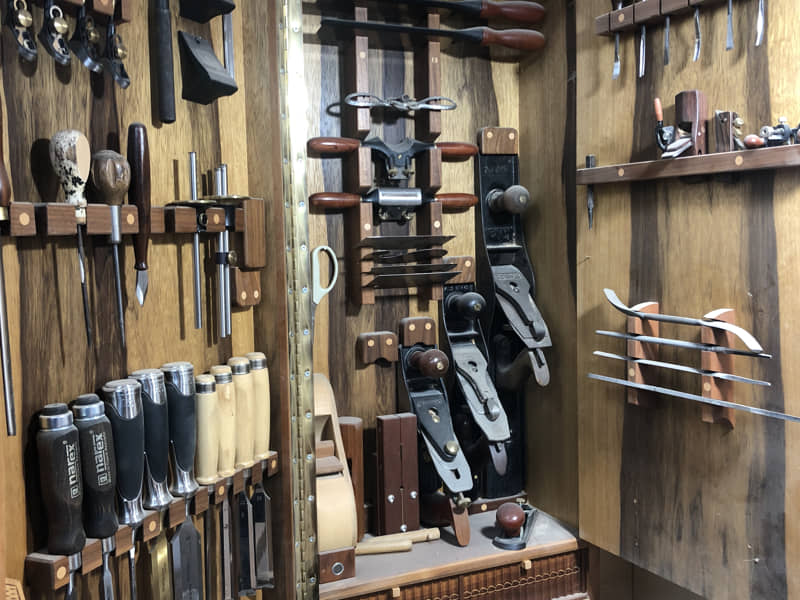