Home From Rob's Bench Even the simplest projects can go awry

Even the simplest projects can go awry 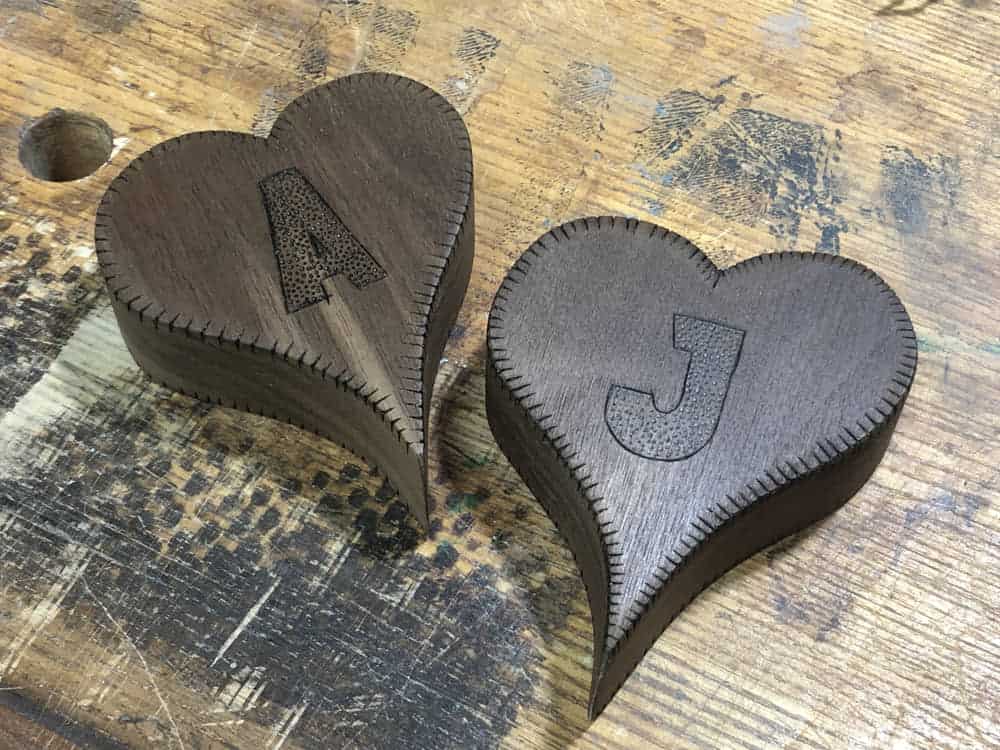 I’ve said it before, but we woodworkers are a lucky bunch. While other folks are shopping for gifts for holidays, we’re in our shops making something for the loved ones in our lives.

Just in case you think I’m talking about getting an early jump on some Christmas presents, you’d be wrong: It’s Valentine’s Day that’s fast approaching. There’s certainly nothing wrong with chocolates, but why stop there? For the last few years, I’ve made my kids wooden hearts with their initials on them. It’s a quick project that’s a lot of fun and a great way to give the kids something unique and made just for them.

It’s pretty standard stuff, for the most part. Trace a heart shape onto some dressed solid walnut, cut it out on the scroll saw, then smooth and sand all the surfaces. There are many options for adornment, but I generally add their initial with a pyrography pen and decorate the rest of the heart with some texture or more pyrography. This time, I cut out and transferred their initials onto the hearts and burned them in with a skew tip, then used a stylus point to shade in the initials. Then, I burned a series of short slashes into the edges of the hearts.

An easy few coats of finish from an aerosol can and I would be all done. Or at least that’s what I thought. I sprayed on a coat and closed the shop doors for the night. When I returned the next day the two chocolate-brown hearts were mostly pure white. I’m not exactly sure what happened, but I have a feeling I forgot to shake the aerosol can before coating the two hearts. If this were summer, I would have assumed that high humidity caused the finish to whiten, but being the middle of the winter, and my shop being fairly dry for the last month, I ruled out this cause.

Whatever it was, I needed to scrape most of the white off, then sand the piece down. It was almost chalky, and it came off quite easily. Some of the white got stuck in the burned recesses left by the pyrography pen, but I was able to sand deep enough to remove most of it. That caused what were precise burned marks to become far shallower and less concise, so my next step was to re-burn the initials and the short slashes around the perimeter and onto the sides of the hearts. This doubled the time it took to complete the project, but at least it was salvageable.

Rather than use the same finish and risk the same thing happening, I opted for a few quick coats of shellac. Shellac is one of those finishes that has never let me down. It goes on easily, is very quick to dry and produces a really nice feel once hit with some #0000 steel wool. The hearts were finally finished, four days early for Valentine’s Day.

Challenges are the norm

I’ve had many big jobs move nicely through my shop, though I’ve also had my fair share of small yet frustrating projects, too. There are so many aspects to even the simplest of projects; lumber, machinery, hand tools, joinery, assembly, finishing, hardware, etc. all have to come together to make a project, and any one of these can give us grief. It’s sometimes almost a miracle if at least one thing doesn’t go wrong during a build.

All Ready to Go
The completed hearts took a couple of tries to get right, but I eventually wrestled them into submission.

Draw, Then Cut
Rather than freestyle a couple of initials, I used a pencil and ruler to draw them, then cut them out with scissors before tracing them onto the hearts. 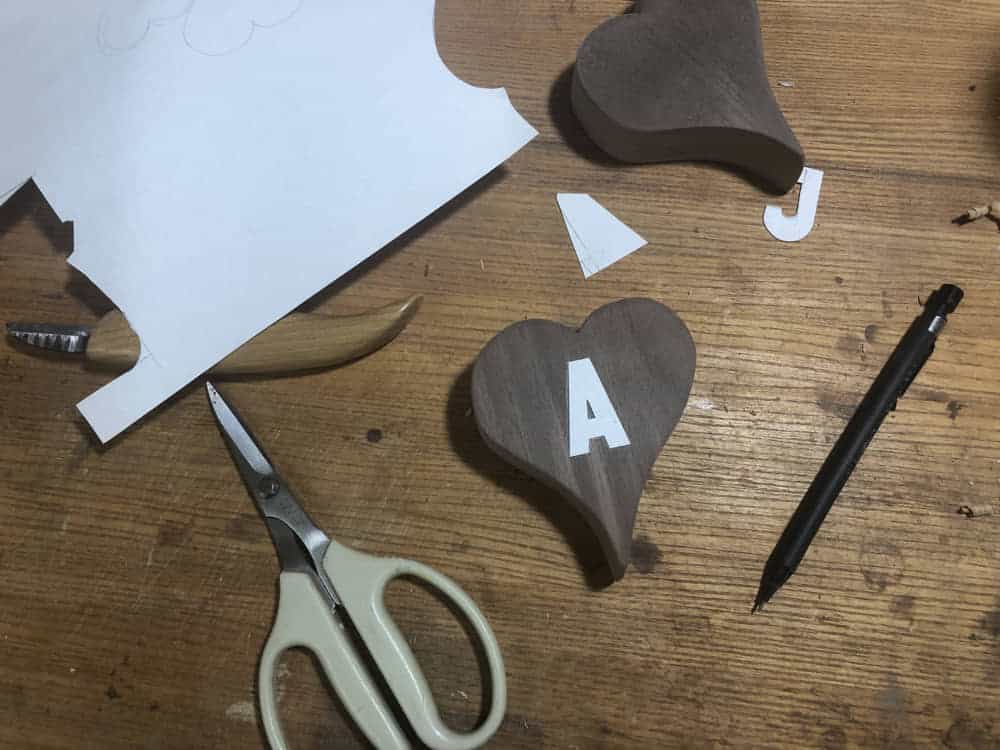 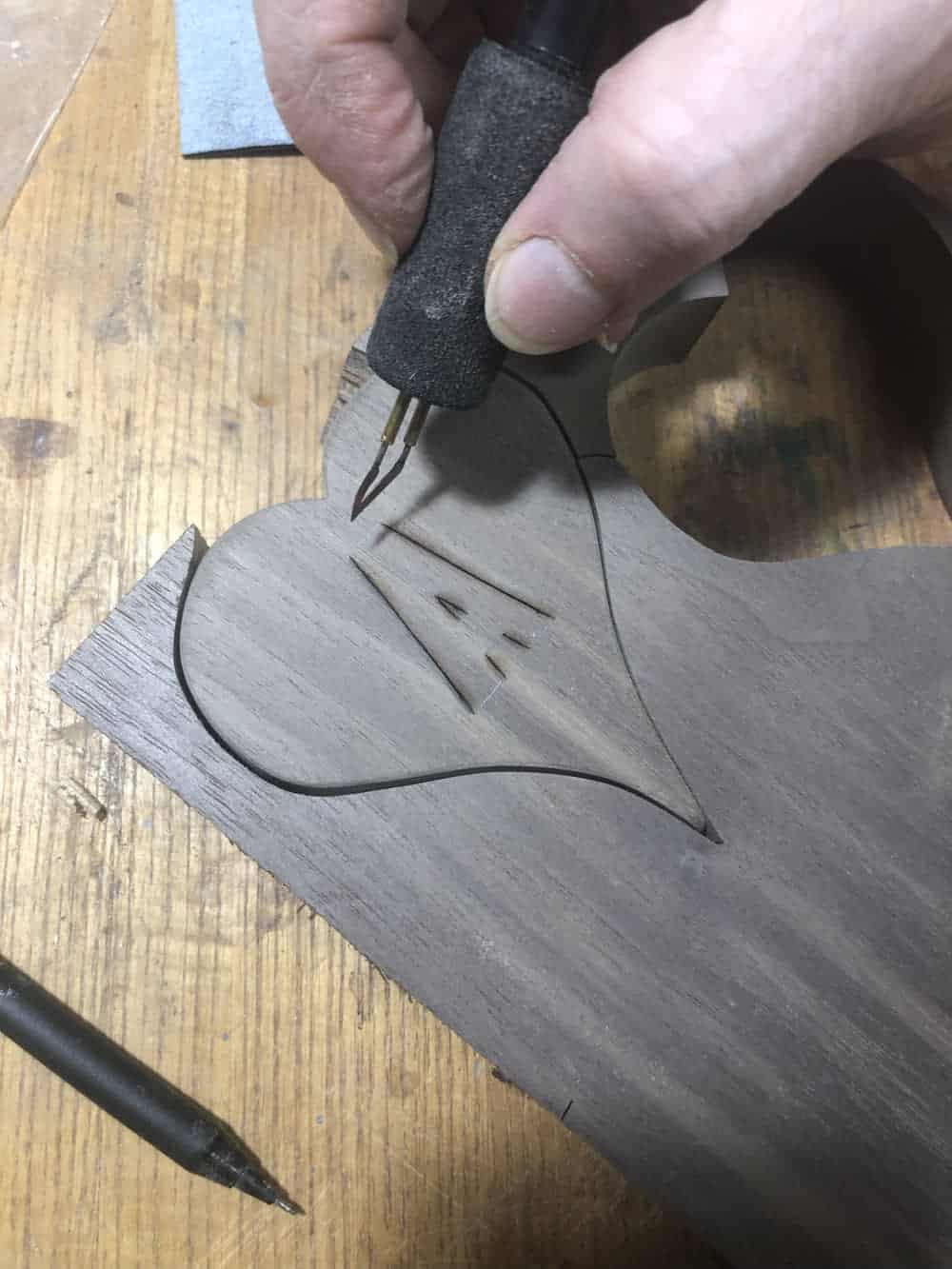 One Thousand Tiny Dots
To create a bolder look I used a stylus tip to create a somewhat even pattern inside the outline of the initial. Houston, We Have a Problem
I applied a coat of finish to the hearts, then closed my shop door for the night. The next morning, I was surprised to see they were white. Usually this means excessive moisture in the air while applying a finish, but in this case, I think it was because I forgot to shake the aerosol can before applying a coat. 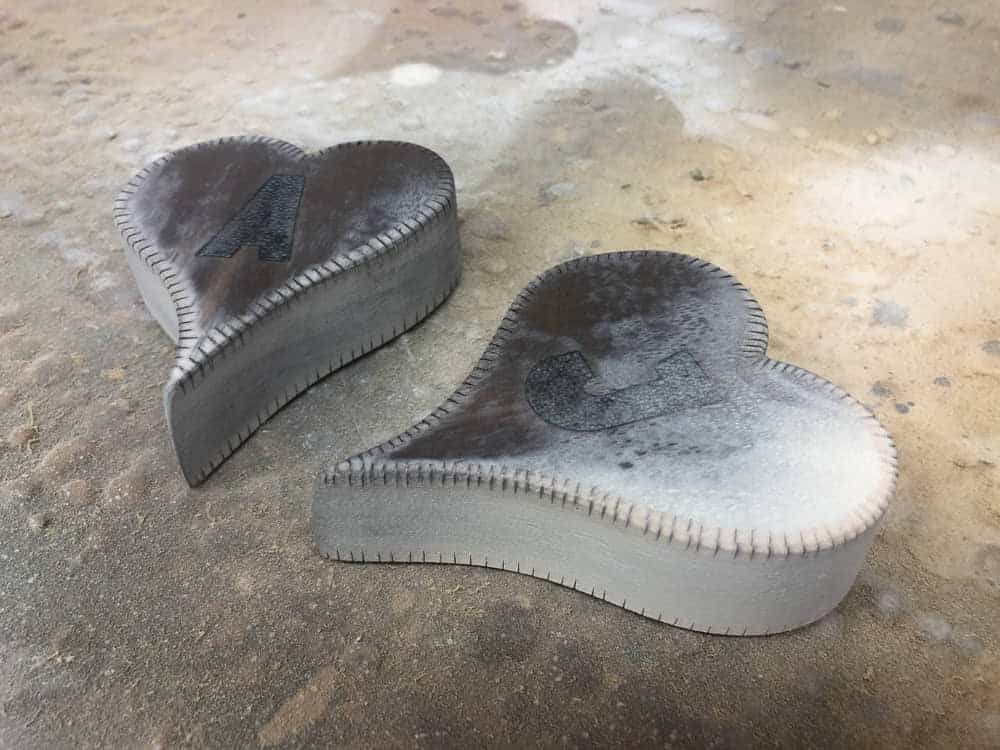 Some More Burning
After removing all the white with scraping and sanding, I had to reburn all the previously burned areas. 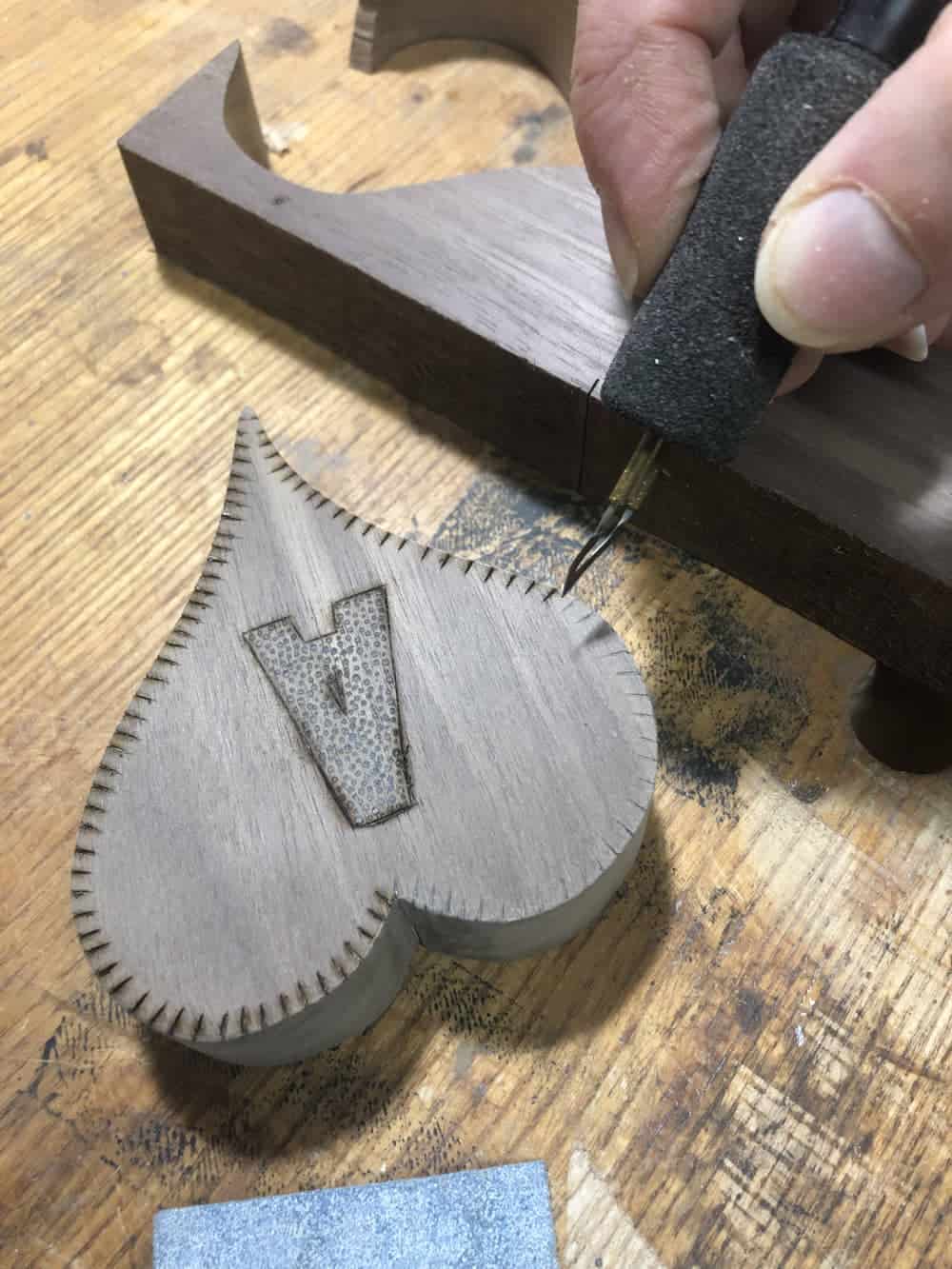