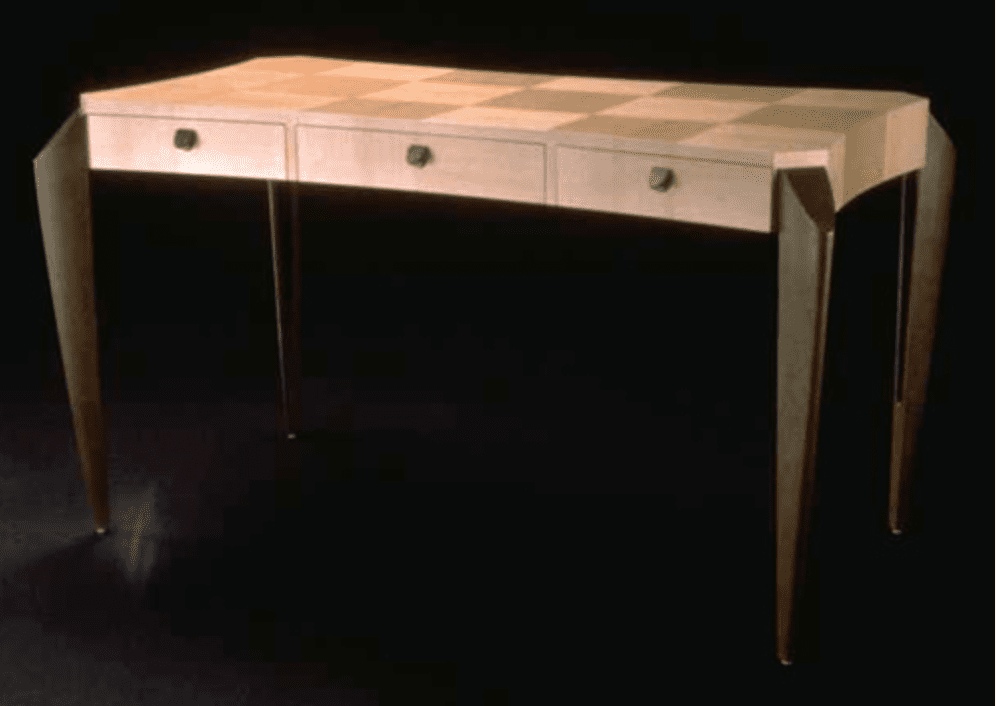 A few weeks ago I talked with Peter Pierobon, who mentioned his favourite Canadian-made piece is “Chair” by Stephen Hogbin.

Sadly, this famed Canadian wood art pioneer passed away earlier this year, so I can’t approach him with questions about his work. I asked Peter to select another Canadian-made piece he liked, and his answer was long-time Canadian teacher and maker Peter Fleming.

Peter Fleming has always walked the line between whimsical and traditional, often combining the two to produce work that not many other makers can. He works on commissions and speculative projects and his work has been shown in exhibitions internationally. He has also been the head of the furniture program at Sheridan College in Oakville, Ontario, since 2006, where he’s strongly influenced the next generation of Canadian furniture makers.

Although it’s hard to select just one piece from Fleming’s resume, I do have a soft spot for a piece he made in 1998. This cherry, cast bronze and green slate hall table has a strong traditional influence, but it’s not until you read the title of the piece that you start to understand how whimsical some of Peter’s work can be. It’s called “Elephant Hall Table.” I remember laughing out loud the first time I read it and looked at the table. Then again, maybe I’m showing my “studio furniture geek” side a bit too strongly here. But admit it – have you ever seen a piece of furniture with an elephant trunk, eyes and two big floppy ears?

Pierobon: “One of my favourite pieces that he designed is “Writing Desk” in 1997, which is made of European beech using cast bronze for the legs. This combination of metal and wood is something that Peter utilized on several occasions and allows for the piece to be structurally sound and very elegant at the same time. The contrast of the two materials and the simplicity of the design with immaculate craftsmanship makes for a very pleasing combination that satisfies my personal criteria for a successful piece.”

Writing Desk
Peter Pierobon mentioned this piece by Peter Fleming, and it’s easy to see why. Strong tradition mixed with a contemporary approach makes for a pleasing finished piece.

Elephant Hall Table
I got a kick out of seeing this piece for the first time. An elephant trunk, eyes and two big ears are camouflaged perfectly in this table made by Peter Fleming. 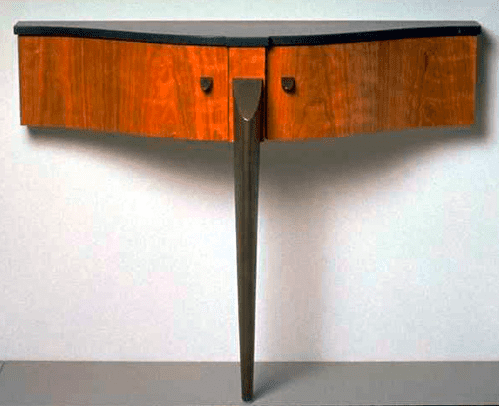 No sooner did my column last week get published than I got a message from our advertising director, Chad Martin, about a community woodworking project he recently made. The “Little Library” he made a year or so ago was so popular he decided to add a planter box and seat around it to make visits to the library even nicer. We got to talking and he mentioned a “Little Gallery” he has planned for later this summer. The idea is he would post art made by local kids to give them each their 15 minutes of fame. “Great idea!” I told him. I have a feeling you might see that project in our pages in a future issue.

I also came across another community woodworking project I’ve never seen before. This “Seed Sharing Library” was built so some keen gardeners could share heirloom seeds with their neighbours. I talked to them about gardens and the seeds that start the growing process one evening while out walking the dog. They also mentioned how their son made the library and even painted the sides with flowers typical to this area.

If you have made some sort of a community woodworking project, or even just have a unique stand or free library in your neighbourhood, please send me a photo or two and share any details with me. I’d love to be able to include it in an upcoming column.

Fancy little library
Our advertising director, Chad Martin, made this nice little library recently. Who could pass up a visit here? 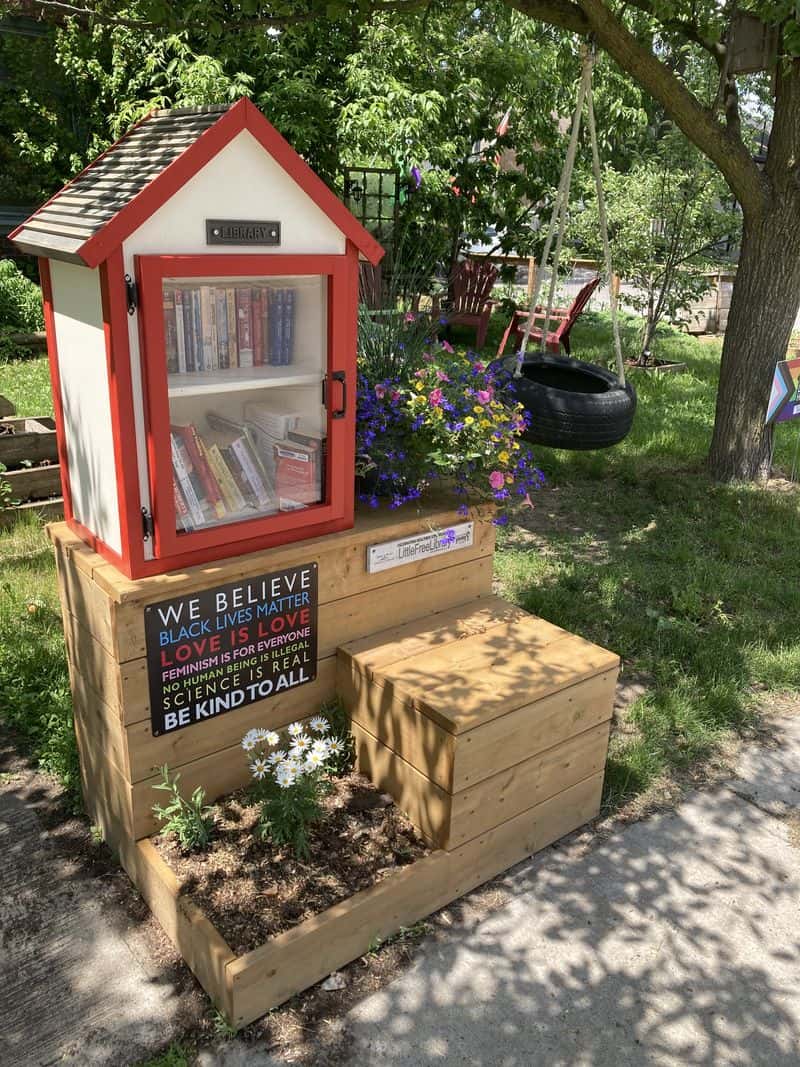 Seed library
I came across this seed library on a walk one evening, shortly after my column was published last week. I’m sure there are many other variations of a “free library” out there as well. 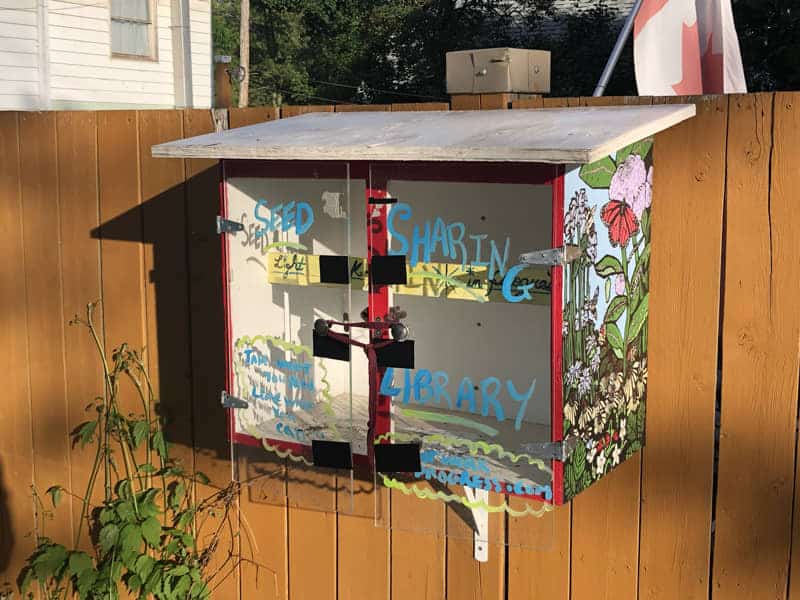