Snow stops the build and a crazy cyclocross racer 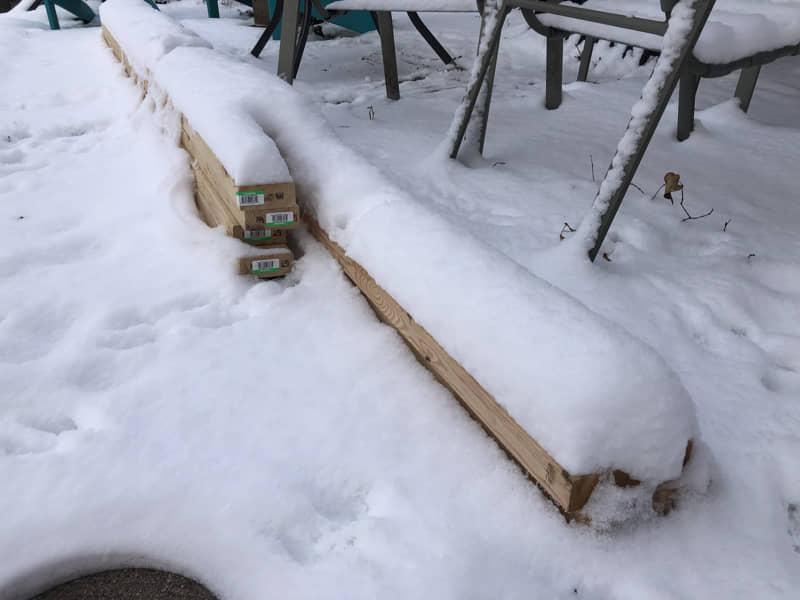 Rob builds a boat storage rack and shows us how crazy he is about cyclocross.

We live near a large waterway in Peterborough, Ontario. A lake is at the heart of the city and flowing into and out of it is a system of rivers and canals. We enjoy spending time on the water in the warmer months, and have a canoe, two kayaks and two stand-up paddleboards. We’re also storing another kayak for a friend. This makes for a lot of boats to store.

The canoe has always lived outside and the basement isn’t large enough for most of the other watercrafts. I decided it was time to move almost everything outside with the canoe. The two stand-up paddleboards are inflatable, so they’re easier to store inside.

After checking into some design ideas online I settled on an approach to store the four boats. The canoe gave me the most problems, as it’s longer than the others. My son and I quickly came up with a model of something that would work fairly well. Next, off to the store to buy some materials. It was a pretty straightforward design, and the construction process wouldn’t be overly long or tricky.

My son and I had an enjoyable time getting it started. The hot summer had turned to comfortable autumn temperatures, and life was good. When we attached one of the boat supports to one of the two the main uprights we needed it to be square. Rather than just take a carpenter’s square and check for a right angle, I thought my son would get a kick out of the 3-4-5 method to check for a right-angle triangle, and I was right. After measuring 30″ in one direction and 40″ in the other we checked the distance of the remaining side of the triangle to ensure it was 50″. After some adjusting we added a couple of screws to the joint and repeated the same steps for the other side. My son liked the method, and was pretty impressed with his brilliant dad and this magic formula.

We got it about half done the first Saturday afternoon but it rained the next day. Momentum was then lost and I eventually got back to things a few weeks later. I finished the structure, applied a coat of stain to it and loaded up the boats. Everything fit well.

At this point I started to realize I had only accomplished part of what needed to be done to properly protect the boats from the elements. They were off the ground but still in direct sunlight for much of the day. UV rays are incredibly destructive and I knew this had to be taken care of. To be honest, a roof was always in the back of my mind, so I was smart enough to leave the two main 2×6 uprights long to allow me some flexibility in fixing the roof to the base. I just wasn’t quite sure how to design it.

After some head scratching, I came up with a plan. I headed to the local big box store, bought some materials and brought everything home late one afternoon. The plan was to get to this job on the weekend, but that didn’t materialize. No worries, as another weekend was just around the corner. Only problem was that the weather finally caught up to me. It had been an unseasonably warm November and I didn’t even consider the fact that snow and cold would eventually arrive, but it did a few days ago. When it comes to cold I’m one of the biggest wimps you’ve ever seen. I’m just not made for the cold. My hands stop working at about the freezing point and if they get wet it’s more like 5°. I’m built for the summer, and always look forward to hot July temperatures, even if I have to put up with constant complaints from everyone around me.

As of now the lumber and roofing materials await a day warm enough so I can go outside and not need to wear two jackets and keep my heart rate above 120 beats per minute to stay warm. I think that might be later this week, if the weather forecast can be trusted.

Go Away, Snow
I bought all the lumber and materials I needed for the roof for my boat rack, then it snowed. I’m a wimp when it comes to the cold.

A Warm Build
My son and I built the lower section of the boat rack in mid-October, when it was unseasonably warm. Here, I’m showing him the 3-4-5 triangle rule to get a right-angle triangle. 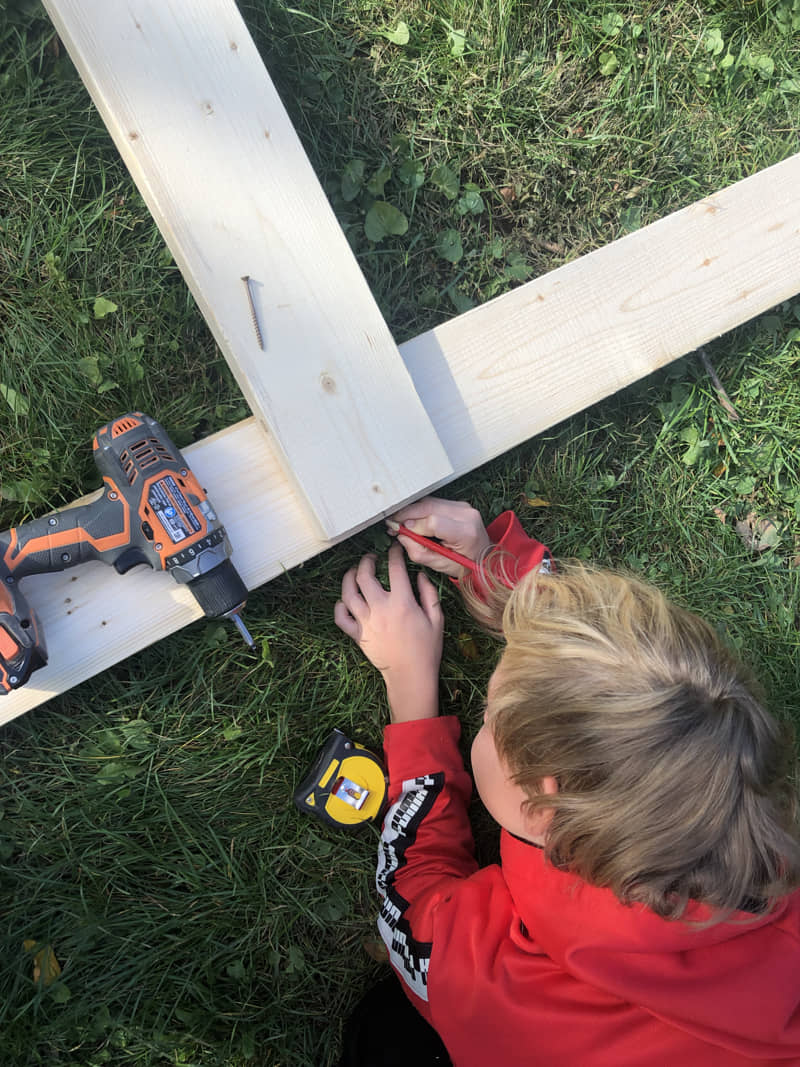 Where We Sit Now
The main section of the boat rack is done, but the snow has forced me to be patient for a warm blast of weather before I complete the roof. At least the boats are off the ground now. 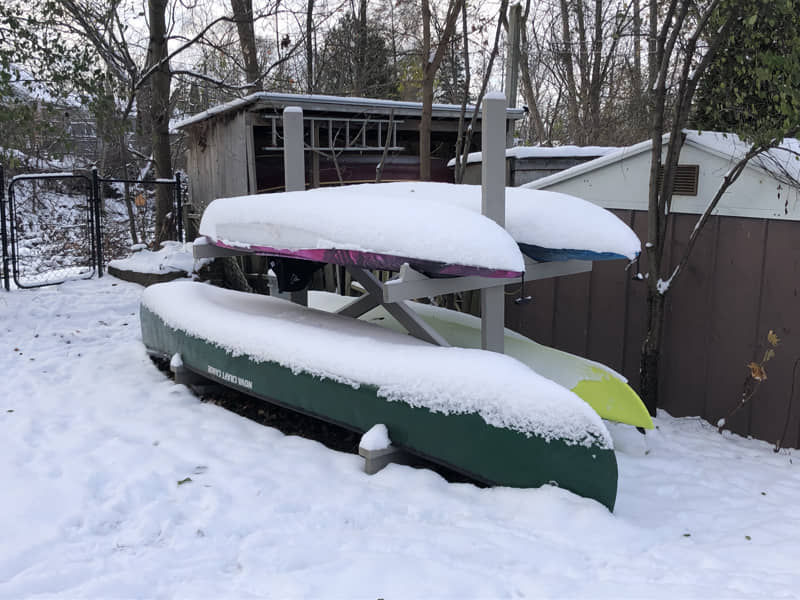 I spend a lot of my free time riding one of my bikes around the Kawarthas. Many people understand what road riding and mountain biking are, but fewer are familiar with the sport of cyclocross. It’s a sport that takes place in the fall on courses about 3 km long. Laps of the course are completed until the time limit of the race is up. Depending on the age and skill level, this is usually between 30 and 60 minutes. It’s a sport with many transitions, as you’ll encounter changes in slope (from steep uphills to steep downhills), surfaces (everything from pavement and packed dirt to mud, snow, sand and ice), and intensity (riders are usually on and off the “gas pedal” frequently, as the terrain and conditions change over the length of the course). Riders even have to quickly dismount at obstacles if they can’t ride over them. It’s a great spectator sport, as there’s always a challenging feature to check out and racers of all skill levels are always riding by.

In 2018 and 2019 I was part of a team that hosted the Canadian National Cyclocross Championships in Peterborough. As course director, I was responsible for designing the course, obtaining the materials to put it together (think over 1,000 4′ tall plastic stakes, often used for electric fencing on farms and other rural areas), setting up the course and maintaining it during the three-day long event.

Being a woodworker, I thought it would be funny to tell people I was going to build all the stakes for the course. And not only build the stakes but make them all artisanal quality with each stake being beautiful and unique. It would have been a monumental undertaking, and one that would have been pointless. After all, cyclocross racers don’t need fancy stakes to enjoy the course.

Bring it to life

To bring my idea of a completely artisanal course to life I decided to make a video (below), showing people how foolish you would have to be in order to take on a project like that. I staged an interview-style video where it looked as if I was being interviewed by someone while working in my shop. Showing how unhinged someone taking on this task would need to be, I eventually started knocking stuff over and getting a bit wild. Pretty silly, I know.

The Canadian Cyclocross Championships will take place on Vancouver Island this weekend. I have a feeling they were smart enough to use proper stakes to set up the course, but we will have to wait and see. Visit BearCrossGrandPrix.com for more information about the race.

Steep Hills
One of the main features in cyclocross are the steep hills, both up and down. Here, I’m just about up the longest of the hills, which had turned to grease after 500 riders had raced many laps of the course over the weekend. 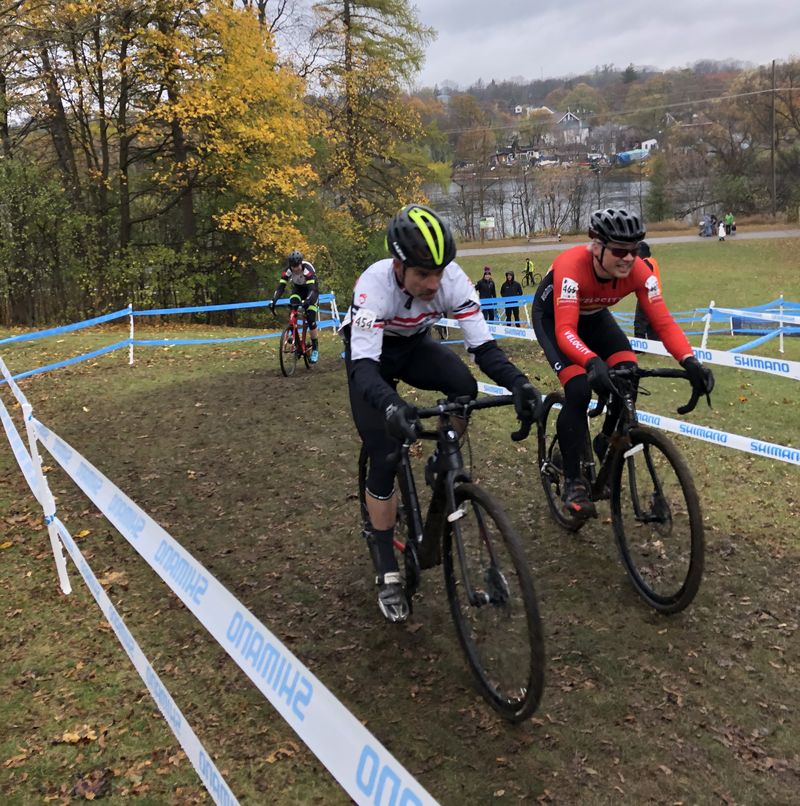 Many Transitions
Here is the steepest section of the course. I don’t think anyone was able to ride the whole slope, which was about 35° and littered with deep divots left from racers kicking their cleats into the dirt. 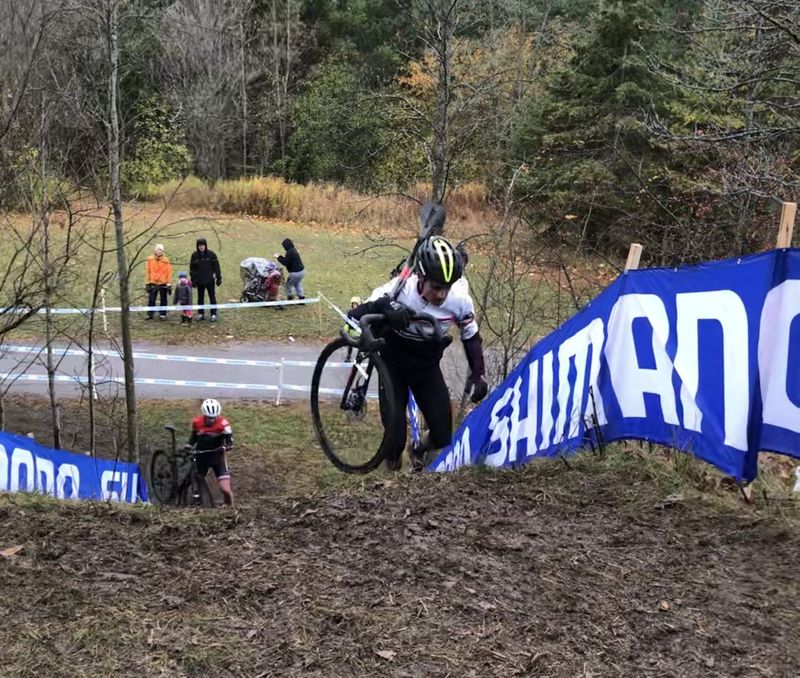 The Home Stretch
This is the very last section of the course. It dipped part way down a muddy hill, only to climb back up the hill and lead racers to the final straightaway. 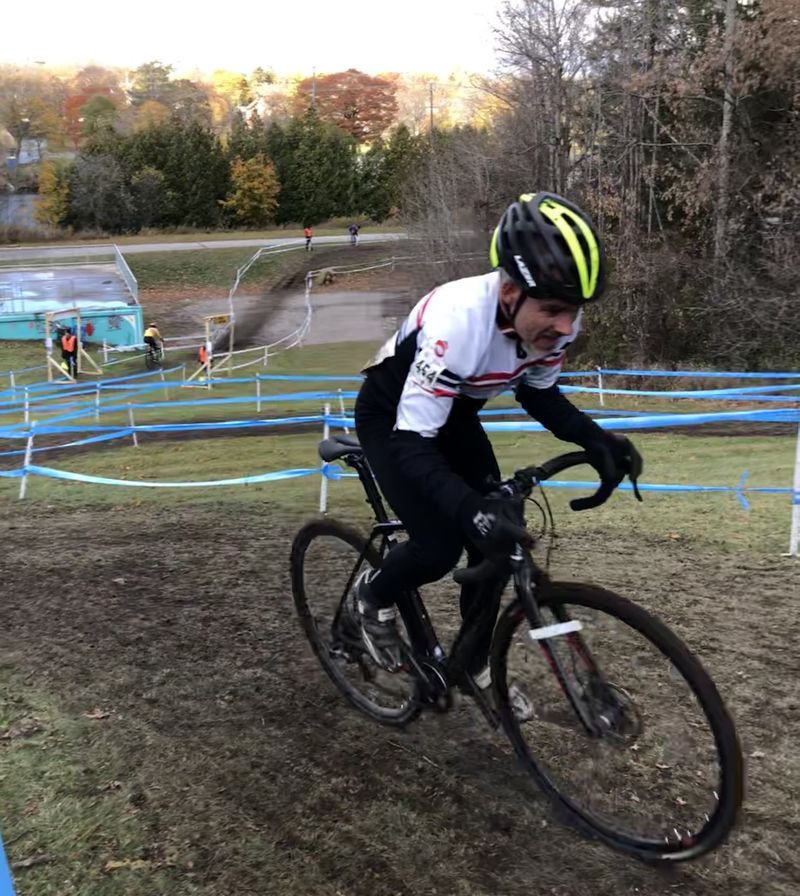