Home From Rob's Bench When accuracy is a bad thing, two types of woodworkers, do trees have faces?

When accuracy is a bad thing, two types of woodworkers, do trees have faces? 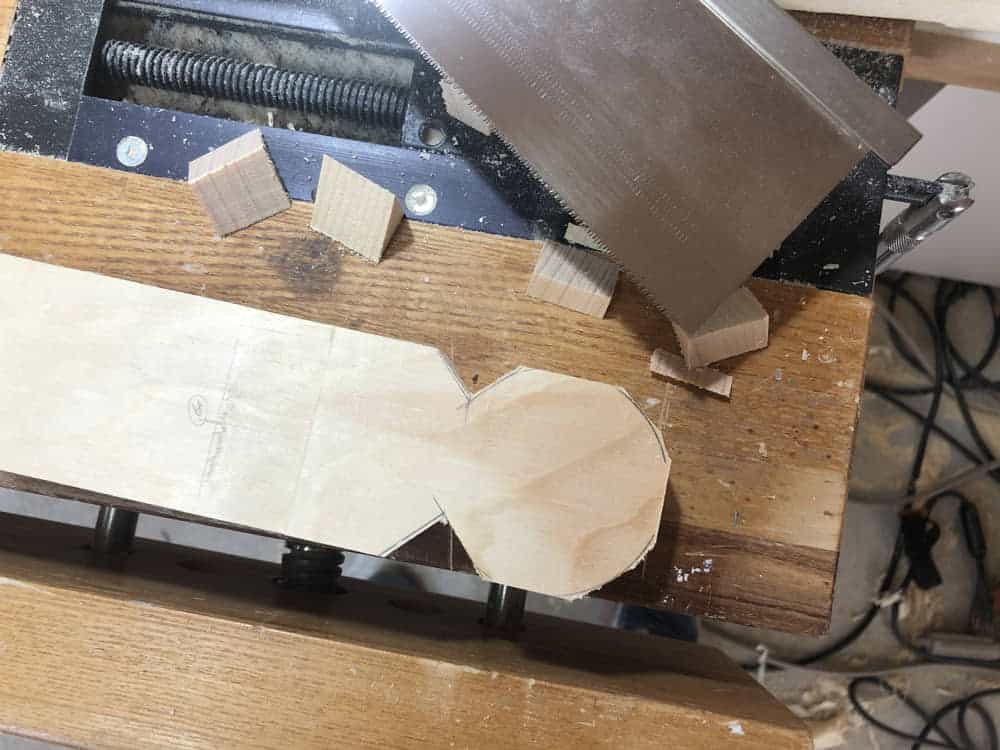 Irrelevant to the amount of time you spend (or sometimes waste) being overly accurate, or how working to tight tolerances may deplete your ability to focus later in the day, there are actually times when it’s simply better to not be so accurate.

As I’ve mentioned in previous columns, I’m working on a bunch of antiqued pine pieces of furniture for a custom residence right now. For this job, tight tolerances are sometimes needed, though it’s rare. It was difficult at first, but I’m getting the hang of it now.

As I was working on a desk the other day, I came across a situation that made me think about last week’s column. One of the details I was working on were the two shaped ends of a horizontal desk rail. I had only a rough picture pulled from the internet to work from showing both ends of the rail were shaped with a round detail, so I reached for my compass to lay them out. I then realized I could take a simpler route and just roughly trace the lid of an aerosol spray can. And rather than cutting it evenly on a bandsaw or scroll saw, I used a Japanese hand saw to remove most of the waste to create facets before using a file and coarse sandpaper to even things out a bit. The result was an aged, well-worn look that was perfectly in tune with the style of piece I was working on. If I had cut the circle perfectly, the entire look would have been too uniform and new looking.

A few minutes spent laying out, cutting and shaping the ends of the rails were enjoyable, and left me both looking forward to doing more of this type of rough work and being in the right mental position to be accurate later that day when it was needed. The best of both worlds, really.

I guess we typically think taking more time and being more accurate is a good thing, but that’s not always the case. In this case it would have led to a less authentic look. I find a certain level of imperfection in a wooden object is a sign that it wasn’t made by a machine, and that a human hand had a part in shaping the object. In my mind I like to “see” the craftsperson taking the time to create every facet and detail on a piece.

I add texture to a lot of my pieces. When texture is added too evenly it loses some of its appeal to me, and I’m guessing other people may feel the same. A bit of imperfection lets someone know the texture was created by a maker’s hand; each and every one of the divots, scallops or grooves was focused on for a short period of time and carefully created. Perfection implies machine-made and what fun is that?

Maybe we could divide woodworkers into two camps: those who naturally work with a high level of accuracy, even if it’s not needed, and those who say “close enough” with ease. I’m in the former camp, but I’m trying to mix in a healthy dose of the later. There’s got to be a sweet spot somewhere in the middle, doesn’t there? After working wood for about 30 years, I’m finally learning to tell when it’s okay to switch gears.

Do trees have faces?

Trees can grow in some pretty spectacular ways. We woodworkers usually use the grain of a certain piece of wood to accentuate a piece of furniture or woodwork, but sometimes it’s before the tree is even felled that they’re fun to look at. I stumbled across this collection of living trees that had almost too much life in them. It’s pretty hard not to think trees are even more alive than we ever knew after seeing these shots.

Simple Layout, Simple Cuts
Rather than approach the ends of this desk rail with extreme accuracy in mind, I quickly traced a lid that was laying on my bench, grabbed my Japanese saw and made a few cuts to remove most of the waste.

Rough Around the Edges
After hitting the sawn facets with 80 grit sandpaper and smoothing all the sharp edges, I had the look I was after. If this was an antique desk, this protrusion would have seen its fair share of bumps and knocks over the years, so a “rough around the edges” look is perfect. 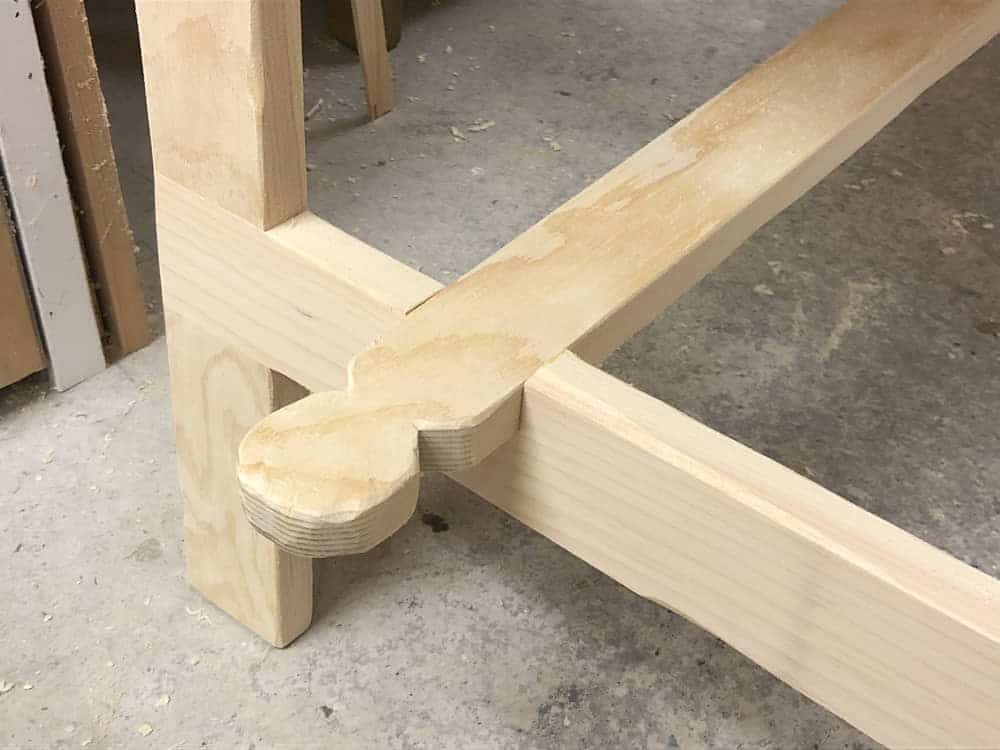 Small Part of the Whole
The shaped detail on the ends of this desk rail is only a small part of the overall look, but it adds a unique design element to an otherwise fairly simple desk. 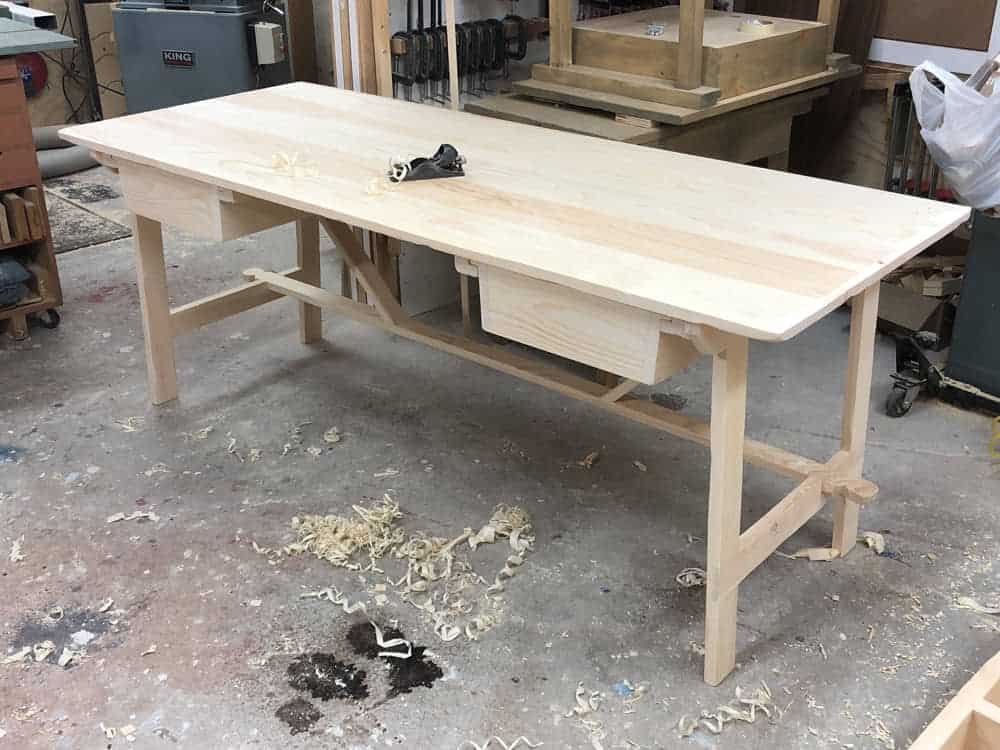 Imperfect Texture
This is a closeup shot of a door detail I added to a cabinet a few years ago. A maple edge, with a wave motif, was added to the door panel. Horizontal grooves were carved into the door panel. All of the carved elements are imperfect, but that’s what I like most about them. 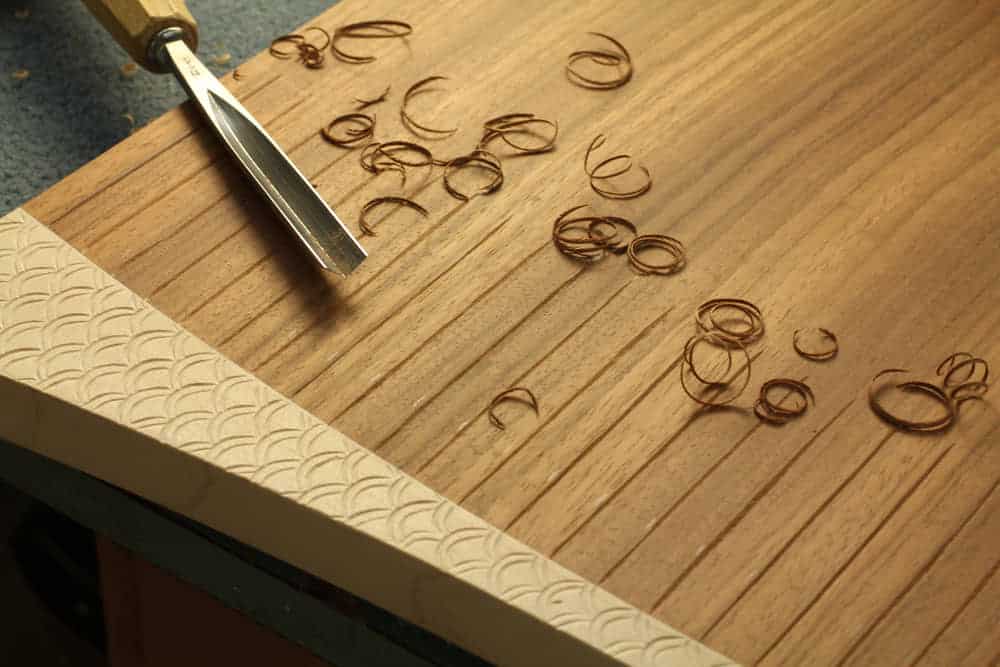