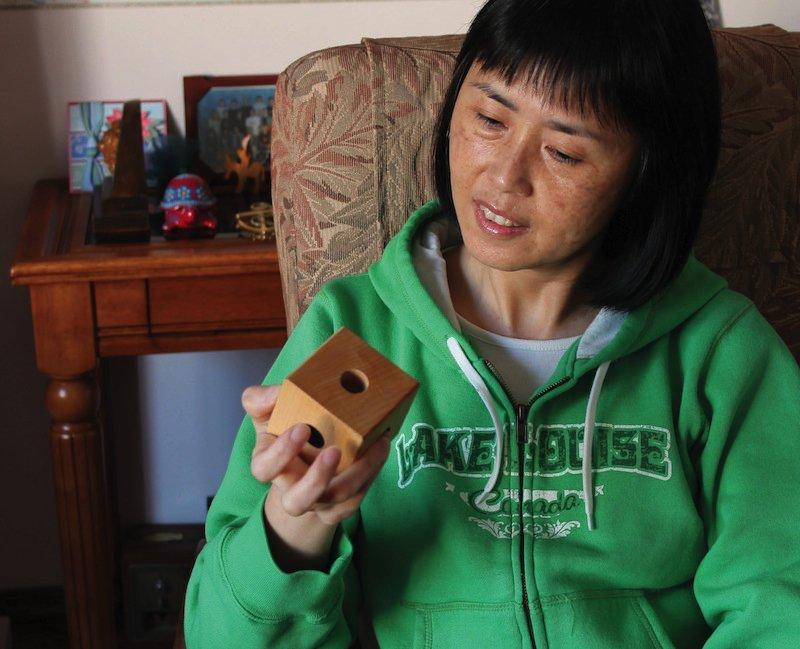 All children have a natural love for toys, but they also have a natural interest in tricks. This magic cube will grab the attention of any child, and will cause adults to wonder how it was done too. 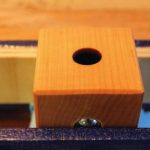 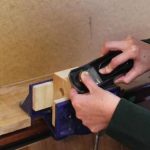 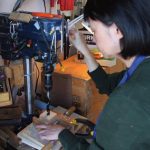 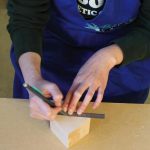 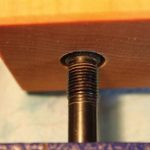 When I was a teenager, the Rubik’s Cube was a popular puzzle toy. Over the years a number of solutions have been developed for solving the puzzle, but they all are still too complicated for me. Here’s another kind of magic cube that is equally puzzling, but much less intimidating. Had the tree grown around the steel ball? Was the block of wood carefully glued together to conceal joint lines?

Find the Center
Using a ruler, Choi marks a line from opposite corner to opposite corner, then repeats the task with the other two corners. The intersection of the two lines is the center of the face. Drill the Holes
With a clamp attached to the block so Choi can better grasp it, she uses a drill press to bore the required holes. 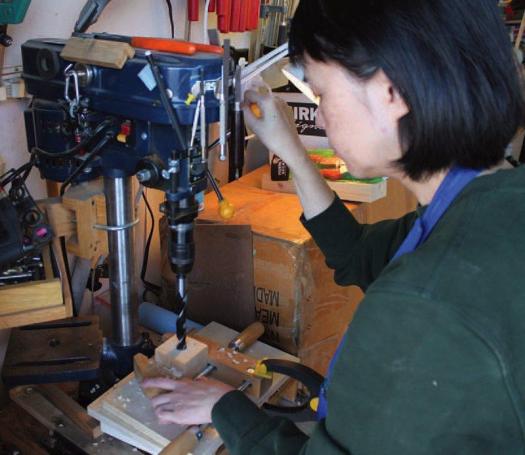 Shape the Cube
With a block plane, rasps or even a router bit, Choi adds some shape to the cube. 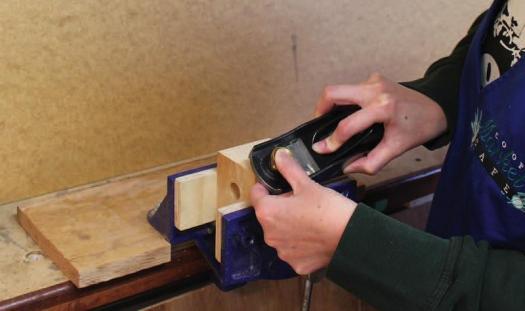 Part Way In
Using a vise, Choi presses the ball into the end grain surface of the cube until it’s flush with its outer surface. 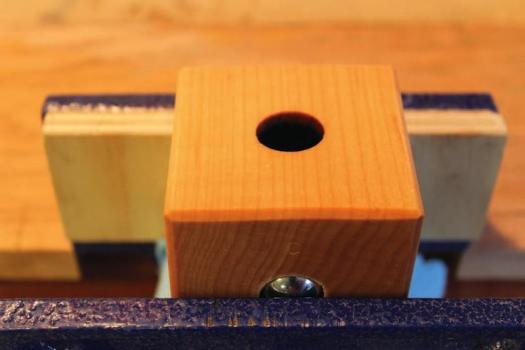 The Rest of the Way
To push the ball the rest of the way into the cube, a bushing was used in conjunction with the vise. You could also use a dowel that is slightly smaller than the hole. 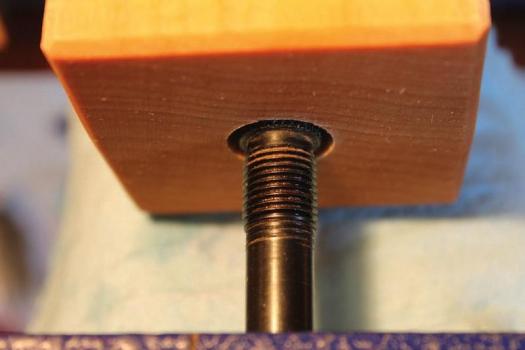 You’ll need a steel ball, a block of wood and a short dowel slightly smaller in diameter than the steel ball’s. I happened to have some scrap maple in the desired size, so maple was used for this project. Mill up a piece of wood 2-1/2″ square.

As in any project, big or small, the first step is laying out. Find and mark the center point on each side with a centerfinder or by drawing two diagonal lines. Measure the diameter of the steel ball and find a drill bit that is slightly smaller than the ball’s diameter. In my case, the ball is 18.9 mm in diameter and the closest bit I had in the shop and used was an 18 mm brad point bit.

Chuck the drill bit in the drill press and bore through holes on three of the sides, using a backer board to prevent blow-out on the bottom. Make sure to use a clamp, or other hold down device, to ensure the wood cube doesn’t get away from you when boring the holes. Alternatively, you can drill holes halfway through from each side. Since the block was hardwood, I sprayed some lubricant on the drill bit to reduce friction and cool down the bit between boring.

The magic cube can be of a simple square shape or fancier, with profiled edges, created using, for example, a router bit. If you plan to get your child involved, you may show them how to use a hand tool or two, such as a small block plane or a rasp to chamfer the edges. Sand all the surfaces to 120 grit after the desired shape is cut.

The trick in this magic cube lies in softening the wood fibres with water so the ball can be pushed into the chamber through one of the holes. Immerse the block in the water for at least eight hours. I covered the block with a soft cloth to keep it from floating above the water level. If you want a shorter waiting time, boil the block in low heat for about 15 minutes and let it soak for two hours.

Remove the block from the container and wipe off any excess water. Apply a rust prevention lubricant like WD40 or oil to the steel ball. To prevent any wood splitting, the ball needs to be pushed into the chamber through a hole in the end grain, not one in the face grain. Butt one end grain surface of the block against one jaw in a vise and close the vise gradually to squeeze the ball into the hole on the opposite end grain until the ball is almost flush with the face. To push the ball into the chamber, I used a bushing as a push stick. Bingo! Your first magical toy is born.

Spray a generous amount of WD40 into the chamber to coat the ball. Let the block dry in room temperature, but away from any air vent or direct sunlight, for at least a few days, as the block will crack if it is dried too quickly. Sand down any uneven surfaces or distortion caused during the soaking or clamping process. Apply a few coats of oil finish to the cube inside and outside and, if desired, a wax finish on the outside.

As you can see, this cube is easy to make, but can prove challenging even to those who are good at solving the Rubik’s Cube! 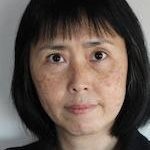 Lorraine Choi has access to all kinds of power and hand tools that her husband keeps in their garage, but this was her first attempt to complete a project all by herself. 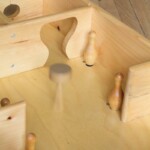 Devil Amongst the Tinkers
This fast-moving game is easy... 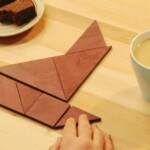 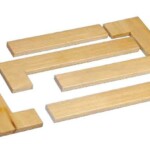 Seven piece cross puzzle
The object of this puzzle... Sandwich puzzle
The object of the sandwich...