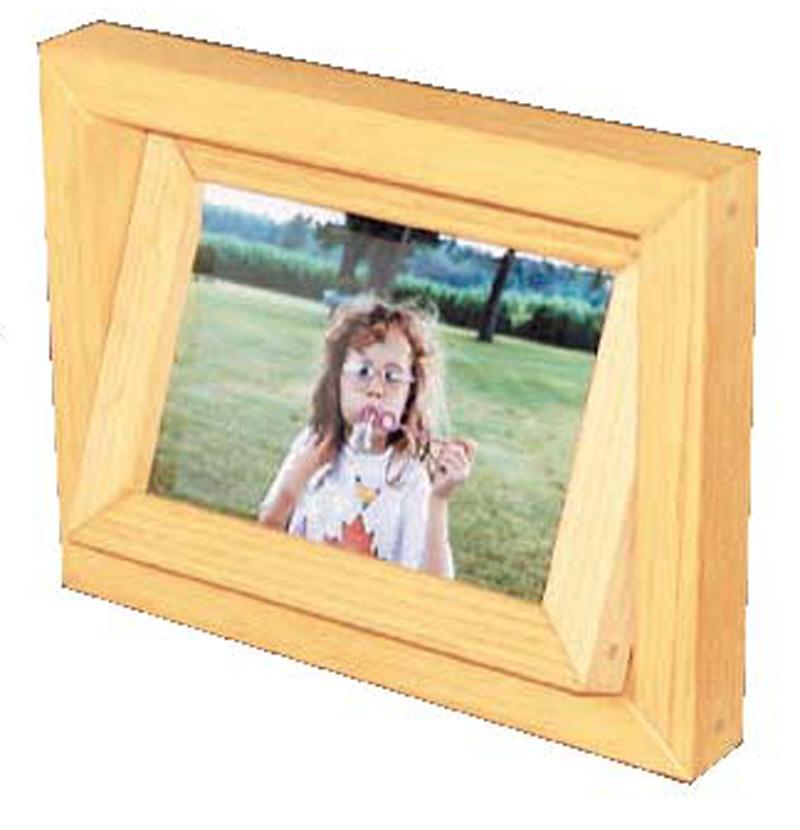 Although not obvious at first, this is a two-sided picture frame. The removable end piece of the inner frame allows both sides to be presentable. Simply rotate the inner frame to display the photo on the opposite side. 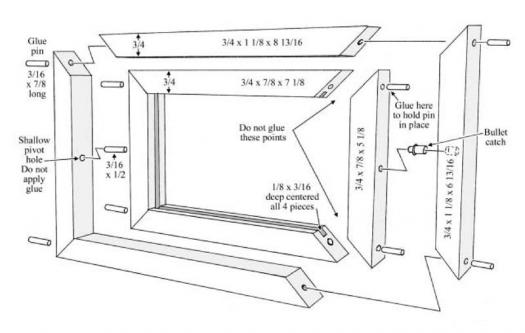 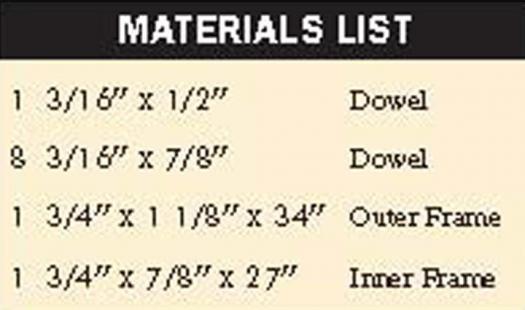 Because 4” x 6” is the most common print size, that’s the size of photo that I designed this frame for. With a few adjustments, you can make yours to fit any size picture you wish. Start by selecting knot-free material. For ease of construction, I used clear ¾” thick pine but your favourite wood will work just as well.

From the material list you’ll notice there are two widths of material used. The outer frame is slightly wider for stability. Prepare your pieces to the sizes noted on the drawing. If you don’t own a mitre saw, this is a good time consider getting one. A good mitre box or table saw mitre gauge would also do the job.

Lay the pieces into position and mark the corners so you will be able to put them into the same order later on. Next drill the 3/16” holes for the corner dowel pins. I have purposely allowed the glue pins to be seen after assembly. This adds a visual effect to the corners of the frame in addition to making it easier to install the pins.

There are a couple of ways to drill the holes. If you have a picture frame clamp, clamp one of the frames so that you have enough room to drill the holes in all four corners with your hand drill. I don’t have a picture frame clamp, so I drilled the hole in the end piece first. Then, with a little jig similar to a carpenter’s square that holds one corner at a time, I drilled the mating piece by drilling through the hole in the end piece.

Drill the holes for the pivot dowel and the bullet catch next. You’ll want the pivot dowel to stick out of the inner frame by only 3/16” and the mating pivot hole in the outer frame to only be 3/32” deep (the drawing says shallow). For the bullet catch, drill what suits it. I used a ¼” catch and had to drill a 9/32” hole. Figure that out! For the mating hole, match the bullet itself and stay shallow there, too. If you drill too deep, your frame will be loose. I only put an indent there at this point and did my “final adjustment” after I had the frames assembled.

Sand your pieces. If this will remove your corner marks, rewrite then on the ends of the mitre where they won’t be seen after assembly. I removed all sharp edges including those on the face of the mitres to make the corner joints obvious. That way, the removable end of the inner frame that is not glued will not be noticeable.

Assemble your frames with glue, except of course the end of the inner frame that remains removable. Only glue the pins into the end piece here. These loose pins are what hold the loose end in place and allow it to be removable. When installing all the pins, leave a little sticking out so you can sand them off flush after the glue hardens.

Do a trial fit of the inner and outer frame with the bullet catch in place. I found I had to make minor adjustments to the pivot dowel and the hole for the bullet catch. Once complete, remove the bullet catch, do a final sanding and finish your project to add colour and protect the wood.

There you go, now you have a two-sided picture frame. It might be fun to put two shots showing the changes that occur over time such as your cottage or your child from years ago and as they are today. 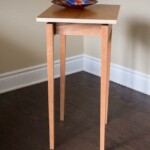 Build a Side Table with a Floating Top
This simple yet stylish side... 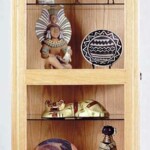 Curio cabinet
This project is one of... 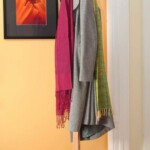 Build a Coat Tree
A simple solution for entryway... 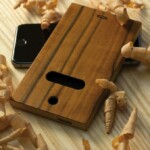 Make a Smartphone Case
Technology is often shiny and...