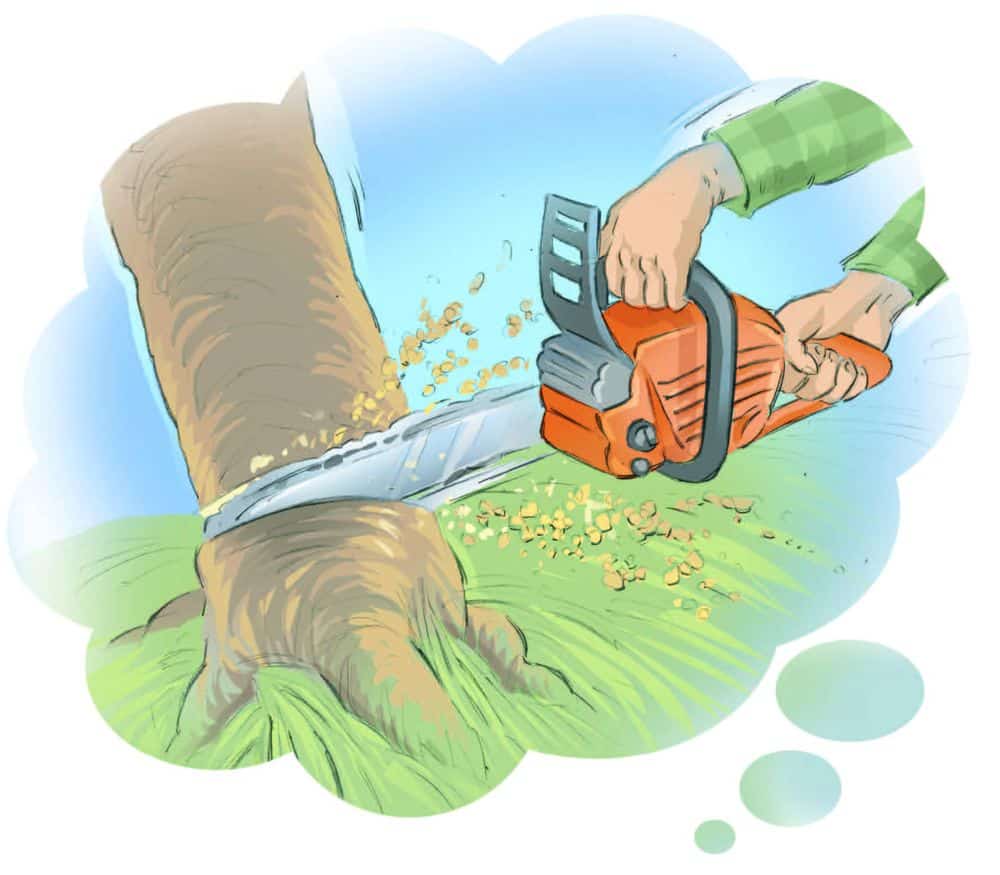 As most of you are, or at least should be, aware, I recently moved across the country. Recently, as in about three years ago. The house we bought came fully equipped with a garage, which I instantly confiscated for use as a shop before my wife could claim it as a craft room or, horror-of-horrors, a mother-in-law suite.

Although the garage came fully insu­lated, it was only wired for 110 Volts, and not much of that either, just two outlets and a wall switch. It was so small that the light switch intruded into the floor space and I had to recess it into the wall just to open the door. I had to use a 40-watt light bulb because the 60-watt bulb located on one wall threat­ened to set the opposite wall on fire.

Even though these were but minor problems, there was still one rather large one to deal with. The square footage of all my combined equipment was roughly three times that of the available floor space. Heck! My table-saw alone takes up more than 50 square feet with its slid­ing and outfeed tables. And suspending my lathe or 16-inch planer from the ceil­ing to free up floor space is not a viable option. Or so I quickly learned.

After spending days and then weeks attempting to fit 1200 square feet of equipment into a 500 square foot space – something only a designer would ever attempt – I reluctantly came to the conclusion that either I could give up woodworking or I could build an addition to the shop. I decided on an addition.

I was lucky in that the garage hap­pened to have a large window on the west wall that looked out onto the back­yard. All I needed to do was remove the window, cut through the stucco exterior and the interior wall beneath the win­dow, remove the extremely large pine, spruce, or catalpa tree that overhung the entire backyard, and then build the shop extension down the length of the garage. A very simple plan dreamed up by a very simple person, apparently.

It seems that my wife of oh-so-many years has a strange affinity to very large trees of any persuasion. The tree, whatever it happened to be, had to stay. We argued, we discussed and we fought long and bitter over the fate of that stupid, stupid tree, but since I am fond of my wife – and more than a little scared – within 20 seconds or so I had made the magnanimous deci­sion to leave the tree where it was and figure out some other solution to my dilemma.

By carefully pruning some extrane­ous branches, I figured I could squeeze in my addition between the garage wall and the tree trunk with maybe even enough space under the eaves to store my kayaks and install a lumber rack. I got to work and laid out the floor joists and screwed down the flooring. The final floor space was eight feet wide and ran the full length of the garage. I gave it just enough of a setback that the building inspector couldn’t spot it from the street if he drove past.

With the semi-careful application of my son, an axe, a saws-all and a chain­saw, I managed to remove just enough of the tree to slide the pre-assembled walls into place and nailed them securely to the floor. After that, it was a simple matter to install the roof. The only prob­lem we encountered was the lack of space between the branches and the roof surface while shingling. I had never shin­gled a building while lying flat out on my stomach as tree branches threatened to sweep me from the roof, but I learned quickly.

Once the new room was closed in and wired, I removed the window from the garage wall and installed it in the opening I had fortuitously, and some­what belatedly, left in the addition. I cut out the remainder of the wall and was eagerly looking forward to installing my equipment in its bright, spacious new home.

That evening, my wife informed me her parents were selling their house and moving into a retirement home.

My father-in-law needed a place to store all his tools.