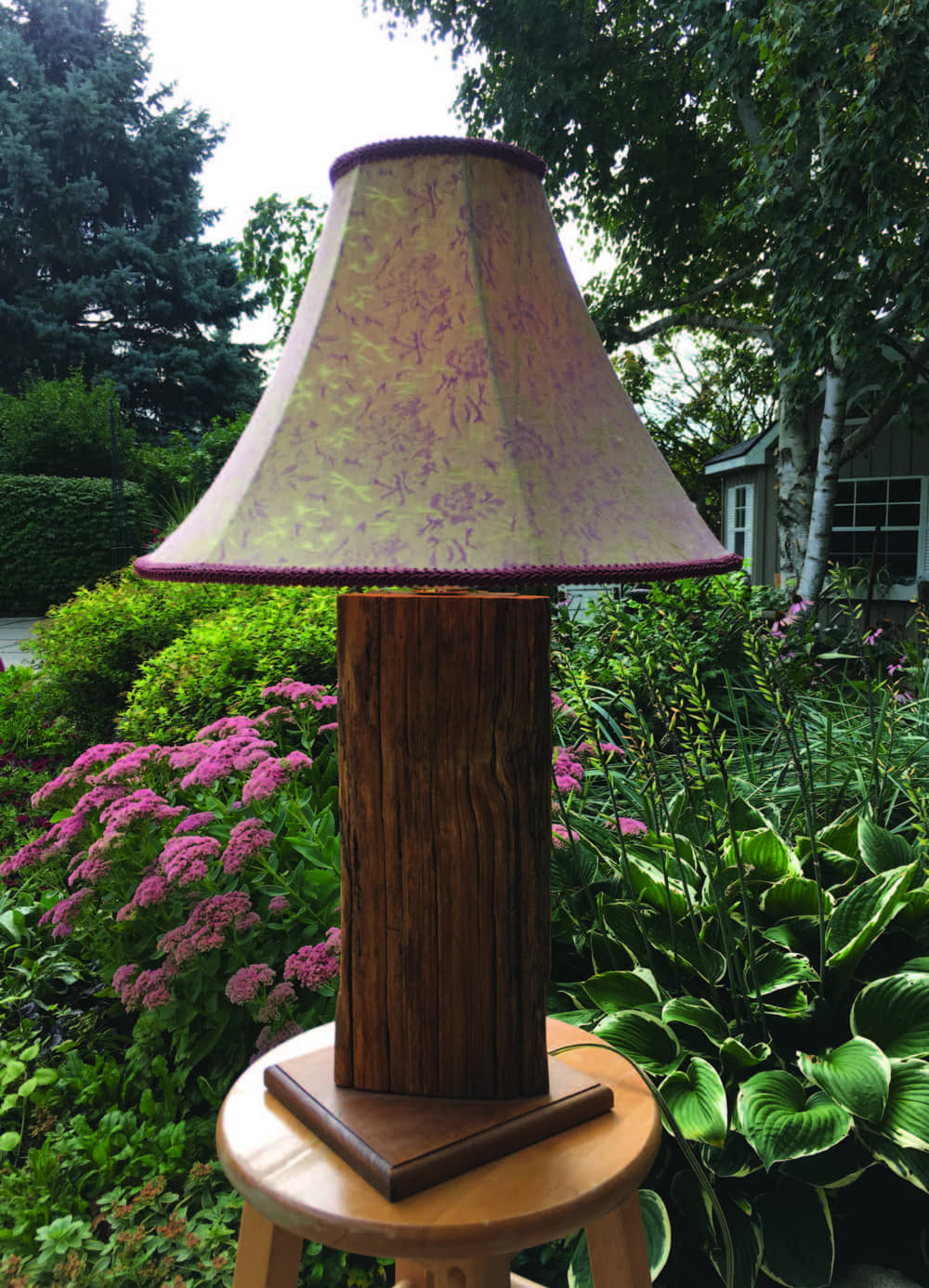 If a rookie woodworker with almost no experience can make this cedar post lamp, you can too.

Readers of this column over the past few issues have been treated to recent tales of failure and success as I navi­gate the new world of woodworking. But this isn’t my first foray into the hobby. A decade ago, after graduat­ing from university and still searching for a job, I was looking for a way to make Christmas gifts for family members, that wouldn’t cost a ton of money.

I went into my Dad’s woodshop and started experimenting. I made a candleholder for my girlfriend (now wife) but I wanted something unique and interesting for her parents.

“Why don’t you make them a lamp out of an old cedar fence post?” my dad suggested.

I was hesitant at first – the only thing I doubt more than my wood­working skills is my electrical skills – but figured I’d give it a shot.

We had a huge pile of cedar rails on the farm, and it seemed like a fairly easy building material to work with. I started by bringing a rail into the shop so the snow and ice could melt, and it could dry out over a couple of days. The next step was to cut the piece to length, about 13″, and then I took a revolving drill brush to it to knock all the dirt, mud and moss off. Next was a handheld brush to remove the caked-on dirt and to expose some of the nat­ural wood grain.

I took a 1″ spade bit and drilled a hole down the center of the post for the wiring. The bit wasn’t long enough to go the entire length of the post, so I had to flip it around and drill from the other side.

For the base, I took a 1/2-” piece of cherry and cut it into a 7″ square. I drilled a 1″ hole in the middle of the board to align with the hole in the post, then drilled a smaller hole from the edge of the board inward. This allowed me to feed the wire through the wooden base and up into the cedar rail without interfering with the base of the lamp. The only portion of the wire visible was the piece that extended from the lamp to the wall.

Finally, I centered the rail on the wood and attached it by counter-sinking three screws from the bottom, along with a little bit of wood glue. I used a roundover bit to put a decorative edge on the base.

I went to a lumber supply yard and bought a packaged wiring kit off the shelf for about $15, which really drove up the cost of this project. If I were to do it again, I think I’d go to a thrift or second-hand store and buy a used lamp off the shelf for a fraction of the cost (just be sure to test the lamp before buying it).

I put a couple coats of clear Varathane over the entire lamp to allow the natural wood to shine through. The cedar rails look grey and dirty out in the field, but they have a nice, soft brown colour once they’re cleaned up.

The lamp was a hit with my future in-laws, and they had it in their kitchen for about nine years before finally relegating it to a shelf in the basement.

It’s a simple build and can be done in just a few hours once the cedar rail is dry. If someone with almost no experience in the woodshop can make it, you can too.