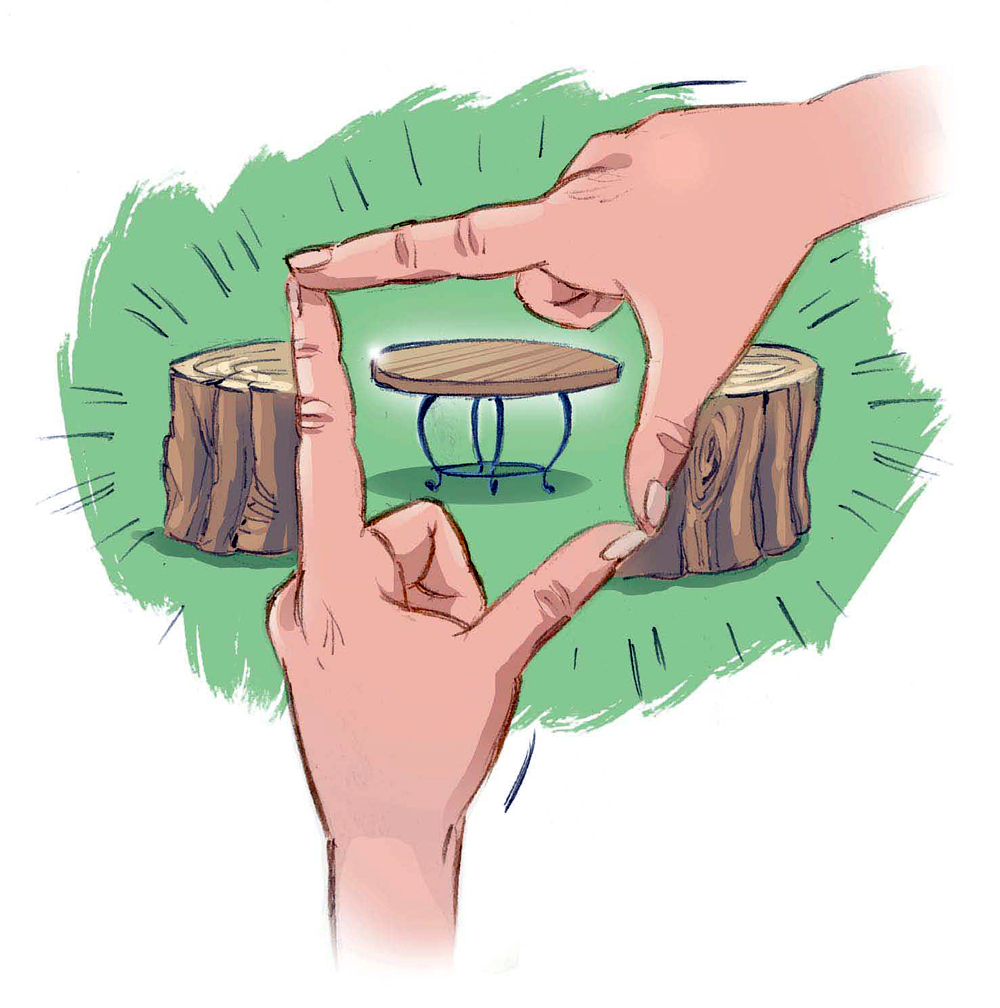 Sometimes the projects you think you see in scraps of wood aren’t really there.

You’ve likely heard of the phenomenon called a mirage – when light bends, or refracts, to create a false image along the horizon. The classic example is when light reflects off the desert surface and resembles water in the distance. But you didn’t turn to the back page of this magazine to read about optics or refraction. So, what has this got to do with woodworking?

In early August my dad demonstrated what I’ve come to call the woodworking mirage – when you think you see a potential project or idea in a scrap of wood that maybe, probably, isn’t really there.

We spent a few days pulling tree limbs and branches out of the woodlot on my grandfather’s farm to cut and split into firewood for the winter. A professional logger had cut down the trees we were removing, but it was still hot and gruelling work to cut them into smaller pieces and carry them out of the forest using the tractor.

A few hours into the first day, my dad paused and started eyeing up some of the smaller treetop branches that we’d been ignoring – they were only about four inches in diameter or smaller, so not really large enough to salvage for firewood – and I could see the gears in his head turning.

“You know,” he said excitedly, “I could cut these a few feet long, then cut them in half lengthwise and flatten the bottom, and they would make a nice centrepiece or candle holder.”

A few seconds later he shook his head, as if he was talking him­self out of the idea he had just proposed. “No. What am I talking about? I’ve already got enough wood.”

The affliction must be genetic, because I’ve repeatedly caught myself exhibiting similar symptoms.

In late February, my wife and I decided to get new carpeting and baseboards in the upstairs of our home, so I started ripping out the 70-year-old baseboards.

They had been there for so long, and secured to the wall using some pretty large nails, so I had to use my oscillating multi-tool to cut them into smaller, more manageable lengths that I could pry away from the wall without punching big holes in the wall.

As I removed the boards – approximately two inches tall and about a quarter inch thick – I started thinking about all the ways I could reuse the material. It was still in good condition, and they could be turned into picture frames.

I collected the pieces in a large Rubbermaid container and lugged them downstairs, but before I could get them out to the shed my wife, Becky, asked what I was doing.

I told her my plan and she just scoffed. “You’re just like your dad,” she said.

I added the baseboards to a pile of old 2x4s I had saved from my shed demolition last summer with the goal of turning those into decorative blanket ladders.

But sometimes the mirage truly has the potential to become a great woodworking project.

Just a few days after my dad and I were done salvaging the branches in the woods, we started cutting the large chunks into more manageable pieces that we could split into firewood. That’s when we came across a beautiful teardrop-shaped piece of oak.

The stump was about 2′ thick, and the top was over 2′ feet long and a foot wide. There was virtually no rot inside.
“That would make a fabulous table!” my dad cheered after the chainsaw split it into two pieces.

I nodded along in agreement. “Yeah, Dad, I think you’re right.”