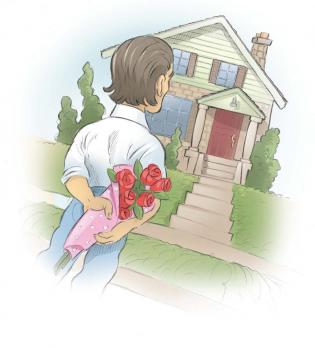 You know that intoxicat­ing feeling, that insensible rush when you meet an object of affection for the first time. The search has been exhaust­ing and disappointing up until that point. You’ve caught yourself too many times wondering if you might some­how shoehorn a prospect into the role of soul mate but it hasn’t been a fit. Goodness knows you’ve been actively looking. And then, almost by accident, you stumble across one who leaves you humming with anticipation and excite­ment. When your realtor begins playing matchmaker, she says, “I don’t want you to find a house you can live with. I want you to find a house you can’t live with­out.” And eventually you do. Entering her foyer for the first time there is a sense of coming home. It is beautiful and cataclysmic, and leaves you a little pos­sessed. After a tempestuous courtship, chaperoned by your realtor, you hook up and move in together three months later.

Your friends gush but your family seems a bit unsure, as if they think you can do better. She seems like a bit of a project. But you don’t see that for months. There are dinner parties under her dimmable pot lights and intimate moments to share under the shelter of her storey-and-a-half roof. That is, after you’ve painted her in your favourite colours and hung your posters and family photos on her plaster walls. That first year together is incan­descent, and no memory will replace it.

As time passes, however, you begin to notice little things you hadn’t at first. In a way that makes you wish you could see her again at the beginning, you real­ize that her make-up is smudging and running a bit, and some signs of age and artifice are beginning to appear: the outlines of each sheet of drywall sud­denly crack, revealing that no tape was ever used on her joints, that the vents in the ceiling of her verandah are to dry the leak in the EPDM membrane of her inset balcony above. The trough in her basement floor is to divert the seasonal runoff that seeps through each year when the frost comes out of the ground, and that the clean sexy lines of her roof when viewed from the right angle bely a deformity caused by the sinking of her interior skeleton. You begin to realize that she’s older than she originally let on, or perhaps has lived through some neglectful relationships, or carries some heavy baggage from her early years.

It’s dismaying, but you find yourself compiling a wish list of changes you could make to her. Which feels devi­ous and even unfaithful – after all, you love her, right? And love is selfless, and doesn’t require her to be anything other than who she is – but you can’t deny it, you reach a point where you need to stay and commit and work through your issues or move on, and find another place to live. And somewhere between dreaming of a new kitchen, and check­ing out the floor plan of that cute house down the street overlooking the park you realize that she’s it – you will never replace her and be happy. But you’ll never be happy if she stays the same. You begin to leave kitchen designs on her breakfast bar, and tile samples for the bathroom reno on her bedside table. She doesn’t pick up on subtlety, though. Eventually there is a summit. And amid the tears and the insecurity there is a last ditch effort to make it work. The thera­pist/designer you hire gives you a vision of change, and all of the changes seem to be with her. You can’t believe your luck.

You strip back the pretense of her plaster and remove the buckled painted wallpaper of her early years and can’t believe your eyes. Her sagging is far worse than you expected, revealing a shrunken brittle frame which, of course, creaks and sags and admits mice in the autumn. And like a scab you can­not help but pick, you peel back the bubbling veneer of her facade to find your heart twisted in compassion and grief and anger. That she could have survived so long in such anguish, that she has been so neglected in the span of years – and yet profited from! Her parent-builders and former boyfriend/owners arranged marriages for her and auctioned her off like an aging slave or a lame horse. For over twice what they paid for her …

The resolve becomes strong, to remove the cancer of her ductwork asbestos, to sister the joists of her floors, insert steel I-beams and bearing walls she can lean on, to straighten the bent bones of her age and neglect, drawing her back to her glory, the graceful carefree stride of youth, the play of light upon her roofli­nes, the bleaching of her siding. You spend months working on her and give it everything you have to give. Your eve­nings, your weekends, what feels like your best moments are spent inside a dusk mask in her attic, or patching her narrow strip hardwood, building bulk­heads and performing the structurally necessary and cosmetically desirable operations that will return her to what you imagine to be her best version of herself. And then one day you real­ize you are done, or as done as you can make it. It has drained you to the point where you cannot even look at her with­out getting tired. You suggest you need to take a break from one another, while you recharge. A little distance given the claustrophobic amount of time you’ve been spending together lately.

And after that break, you return to her. You are apprehensive as you check her mailbox for the tell-tale post-nasal drip of sub-trades bills. Sure enough, she’s got that common cold. You flick her lights and realize the switches are counter-intuitively positioned, or that it’s an oppressively long way between where you make coffee and where the spoons are located for stirring – little things. Fortunes are made and lost on little things, you think. But you give it a chance. The position of her island butcher-block, the quirky binding of the door upstairs. After several weeks you find yourself glossing over the tiny things, the inconsistencies which at first bothered you, but which slowly, unknowingly you adapt to; her quirks become endearing. And you realize that for all your plotting and planning and scheming she has changed but so have you. Instead of tailoring her to fit your needs, you two have grown together, have accommodated yourselves to one another in an intricate nearly impercepti­ble negotiation. You live as much around her realities, the ones you will never change, as you have influenced the ones you can.

And one day you open her door and exult that she is beautiful again, and are grateful she is yours. You soak in her tub as her glass tile glitters, you dim her pot lights, you run her super quiet dish­washer, and you think that it all was worth it, despite the financial and per­sonal costs you incurred. Because when the day has come and gone, and the light has played through her windows, your coffee tastes richest when you sip it from her window seat, the paper sounds best when it hits your front porch after glanc­ing off the brick column in just the right way. You know your neighbours by name, and your house from the inside out, the way you should. 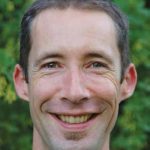