Home Techniques and Tips Beginner's Journey Build it or buy it?

Build it or buy it? 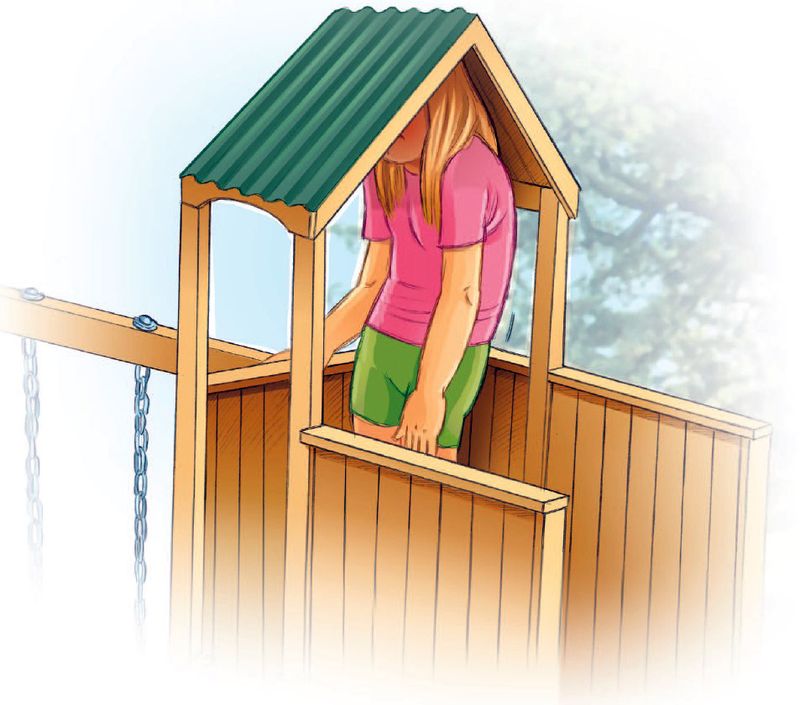 When it comes to constructing a home playground, the easier option isn’t always the best.

Should I build one or should I just buy one? It was a question I agonized over for months after moving into our new house in January.

One of the big selling points of our property was a big­ger backyard, and a bigger backyard meant a bigger playground for our two daughters. A part of me was adamant I had to build it from scratch, which meant ordering 4 × 4 posts, lumber, lag bolts and play accessories, then figure out a way to assemble it all into a fun play structure for them to enjoy for years.

But the other part of me said it would be a lot easier, quicker, and maybe even more cost-effective to just order a kit online and assem­ble it. With lumber prices and supply issues these days, I figured it might be tough to even get my hands on all the materials.

I spent weeks researching dozens of different climbing structures at several different price points. I wanted one that would stand up to the elements, be big enough for my girls to grow into and not break the bank. Sets made of plastic and regular pine lumber were an option, but I didn’t think they would stand up to the elements very well and I wanted to avoid plastic as much as possible.

In the end I opted for a rot-resistant cedar playset with a slide, two swings and a small climbing wall. I studied the photos online and examined the dimensions (about 10 feet tall and 13 feet wide, includ­ing the swing set), and I figured it would be plenty large enough for my two girls. I especially liked the fact it said it was suitable for kids aged 3 to 12 (and my girls are 4 and 7).

A few weeks later the playset arrived in four different boxes of varying length and weight, and it was at this point I knew I was in for a long few days of work and I probably wouldn’t be able to complete it myself.

So, I enlisted the help of my dad and my father-in-law (or Grandpa and Opa, respectively) to help one Sunday morning in May. The instruction manual was quite thick, and there were more than a dozen bags of different-sized screws, nuts, bolts and washers. I decided someone needed to only be responsible for following the instructions and ensuring the project stayed on track. I elected myself to be the foreman.

The cedar components arrived pre-cut, pre-drilled and pre-stained, and it was just a matter of assembling the various pieces together. We worked from about 10 am to noon without any major hiccups, and I decided to head into town to grab lunch while Grandpa and Opa continued working.

When I got back, however, I saw a noticeable look of relief on their faces as my dad thrust the instructions back into my hand. They’d made very little progress while I was gone.
The project went fairly smoothly overall, though there were a few instances where the pre-drilled and pre-cut pieces didn’t quite fit together properly and had to be persuaded with either a hammer or a saw.

By about 3 pm we called it quits for the day with the project about half finished, meaning it sat idle for a few days and taunted my daughters, who wanted nothing more than to play on it.

About three days later I took it upon myself to finish it and I assembled the slide, the climbing wall and the swing without any help (unless you count my four-year-old removing every ratchet from the box and lining them up on the ground).

Immediately I was struck with just how small it was. Sure, it was a little more convenient (and relatively easy to put together), but it was difficult to assess just how big the final project would be through the computer screen.

My oldest daughter can barely stand up inside the top portion, and she’s basically too big for the slide already.

I’ve decided that I’ll build a proper platform and ladder that I can connect to the existing play struc­ture to make it bigger.

I wonder if Grandpa and Opa will help.