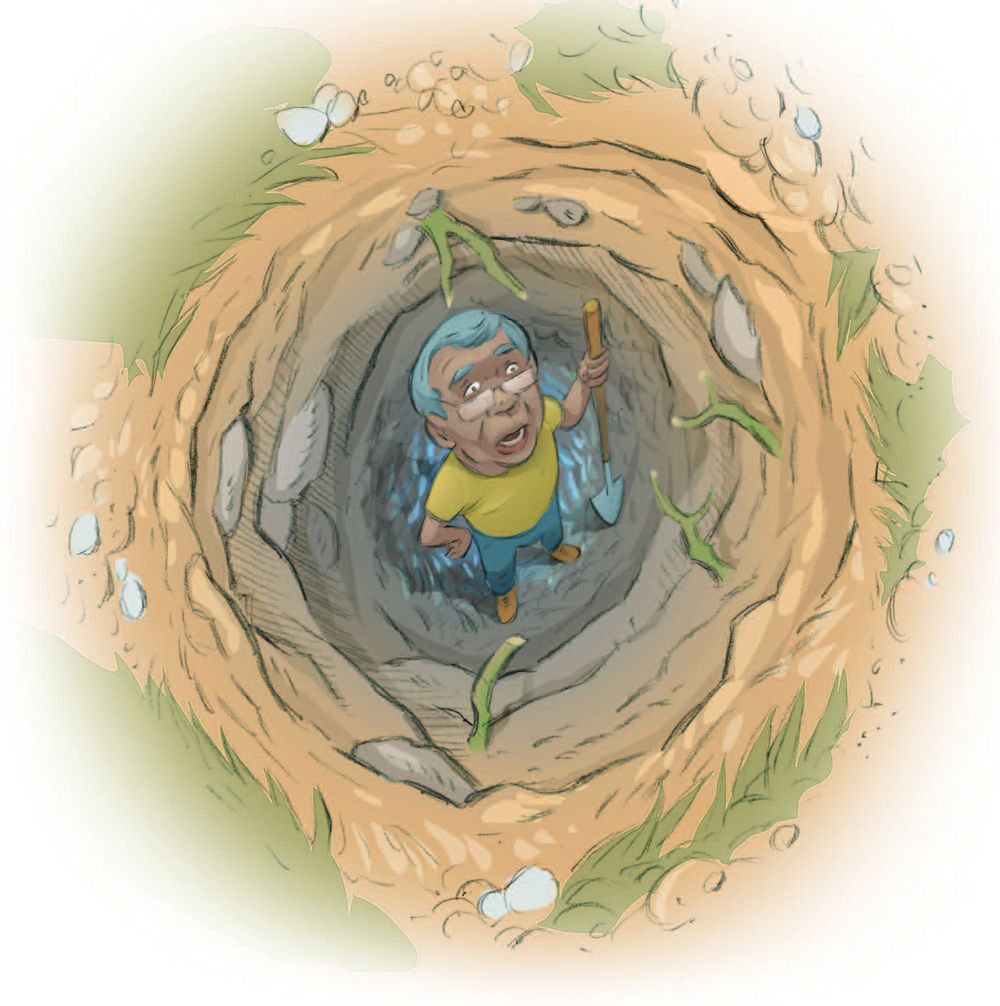 What do you get when you mix termites and ants with water, a poorly made home and a clueless homeowner? If you’re the neighbour, live entertainment.

My neighbour Carl, has termites. Well, not Carl himself, although even that wouldn’t surprise me. It’s his house that has the termites. Normally that would be somewhat worrying but Carl isn’t actually normal. Anyway, his house also has carpenter ants and the two species seem to be continually at war with each other and haven’t yet found the time to eat his house. Besides, the only living thing in that house with any car­pentry experience at all, are the ants. I’m quite sure I saw a little union sticker on a basement stud declaring them mem­bers of Local 238 of the BC (Before Carl) Carpenters Union. The termites, on the other hand, are members of the B.C. Government Employees Union.

Although I said that his house has ter­mites, what I really should have said was that it “had” termites. It seems that there are some advantages to living in a poorly constructed house. In this case the advantage was with the basement’s con­crete floor and walls. It seems that the original builder hadn’t considered using reinforcing mesh or rebar to add strength to concrete. He had also come up with a brilliant way to save on cement by adding just a little more sand to the mix than was called for. In addition he had tossed more than a few rocks from the nearby creek into the concrete forms to fill them up faster, which caused the floor to be a little lumpy and somewhat gritty as the sand leached out of the concrete mix.

In order to somewhat flatten out the floor, he constructed a wooden sub-floor on top of the lumpy concrete. What he should have done, other than tear the house down and start over, was first install some drain tile around the perimeter of the house, seal the concrete, put down a vapour barrier and then bolt or screw the 2 × 4’s down. What he did do was…none of those things. This led to a prob­lem, which in an ironic way, also turned out to be a bit of a mixed blessing when every spring, as the snow melted and the rains came, the basement flooded. The water poured in through the walls and surged up through the concrete floor. The wooden floor, which you may remem­ber wasn’t fastened down, began to float. As the water levels in the basement rose, the floor rose with it. Right up until it snagged on the electrical outlets attached to the walls. Then the flood waters contin­ued to rise and inundated the floor, thus drowning the remaining termite colonies living in the joists that hadn’t been elec­trocuted when the outlets shorted out. It was a rather intricate method to deal with a termite infestation but it did work. As an added bonus, the flooding solved his dry-rot problem as well. It became a wet-rot problem instead.

After studying the issue for a lot longer than it deserved, Carl came up with a bril­liant solution. His theory was that if he dug a large enough hole beside one cor­ner of the house, the water inside would seep back through the wall and into the hole where it would be a simple matter to empty it using a bucket.

The first corner he chose to dig was where he discovered all the water from his entire roof was collecting before being dumped into a 45-gallon drum buried beside his foundation wall. Carl didn’t entertain the notion that this could possibly be the source of his leakage problem and decided to commence his digging elsewhere.

At the local hardware store, Carl pur­chased at least one, and in a few cases two or more, of every variety of shovel known to mankind. He also bought a chainsaw, a polaski, a double-bit axe and an adze, all of which I promptly confiscated, partly to protect Carl from himself but mainly because I needed them more than he did.

For days I listened to Carl digging and cursing while he dug his way further into trouble. He hacked and chopped his way down through tree roots and into the boulder field originally installed instead of weeping tile. Apparently even Carl could eventually reach the bottom of a hole. The problem was, there was an aquifer at the bottom of it. And Carl had neglected to bring a ladder.