After the Shaker, Chippendale is perhaps the best known north American style. Named after Thomas Chippendale, the style was derived from English, French, and Chinese designs. 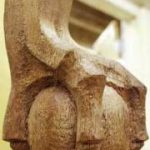 Photos courtesy of the Northern Alberta Institute of Technology

As an unknown craftsman, Thomas Chippendale was a smart businessman and recognized the importance of creating a public image to improve his business. With no known commissions at the time, Mr. Chippendale published a catalogue, “Gentleman and Cabinet-Maker’s Director”, in 1754. Filled with design templates adapted from existing styles, it was a best seller as other craftsman and sellers embraced it. Intended as a catalogue that would allow customers to choose design elements and then have the furniture custom made in Thomas’s workshop, its success created the first style named for a man who was not a reigning monarch.

After publishing his catalogue, Chippendale’s styles were widely copied. His own pieces were seldom marked, so few pieces were verifiably made by Chippendale’s workshop. In fact, it is uncertain how many pieces he worked on himself. Since his styles were widely copied, there are also variations, but the general themes are usually evident. Because the style is an adaptation of previous styles, as are many other styles, the Chippendale style is often incorrectly applied broadly to 18th century furniture as a whole.

Over time, even Chippendale’s designs changed. A significant influence included the architect Robert Adam, with whom he worked. One example of style changes includes legs. Early pieces focussed on cabriolet legs while later pieces tended towards straight legs. Carvings were a central theme, including lion paws, scrolls, acorns, roses, dolphins, and shells. Almost all of Chippendale’s work was in mahogany. However, many other craftsman copied his style in other materials, such as cherry, walnut, and even oak. While his furniture is typically graceful and well proportioned, the design features of some pieces focus on design over functionality or comfort. Beyond the wood he used, his upholstered furniture, such as chairs, used leather, velour, plush, and even satin.

Even though Thomas Chippendale died in 1779, his style lived on, until the late 18th century. His influence, and in particular, novel catalogue concept, was a testament to the influence a single craftsman could have on furniture design.

• Little if any veneer 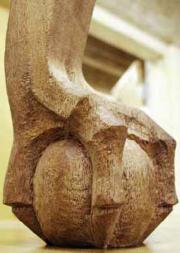