Instead of installing store-bought handles to doors and drawers, you could use carefully designed wood panels. 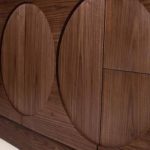 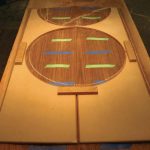 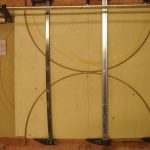 Lately I have noticed my aesthetic in furniture moving towards pieces with subtle contrast. So, when commis­sioned to design/build a sideboard entirely out of walnut, I couldn’t pass up the opportu­nity to create a subtle contrast using a single species and my knowledge of how grain reflects light. How the light reflects off the grain direction in the board is what gives it certain tones, and why woods such as curly maple have that striped pattern throughout. Those dark/light contrasts are segments of the board where the grain switches direction. It’s also what makes planing figured boards without tear-out so difficult. Same Thickness Bit
A 3/16" bit was used to rout the circular panels out; the same diameter of the steam-bent edging that was glued back onto the edge. This allows the off-cut to be used as a caul to apply even pressure during the glue-up. 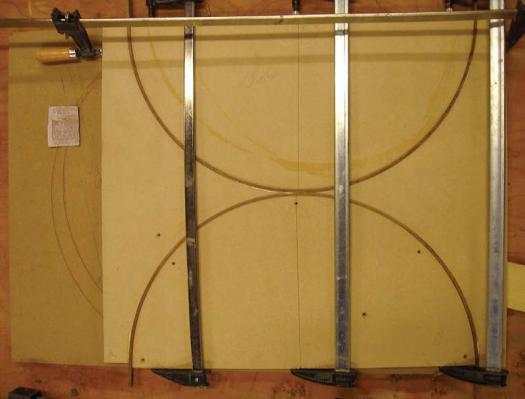 Continuous Grain
The circular panels are machined to size and edged. Now the face veneer has to be applied to their front surfaces. In order to keep the panels aligned, and ensure the grain is continuous, Hansuld secures each circular panel with simple cleats during the vacuum pressing operation. For the sake of simplicity, he presses the left three panels first, then presses the right three panels later. 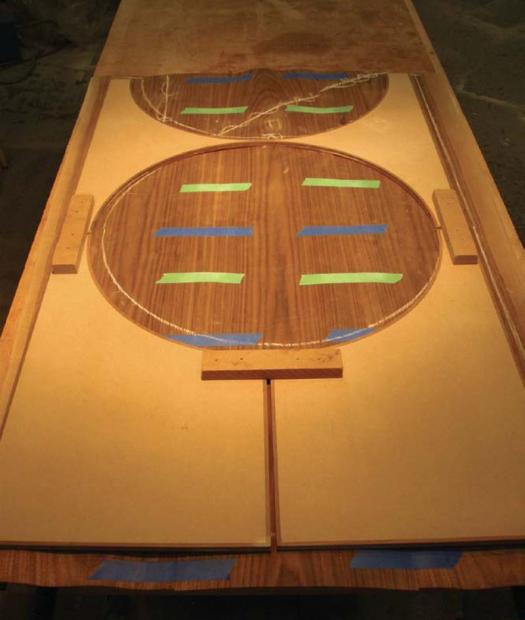 Cut them to Size
Now that the face veneer has been applied to the circular panels, they can all be adhered to the rectangular back panels. The doors and drawers can then be cut to size and edged. 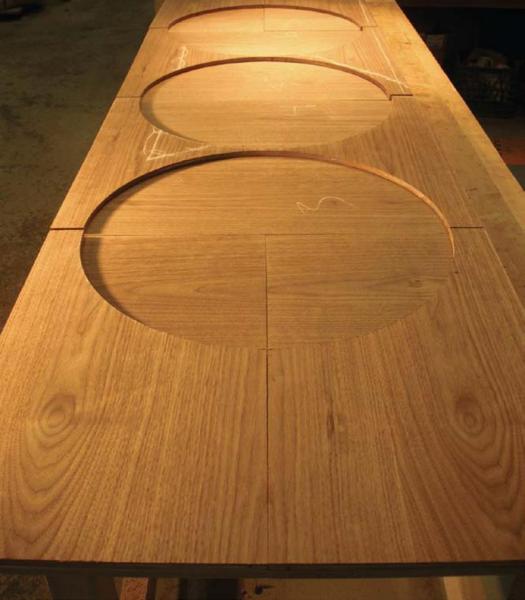 The Big Payoff
Notice the continuous grain across the circular panels. All that hard work finally pays off. (Photo by Janelle Falconer) 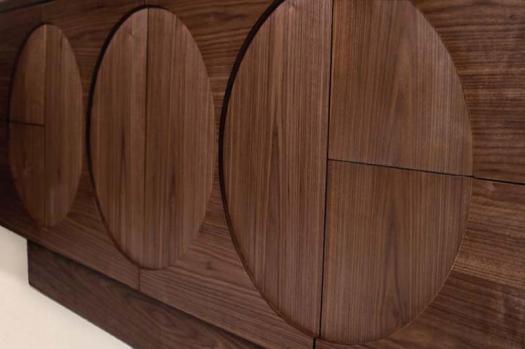 The brief on the commission was a side­board of a certain size containing doors and drawers without visible handles. The circu­lar cut-out pattern was a way to incorporate handles into the design, as well as add some curvature to an otherwise rectilinear piece. Switching the grain direction inside the circle cutouts from horizontal to vertical produced a subtle contrast in tone; the result is what gives this piece its identity.

When broken down, the process for this detail was rather simple, but the order imperative:

1. Lay out with pencil

3. Cut-outside circles in half and edge with steam-bent edging

5. Cut center circle in half and edge both sides

6. Cut drawer fronts apart and edge around the rest of the cut-out panels

8. Press on to backer panels.

I started out with four drawer fronts and two doors, edged with solid walnut and veneered vertically front and back with 1/16″ veneer over 3/8″ MDF core. These would be the backer panels to which I would later press the circular cut-out panels.

I then took one sheet of 3/8″ MDF the full size of the front of the cabinet (total surface of the doors and drawer fronts) and laid out the doors, drawers, and circles in pencil. Once satisfied, I routed the out­side two circles using a compass jig and a router. I used a 3/16″ bit, the same thickness of my edging. This allows me to use the off-cut as a caul later, when gluing on the edging.

Next, I cut those two outside circles in half vertically where the doors and drawers meet. Using steam-bent edging and the off-cut from the routing, I glue the 3/16″ thick edging onto the circle cutouts. Once the edging is dry and has been flushed, the center circle can be routed.

Next, the center circle is cut in half and edging is applied to the remaining semi-circles.

Now that all six semi-circles are edged, it’s time to cut the two outside panels in half making four drawer fronts. At this point, the panels can be edged with 3/16″ thick solid the rest of the way around.

Once the edging is flushed, the veneer is laid out and the panels are ready to be pressed. In order to keep the grain run­ning continuously throughout panels, I pressed them in two halves with location blocks pin-nailed to the back to keep things from sliding around once in the bag. 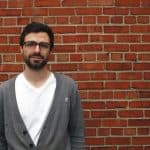