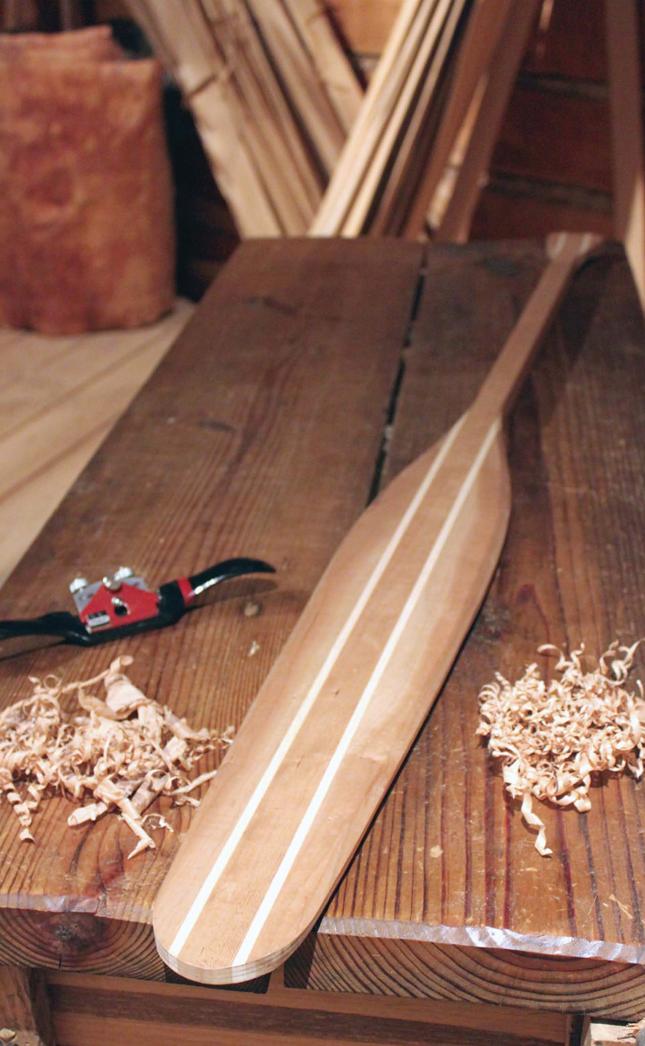 The Canadian Canoe Museum is home to the largest collection of canoes and kayaks in the world, but what good are canoes without pad­dles?

Researchers have, on occasion, gone to great lengths to categorize paddles by geographic location or attribute them to a single community. If you think about it, though, most paddlers today have several paddles, suited to particular conditions of wave or water or linked to a particular canoe. Each blade shape, grip shape and combination of the two has its strengths and weaknesses. If this is true today, then surely it was no different for the earlier makers of paddles in whose footsteps we travel now. They too might have had a favourite personal paddle or one best suited to rough and rocky travel or one they preferred most for quiet use in still water.

While you may be familiar with the most popular paddle and grip styles used today, you may not know about the wide variety of historic styles, some of which are still popular today. Paddles have several distinct parts but the two that contribute the most to a particular paddle’s shape and usefulness are the grip (which you hold) and the blade (which the water holds). Though some grips are most associated with particular blade styles, different grips and blades can be combined to produce a wide variety of paddle styles. Learn more at canoemuseum.ca 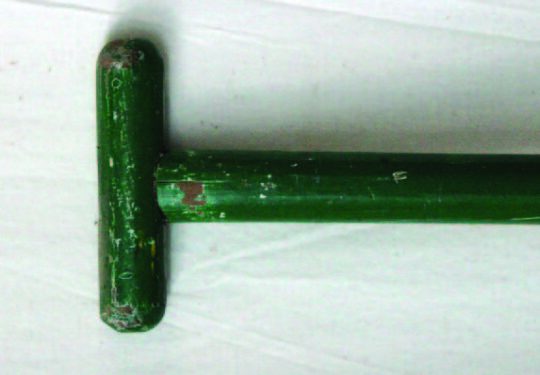 The T grip, found primarily in BC, although not exclusive to the West Coast, can be carved from one piece of wood or an additional piece of wood can be added to form the grip. There are some examples of Malecite paddles from the East Coast of Canada, which feature T grips as well. This grip style is also the popular choice for today’s Dragon Boat paddles. 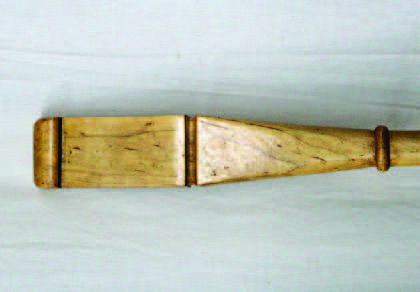 Rectangular grips, or tapered rectangular grips, were most commonly used on the East Coast. The Passamaquoddy and Maliseet in the Maritimes, and the Montagnais and Nascapee in Quebec, are a few communities that had different forms of rectangular grips. Rectangular grips vary from small, hand-sized sections to long tapered lengths that extend down the shaft almost reaching the blade of the paddle. 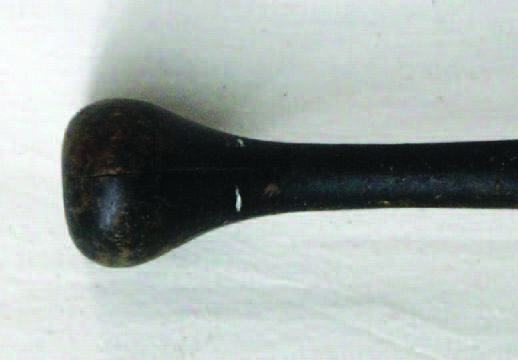 The ball grip, which can be found on Cree, Dogrib, Slave and Algonquin-made paddles, is often a sphere but can also be a ball with flattened faces on the front and back. The ball grip can be quite distinct or so subtle that it is really just a small swell on the end of the shaft of the paddle. 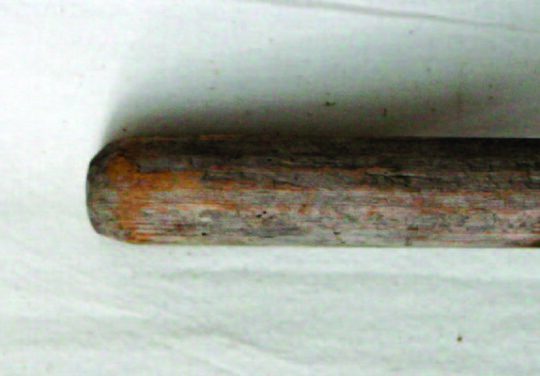 A pole grip, which resembles the end of a shovel handle, was found in several areas across Canada from Kutenai made paddles in the west to Mi’kmaq made paddles in the east. A Mi’kmaq paddle from New England was taken back to the UK and sketched in 1749 and features a pole grip. From a paddling perspective, it’s hard to imagine what benefit a pole grip would give you; from a carving perspective, however, it would certainly be easier to make a pole grip than any other grip style. Some paddle carvers may be able to rescue their project with a pole grip after a more ambitious effort comes to grief. 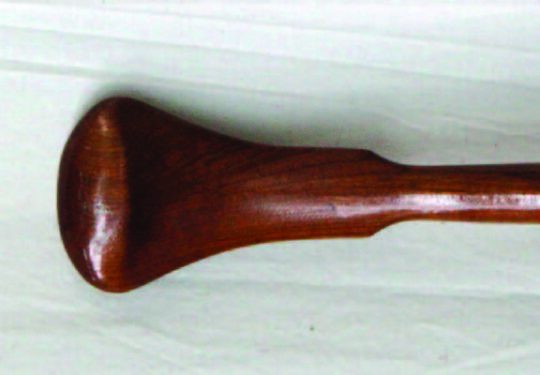 A pear-shaped grip was used by Abinaki, Cree and Iroquoi people and was also adopted as the grip of choice by many Peterborough, ON area canoe-building factories. Walter Walker, the noted canoe builder and paddle carver from Lakefield ON adopted this grip as his signature style. This is a very popular contemporary grip.

As the name suggests, a pointed blade comes to a sharp or rounded point at the tip of the paddle blade and often has angled edges on either side of the blade rather than a smooth arc. This was a style that was popular with Bella Coola, Tlinglit and Salish people, to name a few; when combined with a Tgrip, it creates a uniquely West-Coast-style paddle.

Another common style paddle blade has parallel or nearly parallel straight edges with either a rounded or pointed end. This was used by the Têtes de Boule, Cree, Ojibway, Dogrib, Kwakiutl and other communities across Canada and as far north as Alaska.

A tear-drop-shaped paddle blade was used by people on the East Coast, such as the Maliseet, Passamaquoddy and Penobscot, and in Ontario and Quebec by the Algonquin and Ojibway people. In a tear-drop style, the blade is widest in the bottom third of the blade. This is still a very popular blade style with paddlers today and is commonly called a beavertail-style paddle.

The narrow leaf shape, which is often longer in comparison to other paddle blades but narrower in width, features curved rather than straight edges and resembles the shape of a long, thin leaf. This style of paddle can be found across Canada and was used by the Bella Coola and Salish in the west, Beothuk and Maliseet in the east and the Ottawa in Ontario and Quebec.

An ottertail is the opposite of a beavertail, so the widest part of the blade is in the top third, closest to the shaft, after which it tapers down to the tip. Used by Bella Coola, Ojibway and Passamaquoddy people historically, it has been adopted as another very common paddle blade style for paddlers today.