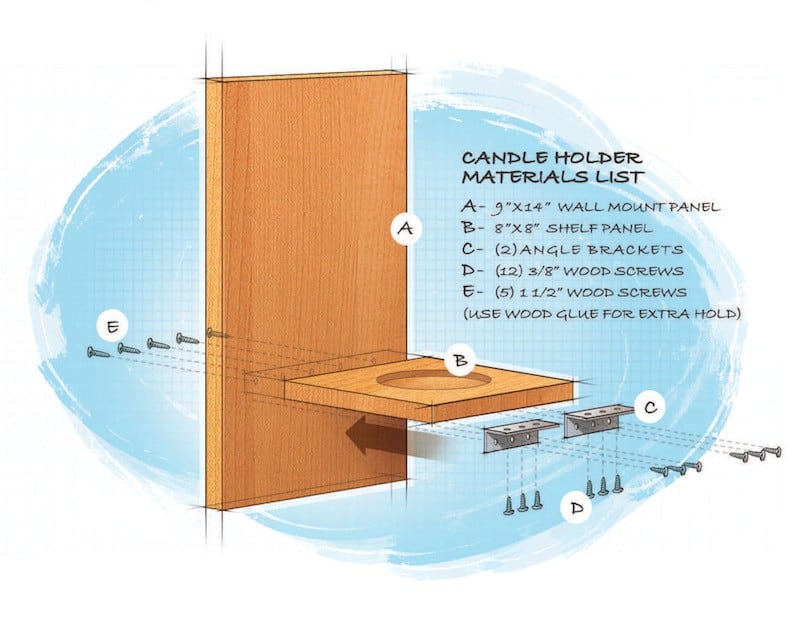 Why use one screw when you could use seven? If you’re an ‘overbuilder’ you know why.

What’s an overbuilder, you might ask? Let me put it this way.

Why use a brad nail when you have two-inch framing nails on hand? Why use quarter-inch plywood when some sheet metal and angle iron will almost certainly last longer? Why use wood glue when there’s a box of wood screws within reach?

You can’t really blame my grandfather. Raised on the farm during the Great Depression, he was later trained as an elite paratrooper during the Second World War and dodged enemy fire while jumping out of airplanes just a few hundred feet above the ground.

He rode on the backs of tanks and Jeeps through western Europe and into the heart of Germany, and everything around him was made to last – and if it had to be repaired, you made sure the repair would hold because your life depended on it. After the war he came back to Canada and settled back into the farming life he’d left behind. His tractor didn’t have a cab, and so he made one for it – using thick steel plates, angle iron and steel bolts. It more closely resembled a tank than it did a tractor.

But it had to last.

Then, when he opened his own farm market he decided shoppers needed something to carry their produce and fresh cuts of beef home in, so he had grocery baskets made out of the same material as shopping carts.

They looked more like gabion baskets than shopping baskets, and they were heavy and unwieldy. I don’t think they ever got used.

His son (my father) was also guilty of being an overbuilder for many years. I once helped him build a hangar for his four-seater airplane, and we ended up making it twice as big as we needed to.

He spent decades patching and mending farm machinery to get it to the point of “will it run and do what it needs to do” – there were no beauty points for how it looked.

But dad is getting better. Having spent the past few years in his wood shop building Christmas gifts for his grandkids, making charcuterie boards and other small gifts for charity raffle prizes, and building about half a dozen tables for a local café, he’s learned a few things about the finer aspects of woodworking.

Wood glue and a few dowels will hold that table top together just fine. It doesn’t always need screws. Dovetails, finger joints or a mortise and tenon will also do the trick. And while I haven’t spent nearly as much time in the wood shop as my father, these skills are starting to pass on to me as well.

One of my first woodworking projects was a candleholder for my girlfriend (now my wife). I made it out of two pieces of wood – the base that would hold the candles, and a second piece that would attach perpendicular to the base to allow me to hang it on the wall. I attached the two pieces using a dozen or so wood screws and a few screw plates. I overbuilt it.

If I were making that project today I’d likely get the biscuit joiner out to attach them, or even use plain wood glue to hold them together.

Yes, the Jackson men are overbuilders – but there may be hope for us yet.