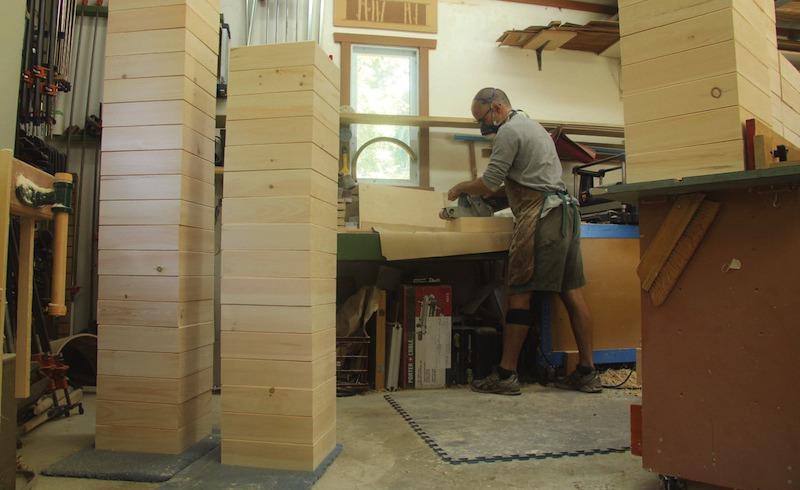 Making one box is much different than making 100 boxes. In order for the process to be smooth and successful, a different approach needs to be used. Jigs need to be used to their full potential and a careful, long-term approach has to be taken. 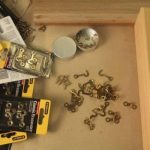 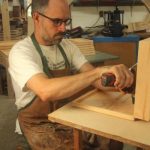 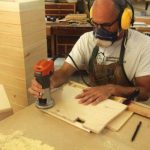 Recently I got a job of making 105 pine boxes for a corporate client. I have made many boxes in the past, but generally the work I do is all one-of-a-kind, so this project needed a different approach. Jigs were employed in many ways, and I also made a number of simple stop blocks, templates and spacers in order to ensure the finished product looked and worked properly, and the batch of boxes went through my shop as efficiently as possible.

Good Jigs
The Baltic birch material Brown used for his jigs is flat and durable, leading to fewer inconsistencies down the road. Here he uses a notched jig to machine the 420 hinge mortises in the lid and main portion of the boxes. Notice the stop blocks positioning the workpiece and jig. 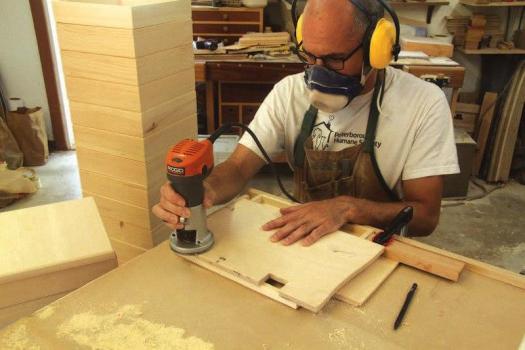 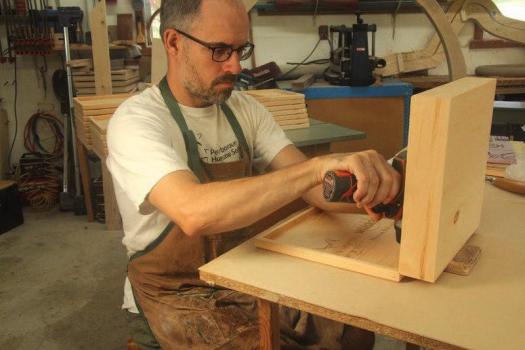 Consider Hardware
Before you start building, be sure to have enough hardware on hand for every piece you’re building. It could turn into a nightmare if hardware dimensions change even slightly, and you have to start re-working anything. 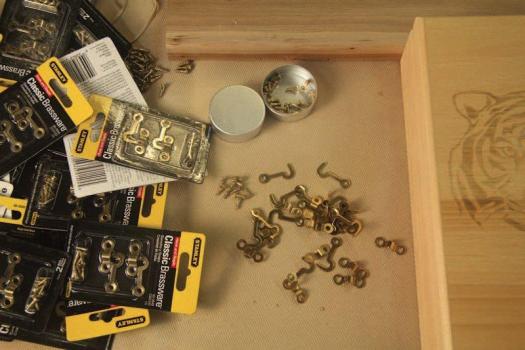 After listening to what the client wanted, I set to work on a prototype. We worked out details like size, function, proportions, hardware and finish. A number of minor, as well as a couple of major, adjustments were made, and then a second prototype was built.

Set up only once

While breaking out the wood I made sure I had enough material to finish the job. I didn’t want to have to backtrack, and do any set-ups and operations again. This saved me a lot of time, even though I spent a fair bit of time checking my quantities. Doing more than one set-up would also add the potential for inconsistent dimensions, however slight. Parts that were not exactly the same would likely cause problems when working with jigs down the road.

Everyone has their own approach to making extra parts, but mine is about as strict as could be. I needed 105 boxes, so I made extra sides for one box. As I was breaking out material, I made sure each and every piece would be usable. Any parts with unacceptable knots, wane, checking, etc. were discarded right away.

I used the same part for all of the set-up work. I knew I had only four extra parts so I was careful not to cut too much material away during set-up, and therefore didn’t have much waste. Once each machine was set-up with any feather boards, clamps, stops, etc., I ran every piece through it. Having the prototype around made it easy to check dimensions and reduce mistakes. I ended up with three extra sides at the end of the job.

When only making one item, you can stumble your way through a single operation a little bit and only waste a few minutes. But with over 100 boxes to make, I made sure to take the time to ensure my work areas were working with me as much as possible. Some operations took many days to complete, and the hour or so I took to prepare my jigs and work area paid off many times over, in terms of saved time. It also made it easier on my body, as repetitive operations can wreak havoc on joints and muscles, even over a short period of time.

How serious do you need to get?

Making 105 boxes demands a pretty sound approach, but if I was making boxes into the thousands, new machinery would have to be purchased and many other finer points would have to be considered. For instance, when drilling pilot holes for the latches I used ½” Baltic birch plywood for the locating jig. The hole I was drilling through would have enlarged if I used it many more times, causing the holes to vary slightly. Metal sleeves could have been used to ensure this would not happen.