The Sheraton style of furniture is named after Thomas Sheraton, an English designer. 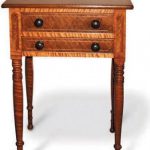 Born in 1751, he apprenticed with a cabinetmaker and eventually worked as a journeyman cabinetmaker. In 1790, he moved to London and opened a business as a teacher and consultant, focusing on architecture, perspective, and design. 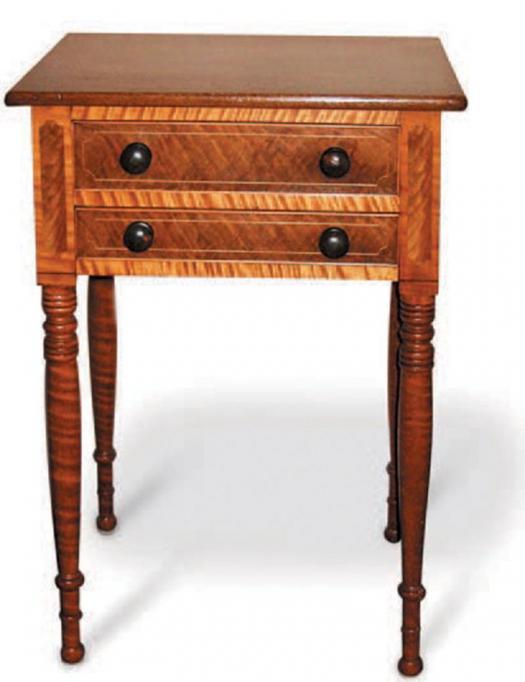 In 1791, soon after moving to London, Sheraton published his designs in a book called ‘The Cabinet Makers and Upholsterers Drawing Book’. Similar to Chippendale, who published a design book that launched his style, the Sheraton style was established with Sheraton’s book. He intended the book as a way to gain fame and a lasting name as a designer and teacher. The book was successful and very influential, with over six hundred cabinetmakers using his book. This made the Sheraton style the most reproduced style in the United States during the Federal period.

Sheraton’s styles were based on classical architecture, a key element of design education at the time. Some of his drawings were from other cabinetmakers, but it was his excellent renderings that helped shape the style in his name.

At this point, he did not have his own workshop, and it appears that Sheraton himself did not practice his craft, since no furniture has been traced to him directly.

He followed up his first successful book with another one in 1803 called “The Cabinet Dictionary”, which focused on techniques involved with cabinet and chair making. His final book was “Cabinet Maker, Upholsterer and General Artist’s Encyclopaedia”, which was published in 1805, a year before his death.

• Legs are slender and typically round, never cabriolet

• Upholstery was generally plain, striped, and flowered, in satins, silks, and damasks