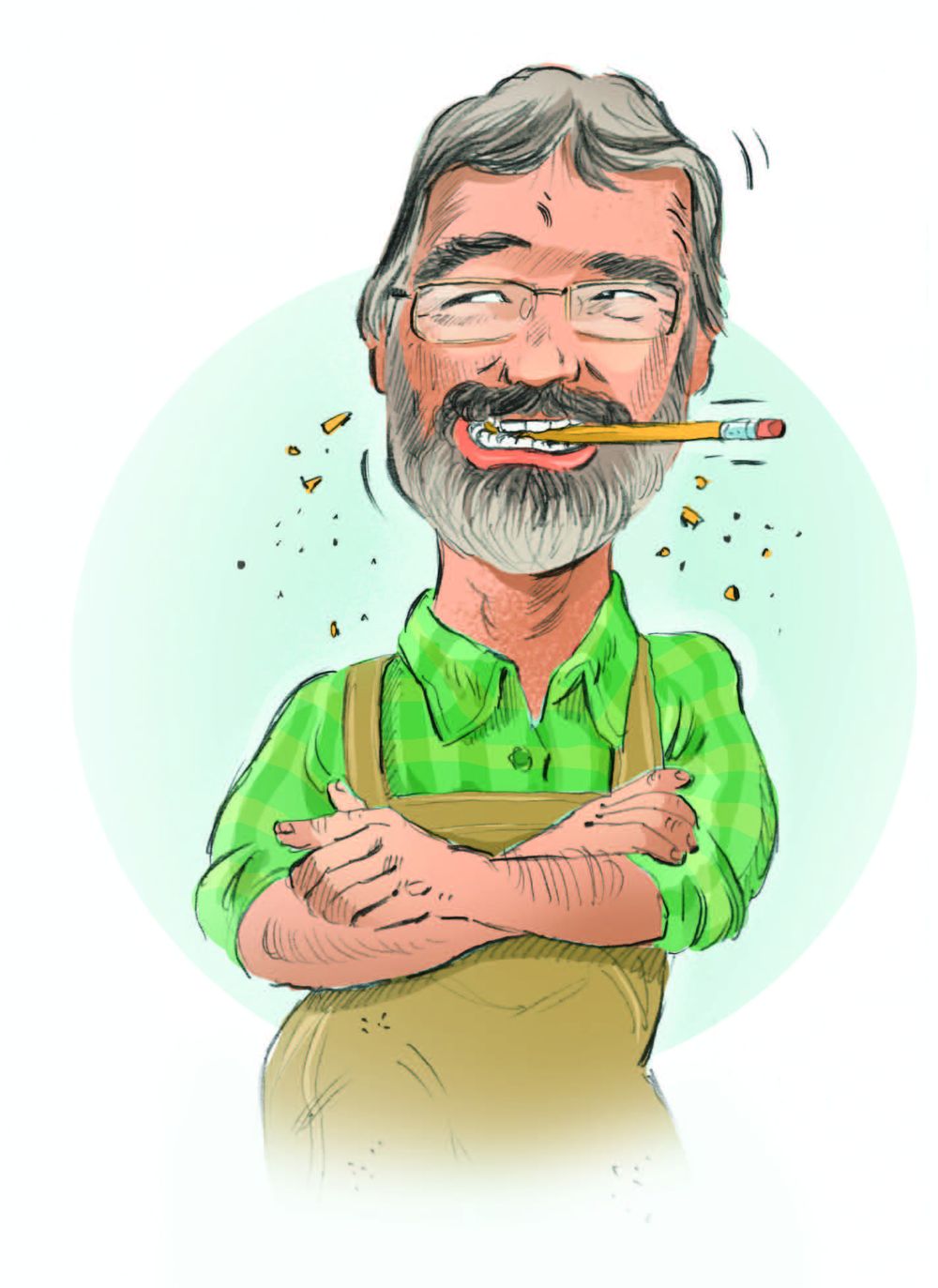 When woodworker-slash-writer-types like myself write about tools, they invariably talk about the so-called celebrity glamour tools; the table saw, lathe, or  planer. If they get stuck they may even talk about the router. WooWee! Good stuff.

You may have noticed that I referred to these writers as being, “like” myself. Not me! That’s kid stuff. Too easy. The table saw’s been done to death. Everything that could possibly be said about it has been said a thousand times over. It’s not like there have been any cutting-edge break­throughs in table saw design in the past … say … EVER!

What no one ever talks about are the simple little tools that we all use on a daily basis but never think about until your wife or son-in-law “borrows” it and forgets to put it back. Your favourite 32 oz. Estwing hammer she used to tender­ize her meatloaf … like that would ever help. Or maybe a well-honed chisel used to open a paint can, or the Veritas block plane your grandson used to plough roads in the sandbox for his Matchbox trucks. (In case you’re thinking about trying it, a Veritas block plane is the perfect width for making roads for a Matchbox truck. Almost as if it was designed for that exact purpose. And that’s with room for shoul­ders on both sides. But not ditches. If you want ditches you really should move up to a Jack Plane.)

Then there are the really big tools that almost never get written about. Things like a Wood-Mizer bandsaw mill for making full size Lincoln-Logs to build your very own life-size log cabin. Or how about that greatest of all tools … the Canadarm. I’ve wanted one of those babies ever since I saw one used on the Columbia shuttle in 1981, but my wife says I already have enough toys and I’m not allowed to get one.
But back to the more commonly found household tools. Take, for instance, the lowly pencil. If you think about it, the pencil is a rather brilliant piece of machinery. First off – and this is a little-known fact you’ll never hear anywhere else – with the exception of the metal ferrule holding the eraser, every single bit of the average pencil is 100 percent edible. It’s not good for you and probably tastes terrible but you can eat the thing. You likely won’t find anyone to kiss you afterwards, but after all, you’re sitting in a cold shop reading this all alone anyway so what does that matter?

Secondly, in case you weren’t aware, the lead in your pencil is not actually lead; it’s a mix of graphite and clay. The wood is called something like incest cedar and is completely renewable because it’s basically worthless for anything else but pencils.

And to top it all off is the fascinating reason why most pencils are painted yel­low. It’s somewhat racist and I don’t wish to offend anyone but what the heck, if you’re not offended yet, I’m not doing my job. The reason pencils are painted yel­low is to commemorate the fact that the best graphite comes from a mine located on the Russian border with China. You work it out.

The last tool I wish to talk about is the Robertson screwdriver. If you ask any American what he thought was the best screwdriver ever made, he’d probably state incorrectly but with great author­ity: the Phillips. And then he’d probably shoot you.

His reasons would be two-fold (and wrong). Number one, it’s American, therefore it has to be the best. And number two, he’s probably never even heard of the Robertson but he does know the American square-drive. He hates them too because they don’t work very well. Now, there is a reason the square-drive doesn’t work as well and it has very little to do with what you call them. It seems that the Canadian-made Robertson has a slight taper to the bit. Because of this taper, and something to do with physics (and possibly a little bit of magic) the screw grips the bit tightly, thus preventing what is known in other screw types as cam-out. Or more suc­cinctly: “%[email protected]#&*$ screw.”

Because the American square-drive doesn’t have any taper, or even any magic for that matter, it simply doesn’t work as well as the Robertson. So they hate it. Class dismissed.

If you have any questions and don’t care if the response is at all accurate, you can always email me anywhere but at the address at the bottom of the page.