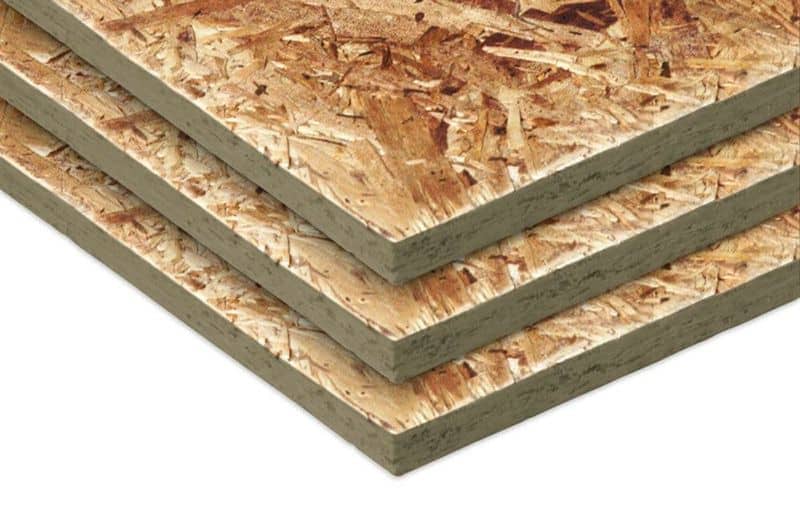 There have been various types of wafer boards around for some time now. These would include particleboard (MDF) and oriented strand boards (OSB).

All of these are made from wood fibers glued together under heat and pressure. The new kid on the block is not made from wood at all, but wheat straw. It also is formed under heat and pressure but does not use formaldehyde glue like most other sheathing materials. The type of glue used in construction seems to be a trade secret for the moment, but hopefully, it is less toxic and out-gasses less than the formaldehydes.

Straw board looks almost identical to particleboard in its appearance and texture. This is where the similarity ends. Upon closer inspection, you can see small bits of the water-resistant outer sheath of the wheat straw that make up its composition. When cutting this unique board, it has the familiar odor of wheat being combined. This odor and the dust created when cutting can, in fact, trigger allergic reactions in people sensitive to grain dust.

There are presently two straw board plants in Alberta and one in Manitoba. The Alberta plant seems to have had fewer problems with the quality of their product. It has been suggested that it may be due to the Alberta plants making both sides of the board the same texture and smoothness. The Manitoba plant had been producing boards with one side different than the other and had some problem with warping.

These plants are not the size of O.S.B. plants currently on line and it has been suggested that they never will be. Forecasters in the industry believe greater numbers of the smaller, less expensive plants could be located close to the supply of raw materials.

The straw board plants are still in their start up phase, producing uncertified sheets. The current price for the 16mm thickness is about half of particleboard. This, however, will change when the sheets are certified. It would be a good time to see if your local lumberyard stocks some of these sample sheets, and give them a try before the price goes up. If you are a user of particleboard, you will be surprised at the quality of straw board. Besides, a lot of the raw material for this board will come from Saskatchewan, giving farmers an economic boost, for what would otherwise be a waste product.