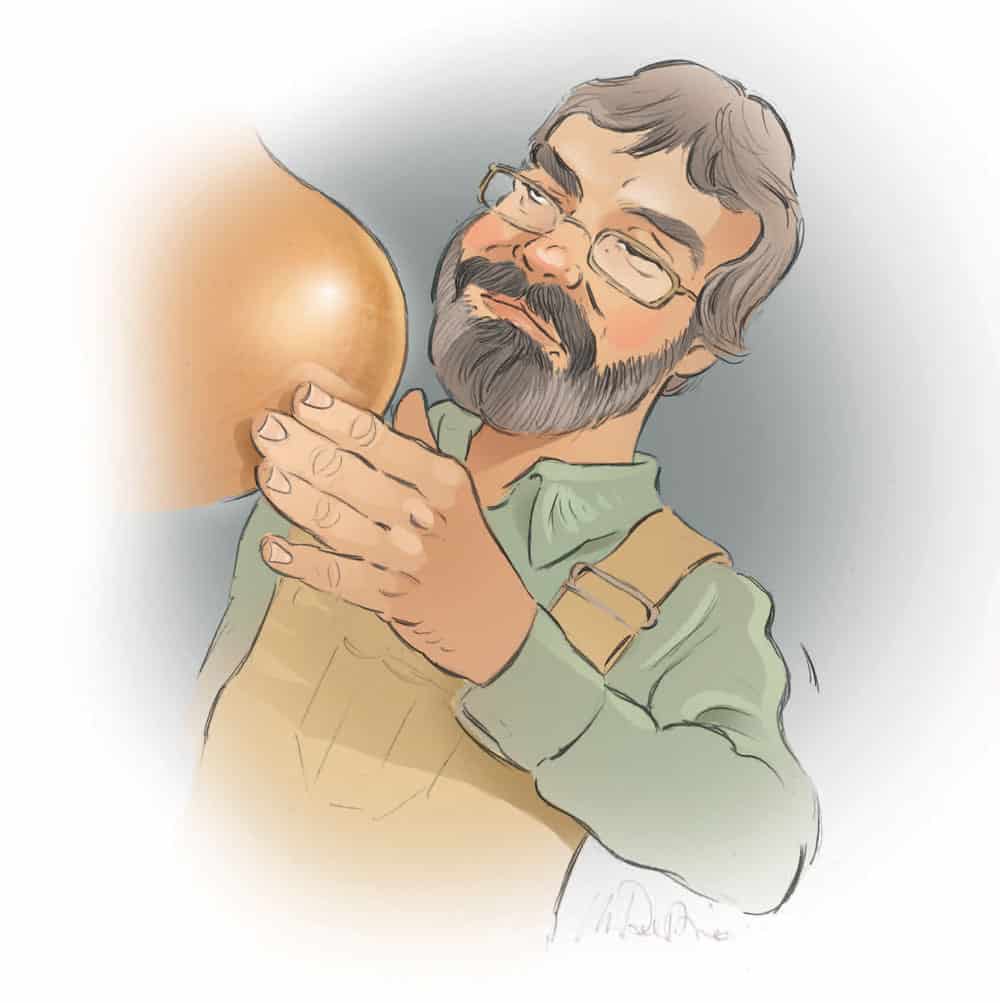 If you began reading at the beginning of the magazine like normal people do, you should have realized that this issue is primarily concerned with texture. The editor’s letter and table of contents may also have clued you in. Those of you who just can’t wait to read my column probably began reading at the back page and haven’t a clue what I am talking about. Unfortunately, neither do I.

Before starting this month’s column, I actually looked up the definition of texture just to make sure I got it right. The last thing I need are even more irate readers. Apparently teachers have little or no sense of humour when it comes to their cushy profession. But back to texture.

According to the Encarta Dictionary, texture is normally regarded as: (a) the feel or appearance of a surface, especially how rough or smooth it is; or (b) the structure of a substance; or and this next one is really bizarre (c) the effect of different components of music. Or even (d) the typical distinctive character of something complex.

Well, that certainly cleared that up. So, there you have it texture has something to do with how you feel. Right now my texture feels confused so from here on I’m just going to wing it and give you a couple examples of what texture actually is. I hope!

Several years ago I built a tabletop using a single piece of curly birch 7 feet long and 18 inches wide. The figure contained within the board was truly amazing and I knew it would take a lot of work to draw it out. I began sanding with 120 grit and proceeded from there. By the time I was finished I was up to 8000 grit automotive wet/dry paper. The surface of the tabletop was smoother than your average sheet of glass and I could watch in the reflection as the second hand on my watch went round and round. It got really boring!

When I ran my fingers across the surface it was like stroking a polished sheet of ice, but a lot warmer. When standing at one end of the table, the curly figure appeared as the ridges and ranges of a mighty mountain chain. When looked at from the opposite end, however, the mountains vanished, only to reappear as deep valleys and canyons.

Call me crazy (I’m used to it), but that is what visual texture means to me.

The following example is all about tactile texture, sometimes also known as touchy-feely. (Those of you who are prudes need not continue reading. Just go to your computer and send off those irate letters without concerning yourselves further.)
Mounted on the door to my shop in Whitehorse was a hand-carved pair of (to be polite and help maintain our PG-13 rating) life-sized, human female buttocks that I had carved and then sanded with 220 grit paper before mounting it on the door. As most of you know, 220 grit doesn’t give a particularly smooth surface; not exactly terrible but certainly suitable for this purpose. I wasn’t about to eat off the thing, after all.

But (no pun intended) I soon noticed something strange was happening to the carving. Within a few weeks, the carving had taken on a glistening sheen and felt smoother to the touch than any billiard ball ever made. It felt as if I had sanded with 6000 grit followed by a hand-buffed French polish.

I was more confused than normal and beginning to suspect wood-faeries, until one day I happened to look up as some customers came into the shop. As each one passed the carving they stretched out a hand and a little too fondly, I thought gently stroked the bare buttocks. I could understand Toby doing it, but was somewhat taken aback when his wife and four-year-old son did the same. After that, I kept a proprietary eye out for a few weeks and observed that every single person who entered the shop did the same thing. I like to think it was the feel and texture they enjoyed rather than believe that everyone in Whitehorse is a closet pervert.

Butt I could be wrong (pun definitely intended).