Home Techniques and Tips Beginner's Journey The Roots of my Addiction

The Roots of my Addiction 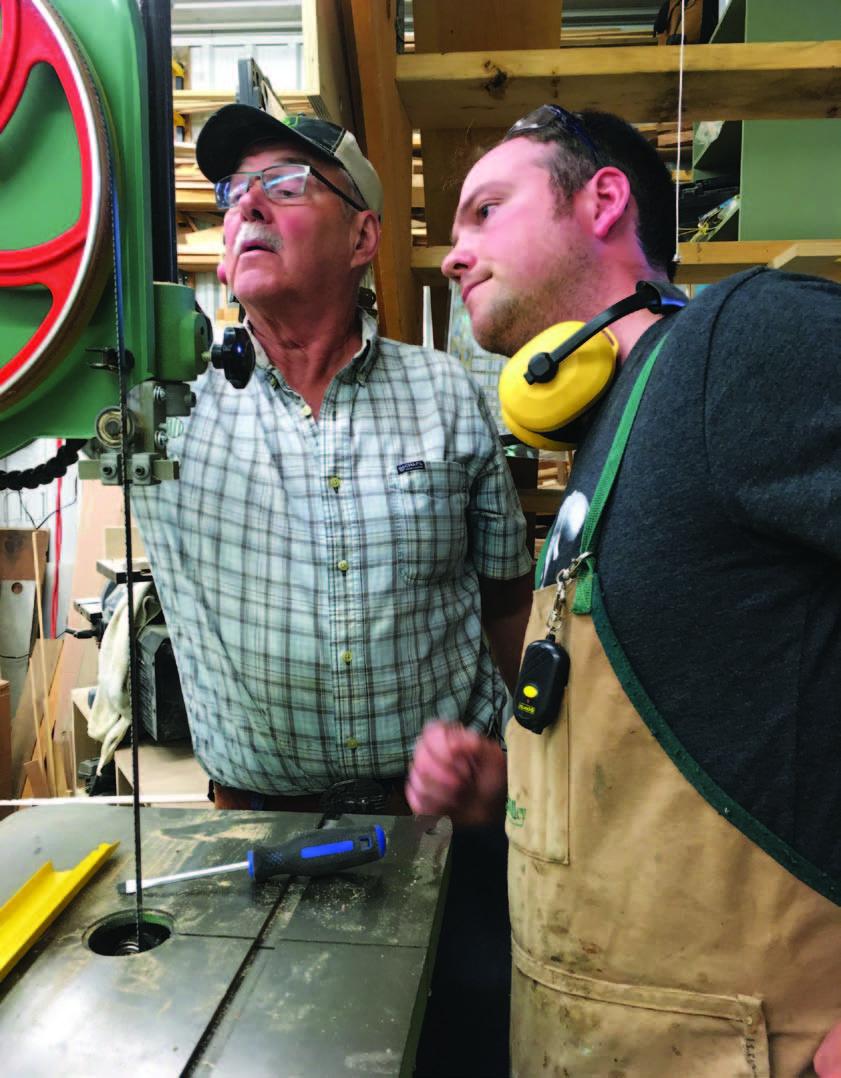 When it comes to getting into woodworking, everyone has a different story.

My addiction started inno­cently enough last June. I was rebuilding a raised garden bed in my backyard and getting ready to take the old 2x4s to the curb, when I noticed something – one half of the wood was aged and deteriorated, but the other half was in near-perfect condition.

“This would make a really interest­ing shelf,” I thought to myself. Much to the chagrin of my wife, I cleaned off the boards and stacked them on the back porch.

Later that evening I went to YouTube and looked up some woodworking vid­eos to help with the restoration, and what started with a basic introduction to vari­ous stages of sanding and what grit to use, morphed into a two-hour binge session on sanding, staining, and finishing wood.

It didn’t stop there. Thanks to the elec­tronic brain behind the scenes, YouTube quickly decided woodworking was indeed a hobby I should pick up, and it began suggesting other related videos: Build a rustic coffee table! Try this end-grain butchers block! Your friends will love these unique magnetic bottle openers!

I took the old garden boards to the family farm near Orangeville, about an hour north of Toronto, and spent a day sanding them and getting the edges squared up in my dad’s woodshop. But being surrounded by my father’s impres­sive woodworking equipment, including his thickness planer, jointer, table saw, router table, and myriad of sanders, I wanted to go beyond simple shelves.

A few weeks later I tried my first real woodworking project – a set of cut­ting boards made of maple, with an oak accent strip down the middle. Still unsure around the big equipment, I bought a few pieces of wood from the local hardware store, which were square, flat, and the right dimensions for the project. I glued them up in my basement, and as I waited for the glue to dry, I went back online to watch some more videos on properly fin­ishing cutting boards, and a video title caught my eye: “Using the Right Wood for the Right Project.”

It was then I learned oak is a bad choice for cutting boards because of its open grain. My heart sank… but quickly rebounded when I realized I could repur­pose the wood. Later that week I went to the woodshop and re-sawed the maple in half on the band saw, then cut them into four-inch squares. And behold, a set of maple coasters with an oak accent strip on one side was born. But I learned an important lesson; there is more to know than how to measure, cut, glue and finish.
I’ve built a career as a successful inves­tigative journalist, newspaper reporter, freelance writer and photographer, but lately my passion has begun to veer into woodworking. I used to lie awake in bed thinking about a big story I was working on, or an upcoming important interview for an article, but now I lie in bed and imagine gluing up a rustic barn board tabletop, and sanding it until the old saw marks shine through.

This has all come out of left field, really. I’ve never had an interest in woodworking until now. In high school I was more likely to be studying or playing on the football field than in the school’s wood shop. In fact, I didn’t take one shop class in school. And while I did work for one summer with a local contractor who specializes in heritage home restorations, I mainly spent that time hanging drywall, putting up insu­lation and vapour barrier, or measuring and cutting lumber for wall studs.

Now, in a matter of weeks I’ve gone from failed cutting boards and half-rot­ted wood shelves, to making rustic signs, lamps, coasters, pencil holders, and coat racks. And my father has gotten involved too, making some beautiful cutting boards and serving trays, and offering construc­tive advice for me along the way. A few local shops have even started selling them on consignment.

We attended our first craft show together in the middle of November, but it wasn’t as successful as we’d hoped. I managed to sell two rustic barn board signs, a pencil holder, and a wooden serv­ing tray made of apple wood, and he sold one serving tray.

And most of that was to my sister.

But, the very next day I got an email from my dad with the words “Crafts show” in the title. He wanted to know if I was ready to enter another show that was just a few weeks away.