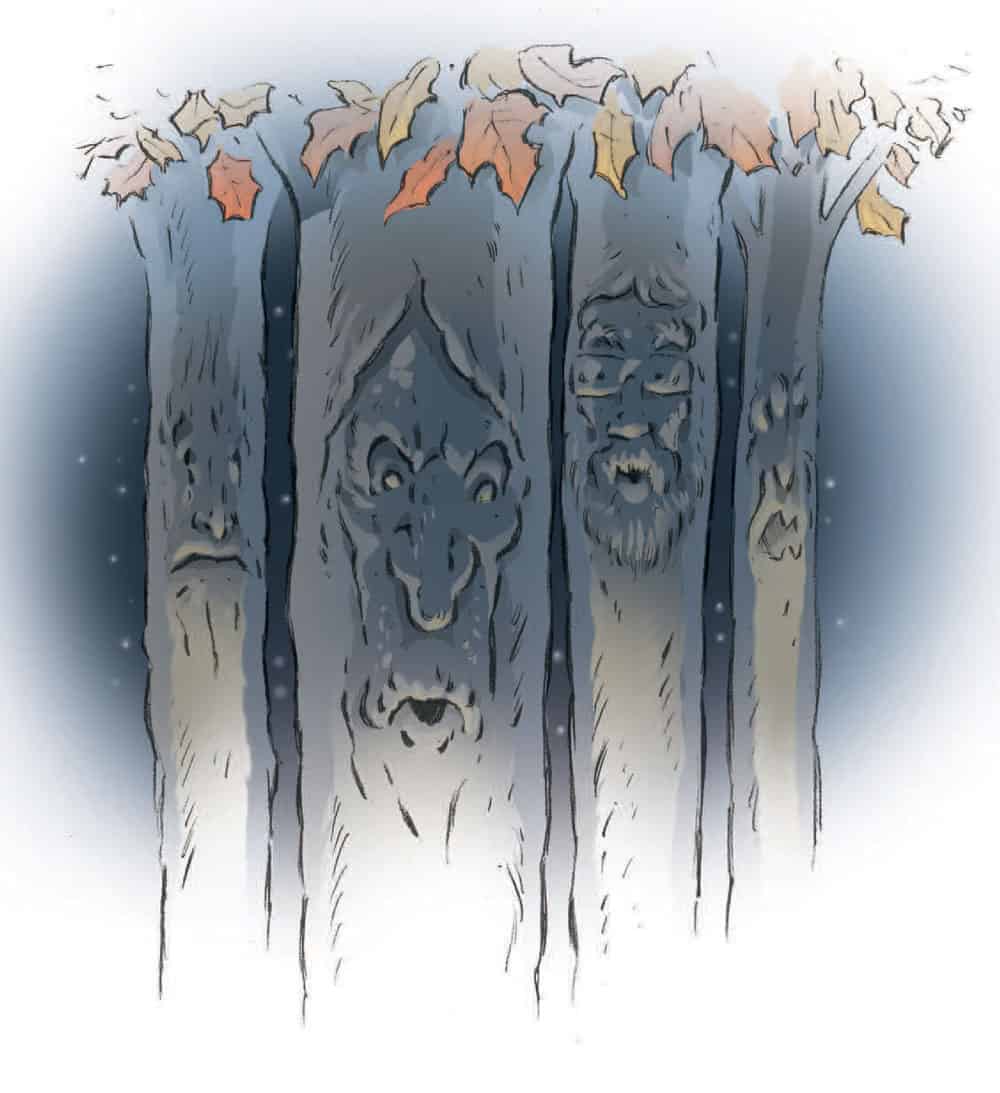 As I write this month’s column, Halloween is fast approaching. I hate Halloween! It’s almost as stupid as Valentine’s Day – which is probably when you’re reading this – and I try to avoid anything to do with either one.

Except for the candy. I like the candy. You may be wondering just what these two worthless celebrations have to do with woodworking and I am here to tell you. Absolutely nothing, as far as I know. I just couldn’t think of another beginning.

I may have mentioned once or twice before that I began my woodworking career at the tender age of seven, when I endeavoured to carve a little wooden Indian paddling a canoe, à la Paddle­ to-the-Sea. For that project I used a large and rather dull screwdriver. Unlike the hero in the book, my carving was a decided flop and the little guy never made it out of the basement. My next attempt at woodcarving occurred in 1967 on the milestone event of Canada’s 100th birthday. Coincidently, I also had a birthday that year and reached the equally impressive milestone of 13 years old. Given who my brothers were, the simple fact that I reached that age was milestone enough, but what was even more astounding was that in commemoration of Canada’s birthday I managed to take first prize out of all of Canada in the nationwide totem-pole carving com­ petition …

In the Grade-Six Division. For Southern-Central Ontario. In Aurora. At Wells Street School!

I also thought I should have received second and third prize as well since no one else had even bothered to enter.

After that auspicious beginning, I metaphorically hung up my mallet and chisels and retired undefeated. I came out of retirement 10 years later when I was bored out of my mind one night and carved a little wooden goose using my wife’s prized paring knife. It took three years for the fall-out from that fiasco to settle, by which time I had once again become bored and took a walk down the lane, making little dams and channels to divert the spring melt-water from wash­ing away my driveway. As I approached a bend in the driveway, I noticed that one of the trees looked somewhat like an ugly little troll and with just a bit of judicious carving could be made to look even more like Richard Nixon. I ran up to my shop, grabbed some carving tools, hurried back down the hill and began carving. After a half hour I was fin­ished and was so pleased with the results that I searched for another tree to mess with. By the time I was done I had every tree along the lane carved with a hid­eous face of some politician or another and was beginning to scare myself, but I realized I could put my newfound carv­ing skills to good use carving pumpkins in the fall. Now all I had to do was figure out a way to make some money at it.

The next evening, as I returned home, I noticed that as the Landcruiser’s head­lights struck the carvings they took on an even scarier persona due to the deep shadows cast by the features of these odious creatures. It was amazing how lifelike they looked and I vowed there and then never to enter politics.

Later that year, as Halloween approached, I came up with the ideal plan to keep little kids from bothering me. I gathered a number of empty tin cans and fastened them to the trees just below the carving and placed a candle in each one. The shadows cast upward by the candle­light created deep shadows and made them even more hideous than in real life. My plan worked, we didn’t get a single trick-or-treater that year, never mind that the temperatures had plummeted the night before to minus 30.Wimps!

We’ve long since moved from the Yukon but from what friends have told me, kids still avoid that house on Halloween.
Nowadays I simply hang a carving of my daughter on the door to scare the kids away.

It works a treat!