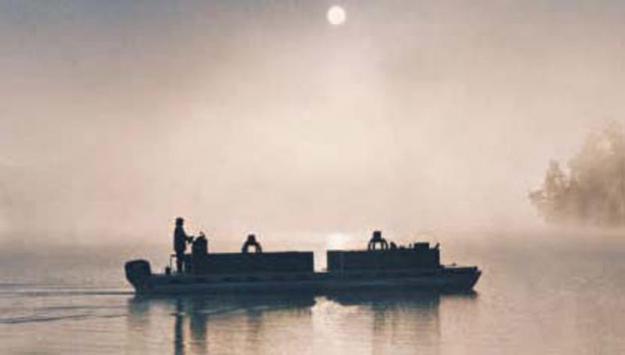 “What a great idea!” Richard Baird thought, as he watched a Learning Channel’s presentation on the underwater recovery of old growth logs. An American company was shown, pulling up logs from the bottom of Lake Superior. Richard watched intensely as huge logs were recovered from the bottom of the lake, where they had been buried for over a hundred years. Richard remembers with awe and surprise: “The wood was as good as the day it sunk!”


Debarking and cleaning the logs 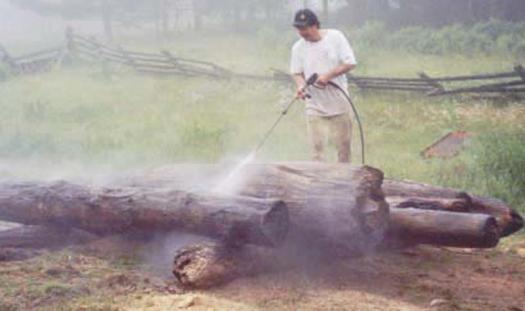 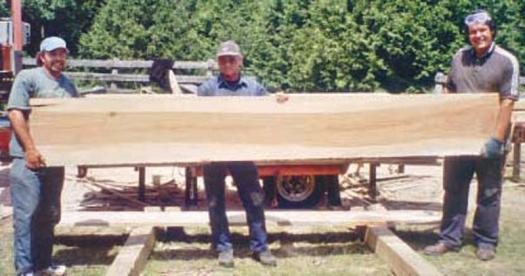 Using a Wood-Mizer to mill the logs 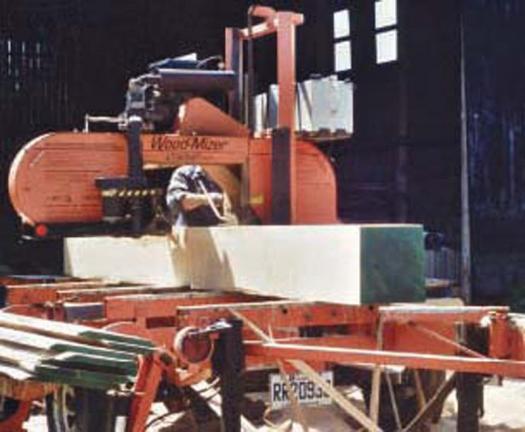 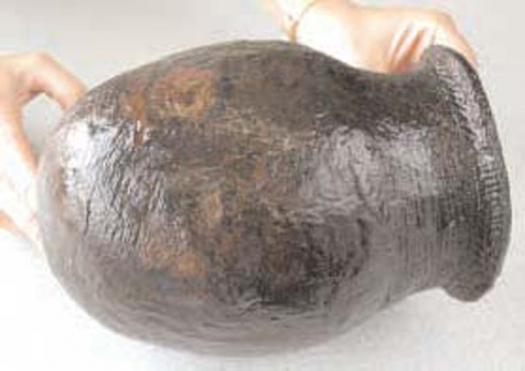 The Learning Channel presentation really inspired him. Full of enthusiasm, Richard went to share his excitement with his cousin Ross Spencer, who owned and operated a marina on Lake Memphremagog, in Quebec. He also sought out Richard Thouin, a commercial diver who owned and operated the diving shop at the same marina. Both thought the idea of harvesting logs from Lake Memphremagog was worth looking into. Thouin added to the over all enthusiasm as he recounted seeing a lot of logs on his dives in the lake.

They decided then and there to start doing research to determine if there were enough good logs in the lake to warrant getting excited about.

History records showed that there were a number of mills and logging crews working on the lake in the 1700-1800s. History records also tell us that water-powered grist mills and sawmills were built on the lake in 1798. In fact, Ross’s great-grandfather had owned a large part of a nearby mountain and he and his men had logged it. They used to haul their logs to the lake, and then float them 25 miles to the sawmill where they were sold. Imagine Ross’s excitement in learning he would be recovering (and ultimately sawing) the actual logs that his great-grandfather had chopped down over 100 years ago.

Having completed their research, and finding plenty of logs, the next phase was to acquire the proper permits and determine the most environmentally friendly way to recover the logs.

Over 200 hundred years ago trees were cut down, some by axe, and the logs were floated toward sawmills. The trees were originally harvested as far back as the 1700s. The timber from this period of history is referred to as “old growth timber”.

During the period of “old growth”, hard wood trees took hundreds of years to grow to a diameter of 3-4 feet. Soft wood (coniferous) trees had grown up much faster and, as a result, blocked out the light for the hard wood trees. The hard woods, with their stunted growth, produced 40 to 60 growth rings per inch compared to today’s eight to 10 growth rings per inch. The greater number of growth rings per inch gives the old growth lumber a finer, much tighter grain pattern. The reduced light and oxygen levels contribute to the preservation of the wood and, because the logs have been under water for over 100 years, they also display different shades that just don’t exist in today’s wood. Some even have tinted or stained qualities, caused by the minerals in the silt on the bottom of the lakes. As the sap was leached out over the years it was replaced with the mineral qualities producing different colors of blue, green and gray. The effect is rare and only seen in certain logs and, even then, only in a few boards per log.

The density and beauty of the wood, along with its tendency not to shrink, make it very attractive to furniture builders, carvers, and cabinetmakers. The wood is used for flooring, musical instruments, wall and ceiling paneling and yacht interiors. Musical instruments made from this wood have superior sound. In addition to being very special when used in modern projects, old growth lumber is used to repair antique furniture, and in the restoration of old buildings, such as churches and cathedrals, because it more readily matches the grain of woods used long ago.

In June and July 2000, the three men went to work recovering logs, using two of Richard Baird’s pontoon boats. It was hard work and long hours, in all kinds of weather, but they all agreed that the excitement and satisfaction of recovering 100-year-old, axe-cut hardwood logs, made it all worthwhile.

During those first two months they used Richard’s boats by day. By night the three of them built a 34-foot pontoon boat. Ross designed the boat: two 34 foot aluminum pontoons; a flat deck with side storage boxes for equipment; and two 9-ton winches with a helm station to starboard. With their new boat they worked out a cooperative system: Richard Thouin found the logs, Ross Spencer drove the boat and Richard Baird ran the winches.

For the first two years of their business, they sold all of their harvest as logs. Then, in 2002 they started sawing their own logs, and have since milled over 30,000 board feet on a Wood-Mizer. Now they are in control of the entire process, from the recovery of the logs, to the sale of kiln-dried boards.

Now, three years into the endeavour, Richard Baird and Ross Spencer are still excited when they go out in search of underwater logs. Their company is Envirotech, Georgeville, Quebec.

One day Richard came to the surface carrying something clutched to his chest. It was a clay pot. It looked in perfect condition, yet it also looked to be of some age. They have since found the vessel to be approximately 2,000 years old. It is still in the process of being researched and dated more exactly. After that it will be on display in a museum in Sherbrooke, PQ.