Home Techniques and Tips Beginner's Journey Why we woodwork 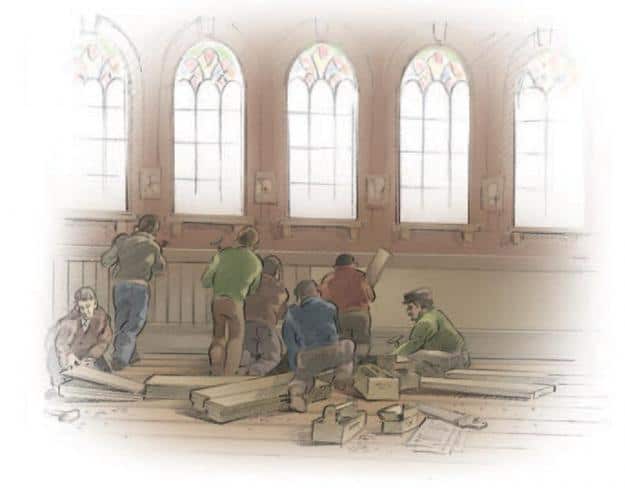 The everyday ordinary tasks of doing woodworking is, in a sense, a representation of who we are. Perhaps this legacy, of our woodworking endeavours, is one of the reasons why woodworking means so much to us.

Recently I had the good fortune to spend some time working on an old Methodist Church, that was built in 1873. The church had been decommissioned in the sixties and used for a meeting place and yard sale/antique store. I was there to replace the foundation. The wooden building consisted of one large room and an entry vestibule. The wood for this building had been dragged across the ice from the other side of the bay. Although there was evidence of the use of a large circular saw, all of the other woodwork had been done by hand.

The large, single room had vertical wood wainscot paneling about 36″ high, around the perimeter. The paneling was topped with a 2″ half-round chair moulding.

After several trips to the site, and this room, I noticed a facetted effect when the sun shone across the wainscot paneling. The surface showed the unmistakable marks of being planed by hand. Even though the boards had been painted numerous times, the plane blade marks still showed through. Intrigued by the idea of the handwork, I looked further. The closer I looked the more it became apparent that all the boards were not the same width. Each large board, about 12″ wide, had a bead run on the edge, and another bead run in the centre, to make it look like there were two boards. The beads were run with a hand plane. There were also narrower, single boards of varying widths. It was plain to see that the effect of the smaller board was intended. As I looked around the room, I also noticed that not all the boards were parallel in width or standing vertical. Progressive, tapered boards gave an accumulative effect of the next board leaning dramatically to one side. Clearly, there had been a very odd style of woodworking used to produce this result.

Next, I noticed the very uniform nailing, two nails in the bottom, and two nails in the top of each 6″ board. The strange thing is that the boards were tongue and grooved together on the vertical edges, so one hidden nail on the tongue side (top and bottom), would have been ample to hold a 6″ board. The tongues and grooves were also run with a hand plane. What was even more unusual, is that the widest boards had the same two nails (on both the bottom and top) of each 6″ section of the 12″ wide board. This really did not make any sense at all. Particularly, when I remembered cut nails were a very expensive item in 1873. So why would so many nails be wasted?

After considerable head scratching, I came up with this conclusion: Most rural buildings of the 1873 era were group projects, as many hands made light work. Conceivably many people hand planed those wainscot boards and maybe even nailed them on the wall. Not everybody who helped was a skilled and knowledgeable woodworker. Some just banged in the nails as they had been told, regardless of the desirability of face nailing or the number of nails used. These people were probably members of the congregation that would attend their new church. Each one of them took pride in their own contribution of woodworking labour to the otherwise plain decoration in this church. Now that I think about it, there are about 120 boards in that wainscot paneling, about the same number as the people that would squeeze in for service each Sunday. I am sure they were all ages and probably some of the elderly ones were a little bent over, just like the wainscot boards. It seemed to me that these very individual wainscot boards were almost a marker for each one of those parishioners who did this woodwork so many years ago. They had something to show for the blisters, slivers and perspiration. Their physical contribution lives on, represented individually (and collectively) in this historic piece of woodworking.

What I’ve come to realize in all of this, is that no matter what your level of expertise (or size of the project), there is a good chance that your work will survive you. Maybe our woodwork is similar to an ‘ethical will’, that is, a collection of what we have learned, and want to pass on to the next generation.

If this analogy is correct, others will read our work in the same way. What will our work say about us? Some of the comments might sound like this: “Wow, did he know his stuff! Look at the way he matched the pieces of wood and fitted the joints, which are still holding!”; or, “Look at the care, patience and skill that went into that beautiful piece of furniture, it really is a piece of art.”

The everyday ordinary tasks of doing woodworking is, in a sense, a representation of who we are. Perhaps this legacy, of our woodworking endeavours, is one of the reasons why woodworking means so much to us. 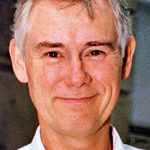