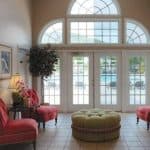 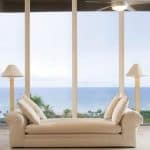 Applying heat control film on southerly facing windows is an inexpensive and easy way to keep rooms cooler in summer and warmer in winter.

Window film of one kind or another has been available for quite some time. There are films for privacy, window decoration, security, glare control, heat control, or a combination of these features. Some of these first window films meant to control heat had unwanted side effects – the more effective films tended to darken windows, obscuring the view from inside the home, while some films were highly reflective. Fortunately, many of the modern window films do a much better job of reflecting heat before it can radiate into the home, while allowing a lot more light to pass through the film and significantly, if not entirely, reducing glare. An additional benefit of these films is that they reduce fading on interior furnishings, flooring and paintwork caused by visible light, as well as UV (ultraviolet) and IR (infrared) radiation.

Reduce the Temperature
In locations where the sun’s rays will make cooling a room difficult, special window film can help keep solar radiation out. Big Difference
The windows on the left side of this photo are shown without window film. The windows on the right have film, and are less bright and show less glare, making it more comfortable for people to be in the room on a sunny day. 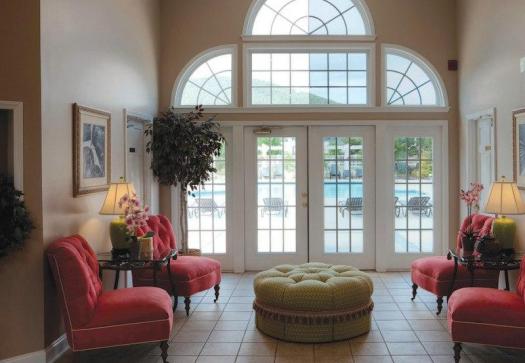 If you have rooms with southerly facing windows and find that the rooms are uncomfortably hot during the summer months – perhaps causing you to close the window coverings most of the day, or to continually run your air conditioner – then you might want to consider window film. DIY window films are available from home improvement retailers as well as specialty window covering outlets – they’re cost effective when pro-rated over a five- to ten-year period (and especially so when you consider the cost of replacing windows). While window film is not overly difficult to apply, it does take patience, preparation, and persistence. Premium window films, which typically provide higher levels of heat reflection and longer product warranties, are usually installed by authorized installers.

Window film can be applied to single, double pane, and double pane windows with low-e glass coatings. Some films can be applied to triple pane windows as well. The film is generally sold in rolls, and either has an adhesive backing, or it adheres to the glass by means of static cling (which makes them easy to reposition and remove). Once installed, most films can be cleaned with non-abrasive household cleaning products.

Window film is made from polyethylene terephthalate (a polyester resin) and then embedded with a dye, a metallic coating, or a non-metallic nano coating (ceramic or carbon particles, or a combination of both particles). UV blockers are typically added along with a scratch resistant coating applied to the exterior surface of the film.

Dyed film absorbs visible light and a small portion of IR. Visible light has about 50 percent of the sun’s energy, so by absorbing visible light, dyed films heat reduce heat passing through windows as well, though not as effectively as reflective films.

Metallic film (also used on car windows) will block heat while allowing sunlight to pass through. Most metallic films are also reflective and can make the windows look shinier when viewed from the outside the home. Nano coated film is virtually non-reflective, with typically higher rates of heat rejection.

According to window film manufacturers, there are films available that when applied to double pane windows are unlikely to cause thermal glass breakage. However, if your windows are still under warranty, check to see whether the warranty will be void if window film is applied.

The warranties on these films vary quite a bit, from a couple of years on economy film, to as long as 25 years on higher quality window film.

Depending on whether the film is placed on single, double, or triple pane windows, these films can block up to 99 percent of UV radiation, 80 percent of IR radiation (over the entire IR spectrum), reduce solar heat gain by about 80 percent, let in about 70 percent of visible light, and reduce heat loss through the windows in winter by up to 80 percent.

There are a variety of terms associated with window film (see the Sidebar). Two of the most important terms are Visible Transmittance (VT) and Solar Heat Gain Coefficient (SHGC). The VT has a value that ranges from 0 to 1. The higher the value, the more daylight is transmitted through the film. The SHGC (also measured on a scale of 0 to 1) tells you how much heat is transmitted – the higher the value the better the film is at keeping heat from entering your home. The relationship between these two is referred to as the Light-to-Solar Gain (LSG) ratio – the higher this number the brighter a room will be without adding lots of heat.

The author would like to thank Steve DeBusk, Technical Enablement Manager at Eastman Performance Films, for technical advice in preparing this article.

Here are some terms that will be useful when shopping for window film.

Infrared Radiation (IR) – The invisible radiant energy from the sun that we can feel as heat.

Visible Light Transmission (VLT) or Visible Transmittance (VT) – The fraction of visible light that is transmitted through a window (after the film has been applied). The higher the VT value, the more light is transmitted.

Solar Heat Gain Coefficient (SHGC) – The fraction of solar radiation admitted through a window. The lower the SHGV value, the less heat is transmitted.

Visible Light Reflection (VLR) or Visible Reflectance (VR) – The reflecting value of a window film. The higher the value the shinier (the more mirror-like) the window will appear.

U-Factor – This is a measure of the rate of heat transfer measured in BTUs per hour per square foot. The lower the U-factor value, the better the window insulates. 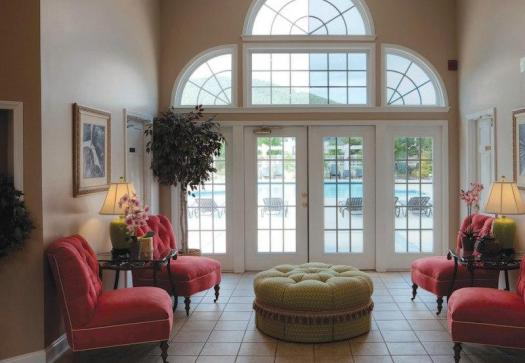