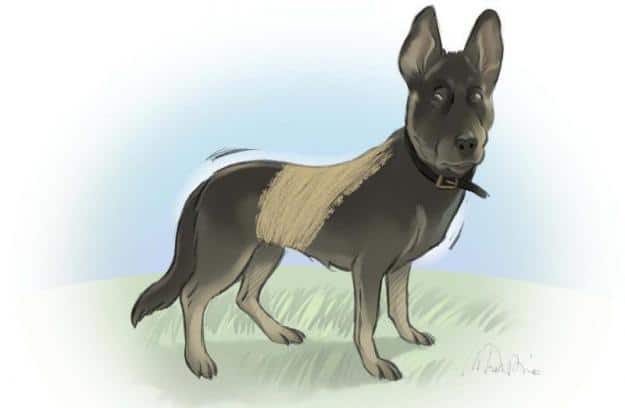 Renovation: n /rénna váy shun/ (heavy accent on shun, as in: stay away from). A “suggestion” or idea postulated by one’s spouse to drive the other insane or to divorce (either option is usually fine).

A “suggestion” or idea postulated by one’s spouse to drive the other insane or to divorce (either option is usually fine).

When I left you last month, I had just completed the installation of laminate flooring in the mistress bedroom, only to discover I had done it all wrong, according to the smug article in the previous month’s issue of Canadian Woodworking. While comparing my floor with that in the magazine, I noticed there were a couple of small areas that might benefit from some minor adjustments in order for it to be absolutely perfect. Unfortunately, it would entail tearing up the entire floor and starting over. Probably using a professional flooring crew and Mike Holmes.

I came up with a much simpler and quicker solution than that. Quickly move all the furniture back into the room, throw down a rug or two, replace all the light bulbs with much lower wattage ones and close the drapes half way. Two months later and no one has noticed any flaws yet. Mind you, we sometimes have a hard time finding the right dresser or wardrobe in the dusky murk. I once ended up in a simply stunning, baby blue peignoir by mistake one evening while searching for my robe.

Shortly after installing the floor, we (she) decided to paint the walls. Paint tends to drip, I discovered. All over my nice new floor.

Since we were painting everything anyway, we (she) decided to paint the exterior of the house as well. If you recall from last issue, a previous owner who was clearly colour-blind or under the influence of some substance or another, possibly wine, had painted the entire house pink. Still don’t fully understand how we missed that. Anyway, we decided that beige was the way to go for the walls because that’s the predominant colour of the Okanagan in the summer, and a simply divine (her words) chocolate brown for the trim. Because that’s the predominant food group in our house.

We purchased the paint and some deep nap rollers for the stuccoed walls and went to work. In an amazingly short time, we were done. Or at least as done as it’s going to get for the foreseeable future. The rear wall is still pink but it faces the only neighbours who aren’t friendly, so who cares? Most of the trim is finished but with some minor splash-over on the windows and a lovely beige streak down the side of the dog; but overall, the house looks a lot better. So does the dog. At least the house isn’t pink anymore. We happily stood back and admired what we had accomplished. Then we hit another winery.

Shortly after our triumph with the exterior, we (she) decided the laundry room needed some adjustments because of the toilet located in the middle of the room, the washing machine located over in one corner and the dryer in the opposite corner.

According to her, by simply smashing a hole in the wall between rooms and then simply throwing up some other walls to form a walk-in closet and simply moving all the plumbing to the same wall, moving the toilet, installing a bathtub, wiring-up some in-floor electric heating, installing ceramic tile on pretty much every level, near-level and hopelessly un-level surface we could find, we could easily turn a worthless laundry room into a lovely walk-through closet and three-piece en-suite. Simple!

Much time has now passed. The bathtub is installed and the drain works perfectly. Or at least it will once I get the water lines hooked up. The boxes of ceramic tile remain stacked chest-high in the garage, the in-floor heating is still in-boxes. There are no doors on the walk-in closet so the drywall dust has turned all her clothes a uniform grey, including the aforementioned peignoir (my clothes are safely stored on the floor under the bed). The washer works well … but only with cold water since I broke the hose adaptor off while installing the bathroom door. Said door leans gracefully and somewhat mockingly against the bathtub (which doesn’t work anyway) and the dim bulb on the ceiling dangles from bare wires because we can’t decide what fixture would look best. None of which really matters because we (she) still haven’t decided what colour to paint the room anyway.

The toilet, however, works great! Although the roll of toilet paper remains on the bare plywood floor because we don’t have a holder for it yet.