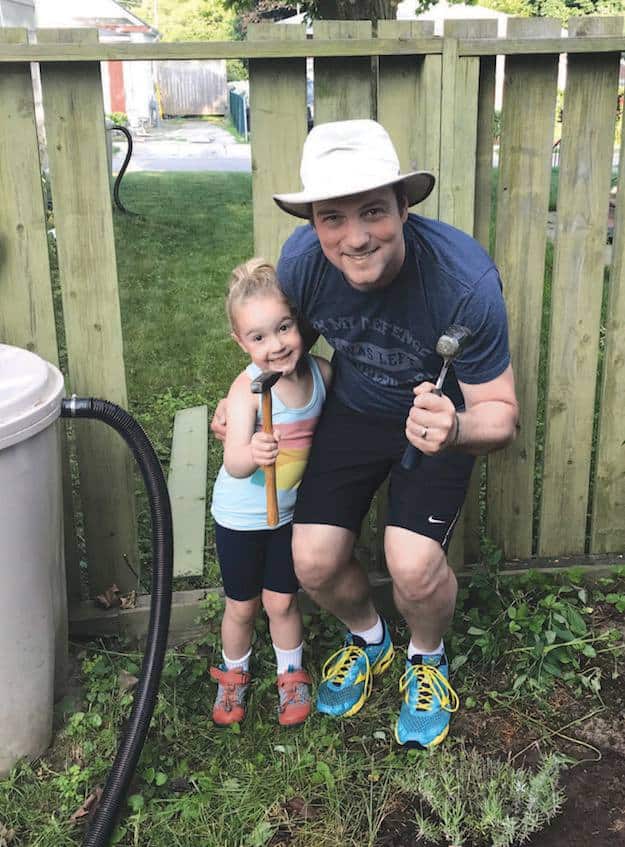 When summer turns to fall and winter, the “to do” list becomes the “didn’t get done” list.

And no, this isn’t a sad story about how the list haunts and taunts me every time I walk by it on the fridge whiteboard; I erased that list weeks ago to get around that problem. First, I planned to build a sandbox for my two kids and I even had some wood left over from my in-laws new deck, but like many jobs on this list, it didn’t get done.

I had one week of vacation this summer and rather than build the sandbox, my four-year-old daughter and I decided to turn one corner of our backyard into a butterfly pollinator garden. Not a waste of time by any stretch, but also not what I had planned to do that week.

Another major job I wanted done was to build a new shed in the backyard. The current structure has developed a leaky roof. I’d also like a larger workspace so I have space to actually move my tools out of the basement and maybe get the occasional woodworking project done outside of the house.

Well… that one didn’t get done either. More than anything, I’d say money was a major complicating factor with this project – we didn’t have any. And my dad had even offered to help me build something new to replace the rickety, leaky old shed, but once again it got lost in the shuffle.

And it wasn’t just big, costly projects that ended up on the “didn’t get done” list this summer. The relatively simple task of painting a pair of wooden shelves and brackets, then putting them up in the living room, also went unfinished. But at least we started this project. My wife bought the wooden brackets from Ikea, I bought the wood for the shelves at the lumber store, and I even went out and got the paint … yet, you guessed it, the section of our wall that should be holding our treasured memories (or dusty knickknacks) is still bare. Those brackets ended up in a box in the basement, the shelves are propped up against the wall next to them, and I don’t even know where the paint ended up.

Sure, I could list any number of excuses for why the jobs didn’t get done – I have a busy full-time job as a newspaper reporter; we have two kids under the age of five; money is tight; and to be honest, I’d rather spend my free time with my kids and wife (and once they go to bed it’s hard to get anything done around the house).

It’s not like I was totally useless this year, even though my tools largely were. I spent a couple of days helping my father-in- law replace his back deck along with my sister-in-law’s boyfriend, and that was a big job since it involved removing the original deck that was built with the house more than 30 years ago. It’s also two-storeys up, so work slowed once many of the top boards were removed.

And that butterfly garden came with the added perk of me finally replacing a 10′ section of our backyard fence that had rotted so badly the boards were starting to fall off. It was on my “to do” list for years and I finally got to cross it off. Better late than never, I suppose.

And maybe it’s a lesson for all of us – if you didn’t cross enough items off your to-do list this summer, don’t worry about it too much. Just wait a little longer and you’ll get to it eventually.