Drill/drivers come in all sorts of shapes and sizes, both corded and cordless. They are equally useful in a workshop, on a construction site, or out in your yard where you are building that new deck or fence.

Let’s have a look at some of the features that you need to consider when selecting the right drill/driver for your needs. 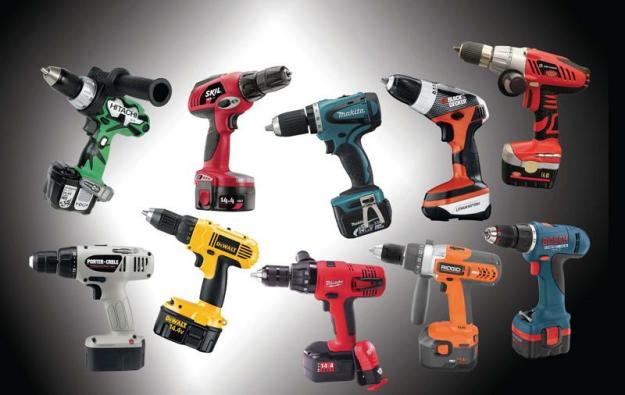 This is one of the most important decisions to make when buying a drill. Cordless drills have the advantage of being able to be taken anywhere. If you need it to put up a fence project on a five acre property, you can take two or three battery packs out with you and not worry about having power nearby. Recharge the batteries over your lunch break and you’re ready to go again for the afternoon. But cordless drills come at a much higher price, and those batteries aren’t cheap.

While I definitely use my cordless drills more often, I still prefer a corded one for heavy duty tasks like drilling into concrete. Even drilling into hardwood end grain for a large number of dowel holes seems to go better with a corded drill as you have plenty of power without battery power falling off. Another problem with cordless drills is that the high end RPMs tend to be much lower than on a corded drill, particularly as battery power drops off. While slower speeds actually tend to be preferable for driving screws, drilling holes with smaller diameter bits requires higher speeds. Sometimes a corded drill is better for the job. I’ll cover both corded and cordless drills for the rest of this article, specifying which I’m referring to as I go along.

As with most hand operated power tools, choose as much power as you can get in a lighter package. Corded drills usually offer the most power for a given weight, as cordless drills can have very large and heavy batteries in the larger voltages. The convenience of not having a cord, though, is hard to beat. Consider what kind of work you do. If you need to drill through steel and concrete all day long, you’ll likely need either a corded drill or a very large voltage cordless drill (which will be heavy). But if you’re main task is drilling small diameter holes through construction lumber and driving drywall screws, you don’t need a lot of power. People laugh at me for recently upgrading my 9.6 Volt cordless drill to (only) a 12 Volt replacement! But driving ¾” screws into a cabinet’s back panel doesn’t require much power. Using a heavier drill in the horizontal position can be very tiring over the course of a day.

With a corded drill, compare the number of amps the tool draws, from one model to another. Higher amperage usually means more power. With a cordless drill, ask for the number of “Unit Watts Out” or the torque rating in inch-lbs. I looked at several 14.4 Volt models and found power ratings from about 110 inch-lbs. to a whopping 475 inch-lbs.

Because higher RPMs are often needed to drill smaller diameter holes, it is worth looking at the speed ratings of the models you’re comparing. Most corded drills run from 0 to about 3000 RPM, which gives you everything you need. Some cordless drills, however, have only one speed that tops out around 750 RPM. I consider that speed to be only suitable for driving screws and perhaps drilling larger diameter holes. I prefer a cordless drill with two speed settings. The lower setting often tops out around 400 RPM, which is more than sufficient for driving.

Whether corded or cordless, one of the most useful functions on a drill is a variable speed trigger. I like to start a drill bit slowly and then increase the speed as I go. Often slowing the RPMs in the middle of drilling a hole will make the bit cut faster. Having more speed control also aids in driving screws when trying to start one without a pilot hole, or prevent the driver bit from spinning free of the screw head.

Both cordless and corded drills still have ⅜” chucks as the most common size, which means it can hold a ⅜” diameter shank. Larger or more heavy duty drills will have s ½” chucks, which can hold a wider variety of larger bits. The ⅜” chuck is sufficient for most common jobs, but if you use larger bits regularly, consider the ½” size.

Chucks also come in keyless varieties and those requiring a chuck key to tighten and loosen a bit. The keyless type is often a ratcheting, single sleeve style, allowing you to tighten bits with one hand while hanging onto a ladder. It’s a very convenient feature worth looking for. When using larger bits in my corded drills, however, I do prefer a keyed chuck. Larger diameter bits can exert enough force on the shank of the bit to allow it to spin in the chuck if it doesn’t have a hex shape. Being able to lock down the chuck very tightly with a key can be a bonus in some cases, even if a little more time consuming.

Most corded drills don’t have a clutch. If you use one to drive screws, it simply stops turning when the screw gets really tight. That is when a variable speed trigger is almost a necessity because it’s so easy to over-torque a screw. Cordless drills, however, always have a variety of clutch settings. The 14.4 Volt models I looked at ranged from just 6 settings up to 24. This handy feature makes the drill stop turning when a screw reaches a certain tightness. So if you’re driving a bunch of screws into the same material, you might be able to find one clutch setting that always leaves the self-countersinking screw head just below the surface. For harder materials, increase the clutch setting. For drilling holes, set the clutch to its locked position (maximum torque).

For cordless models, you need to consider the charging systems, battery types and charging times available. If you use your drill only for short bursts and it comes with two batteries, then you might not mind a three-hour charging time. Believe it or not, long charge times like that still exist on the market. If you only have one battery or you need a refreshed one often, consider a model with one-hour charge or less. Many models now feature 20 to 30 minute charge times, which is more than adequate.

You should also look at the amp-hour (Ah) ratings of the batteries. This rating gives you a better idea of how the batteries hold up through one working session. There’s no point in having a drill that only runs for 10 minutes and has to be recharged for an hour. You want a drill that works longer than it takes to recharge.

While many cordless drills still use NiMh (nickel metal hydride) or NiCd (nickel cadmium) batteries, there are other options out there that run longer. The newer lithium-ion batteries hold their charge longer when not in use, so that is something else to consider. (see “Lithium-ion”, Aug/Sept’07, Issue #49.)

You normally get what you pay for in all tools. If you’re a contractor who uses your drill/driver for long hours and treats it roughly, better to buy the more expensive, rugged models. If you are a ‘weekend warrior’ or DIYer, perhaps a simpler, less expensive model will do. It is up to you to balance your budget with a realistic assessment of how much tool you need.

Note: Prices listed in this review were correct at time of printing, but may not reflect current prices. See links/retailer for updated prices.