7 Considerations When Buying a Reciprocating Saw

Before starting into this, the first thing to know about recip­rocating saws is what to call them. You may hear the term “Sawzall” thrown around and not know what that means. Just so everybody is on the same page, Sawzall is a name coined by the Milwaukee Tool Company and refers to their specific model of reciprocating saw. So, while every Sawzall is a reciprocating saw, not every reciprocating saw is a Sawzall. Clear as mud? Good, let’s get on with it. 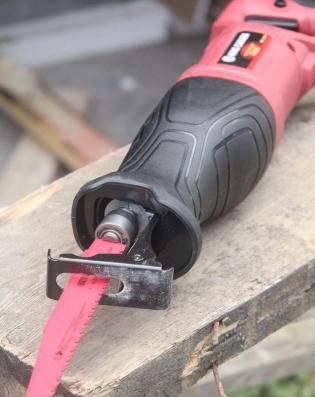 This will probably be the most important decision you make about the reciprocating saw you purchase. Almost all major tool companies offer both options, sometimes multiple options in both categories, so there are lots to choose from. Neither one is better than the other, but sometimes one is a little better suited for a par­ticular situation. Let’s break it down a bit.

A corded saw will provide continuous, consistent power whenever you pull the trigger, which is what you want. The disadvantage, of course, is that you’re usually tripping over an extension cord.  For me, as a general carpenter, I go with a corded version 95% of the time, but that’s just preference and what works best for me.  I would burn through many batteries to accomplish some of the jobs we need to do, and dealing with an extension cord outweighs the ongoing need for battery charging and replacement. For a tool that’s going to see a lot of action, especially extended periods of continuous run time, I would recommend going corded.

With cordless, you get total freedom, which is worth it some­times. The limitation of that freedom is the battery pack. Batteries have improved tremendously in the past few years and many cord­less saws can match the power output of their corded counterparts, albeit for a shorter duration.

If you’re having a hard time deciding between corded or cordless options, you should consider Metabo-HPT’s CR36DAQ4. This rel­atively new offering allows users to opt for untethered 36V battery usage, or to plug the saw into an outlet with an adapter for corded usage, giving you the ultimate in flexibility. “MultiVolt” tools from Metabo-HPT are an innovative approach in how you power your tools, and will keep you going in just about any situation.

A key factor for the consumer will come down to price. Cordless saws are inevitably more expensive, sometimes as much as twice the price of a similar corded model. Going cordless also means needing batteries, which unfortunately they don’t just hand out. Batteries, especially good ones, aren’t cheap. Ultimately, the con­venience comes at a greater cost, so think about your needs and wants, and decide what is going to work best for you.

You’re thinking about purchasing a reciprocating saw for a job you need to do, but then think, “What am I going to use it for once I’m done this job?” Well, fear not. There are dozens of uses for a reciprocating saw. It’s a wonderfully versatile tool that lends itself to all sorts of projects. With the right blade, a reciprocating saw can be used to cut wood, metal, plastic, masonry, structural steel, and even your shrubs and trees around the house. If you’re wonder­ing whether you can cut something with a reciprocating saw, the answer is almost always yes. Which brings us to .…

3) Battle of the Blades

You could write a separate article on blades (and luckily there is one in this issue, “Reciprocating Saw Blades”), so I will keep this short, except to highlight the importance of picking the right blade for the job. There are dozens of blade options out there, at varying lengths and for many different materials, so choosing the best blade for the job will make all the differ­ence. A brand-new saw won’t help you much if you’re using a worn-out blade that has fewer teeth than your great-grandfather.

As you start to zero in on the saw you want, there are a couple of other features to consider before the checkout, one of them being the motor. The two main options are brushed vs. brushless. Without diving too deeply into the inner workings of motors, here’s how they compare.

A brushed motor uses small brushes to make contact with and transfer electricity to the moving parts of the saw, which ulti­mately powers your tool, and in our case, causes the reciprocating motion we want. Brushes are inexpensive and this type of motor is the simpler of the two and there­fore also easier to fix as the tool ages. The flip side is that brushes wear out over time, costing you tool downtime and repair costs.

A brushless motor, on the other hand, induces an electric current, without contact, using magnets. These motors require a little more engineering to produce, and there­fore are more expensive. They’re also more costly to repair, because of their more com­plex nature. The advantage to these motors is that they are more efficient, which means they last longer, need less maintenance and are quieter.

Ultimately, a contractor using this tool regularly will probably opt for something brushless for its longevity and overall better performance. But if you’re a DIYer, there’s nothing wrong with a brushed motor and you may decide not to shell out the big bucks.

While considering the motor, we should also touch on the amperage rating. All reciprocating saws have a listed amp rating. At the top end you’ll find saws with 15A and at the low end about 7A. The amperage rating of a saw is the ability of the motor to handle electrical current. The higher the amp rating, the more current it can pro­cess without overheating. Overheating a motor is perhaps the most common cause of motor failure in power tools, so the higher the amp rating you have, the less likely you’ll burn out your tool under high workloads. Again, contractors will lean towards a higher amp rating because their tool is going to see a whole lot of action, especially prolonged periods of run time. However, there’s nothing wrong with some­thing at the lower end if you’re just doing light duty things around the house. Go with a higher amperage saw for higher volumes and intensities of work.

Many manufacturers now offer orbital, or elliptical, cutting blade motion. A straight reciprocating motion is simply back and forth, whereas the orbital cutting option produces a slightly orbital motion during the cut. The difference could be compared to throwing an object straight up and down with one hand, as opposed to trying to juggle two objects with the same hand. This orbital motion produces a more aggressive cut and makes for quicker cuts through some materi­als, particularly wood. It’s notably useful during demolition work, but can be too much for other situations, such as metal cutting. Be aware of this feature, as well as how and when it can help you.

The last item to discuss before heading to the reciprocating saw aisle of your local hardware store is cutting speed. Cutting speed is measured in strokes per minute (SPM) and you’ll generally find a range from 2500 SPM to 3500 SPM, with closer to 3000 SPM the most common. Cutting speed is controlled in two main ways. The primary way is through the variable speed trigger. It’s very likely a standard feature now. I haven’t come across a saw lately that doesn’t work this way. A secondary setting that many, but not all, saws have is a dial that can be adjusted to your desired speed. Cutting speed can be important depending on what material you’re working with. Keep in mind, faster is not always better. Faster can also mean hotter for both blade and motor, and heat will deterio­rate both if not managed properly.

Keeping these tips in mind, and prioritizing those most important to you, will go a long way in helping you purchase the right saw for your needs. At the end of the day, there is no one saw and set of features that reign supreme. The best saw is going to be what is best for you. Enjoy the ride, and happy cutting. 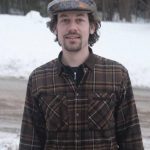