There are a variety of drill bits to choose from when hole concentricity and size accuracy isn’t overly important. These include twist, brad-point, spade, and tapered bits. However, when you want to drill holes with super crisp rims that are accurately sized, and have clean, flat bottoms, Forstner-style bits are the better choice. As well as drilling precise, clean-edged holes in soft and hard woods, plywood, MDF, and laminates, these bits excel at drilling angled holes, overlapping holes, and holes on the edge of stock.

Forstner bits typically have two flat curved rims with inside bevels, two chippers, and a center spur. They are usually available in diameters up to around 1″. Saw-Tooth bits have a similar configuration, except the rim is toothed. These bits can be had in diameters from about 1″ to 4″. 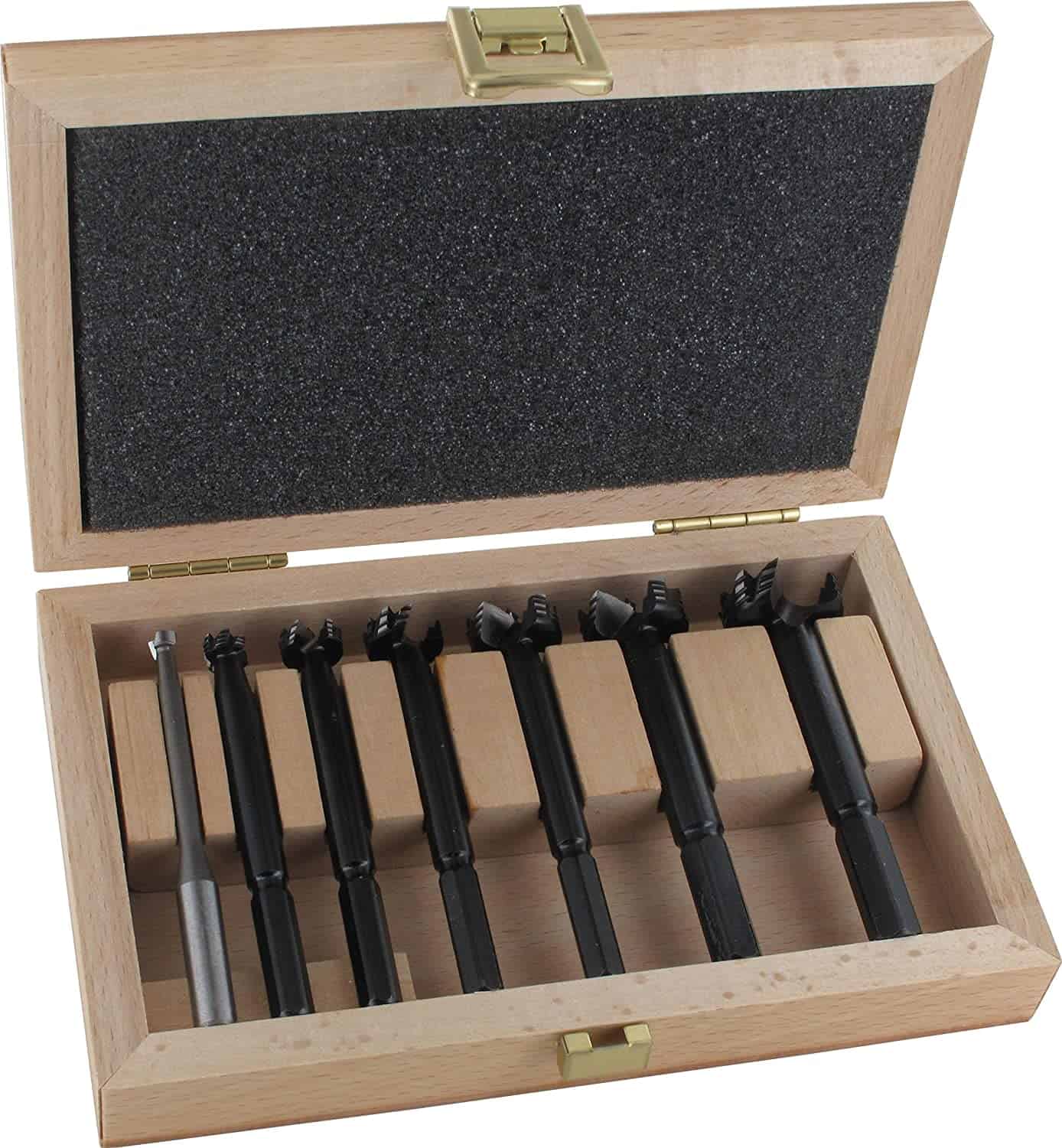 Probably the most common problem with Forstner bits is overheating. Constant contact with the cutting surface and chip buildup are the culprits here. Friction builds up heat that can remove the temper from the bit’s cutting edges and shorten the bits cutting life. This can be caused by exceeding the maximum speed the manufacturer recommends for the size of the bit and the type of wood you’re drilling into, applying excessive force when drilling (especially in dense hardwoods), and a buildup of chips around the bit.

The German company FAMAG have successfully resolved this problem with their Bormax 2.0 Forstner bits. And fortunately for Canadian woodworkers, these bits are now available from KJP Select Hardwoods.

What makes Bormax 2.0 bits so effective is their unique design. Like conventional Forstner bits they have two cutting rims, two chippers and a center spur. Similar to saw-tooth bits the cutting rims have a series of skewed teeth in a wave form pattern with sloped cutting bevels that shear wood fibers and cut clean holes. The curved outside edge of the rims have a series of longitudinal grooves that do an excellent job of dissipating heat. 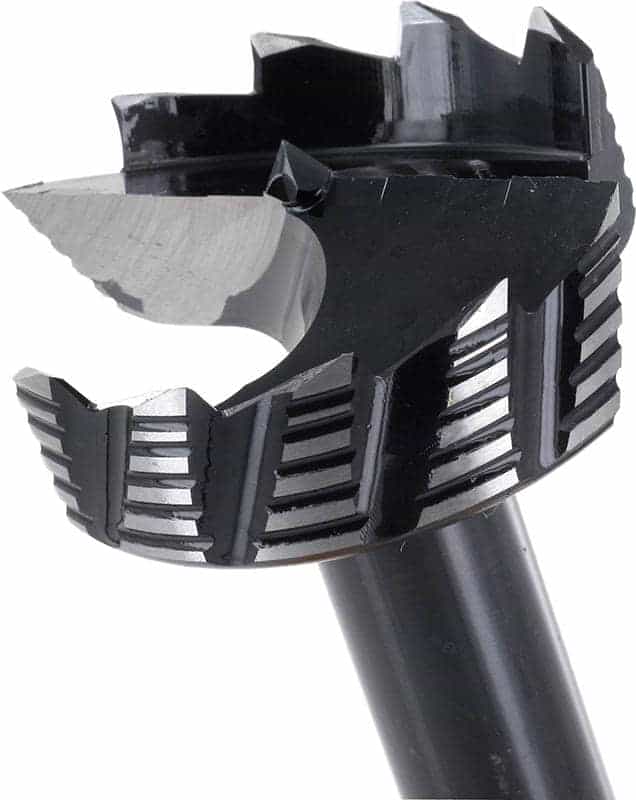 The hexagonal shank does a much better job of transferring power to the bit than does a round shank, and the four-sided center spur has a very fine point that makes it easy to precisely position the bit.

The bits are made from alloyed tool steel (likely some combination of tungsten, chromium, vanadium or molybdenum), which gives good wear resistance, impact strength and added toughness. The black oxide coating on the bits provide some additional corrosion resistance and helps to reduce friction and heat buildup. 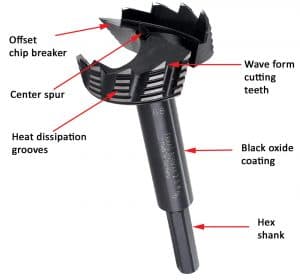 You can purchase these bits separately, or in various boxed sets. The smaller diameter bits (up to about 1″) can be used freehand in a drill. However, for the larger bits (up to 60mm/2.4″) you’ll want to use a drill press. The set I’ve been using has 7 bit sizes from 1/4″ to 1″.

I found that the Bormax 2.0 bits did an excellent job in hardwood and softwood, whether drilling face, edge or end grain. The holes precisely matched the diameter of the bits, and the rim edges and bottom of the holes were crisp and clean. The bits did a superb job of clearing chips – better than any other bits I’ve used.

Not only do the Bormax 2.0 bits perform well drilling straight holes, they do a very good job drilling angled holes, overlapping holes, and holes on the edge of boards. As with standard Forstner bits drilling holes on the edge of stock is easier if you clamp the stock to the drill press table – particularly when drilling into short, narrow stock.

When drilling just a few holes the bits barely heat up at all. When consecutively drilling dozens of holes there is some heat build up, but noticeably less than with standard Forstner bits. 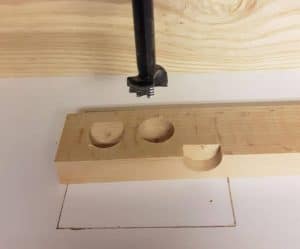 At $237 for a set of seven (an average of $34 per bit) they aren’t inexpensive, especially when you compare it to a standard set of boxed Forstner bits that can be had for around $100, or about $14 per bit.

But if consistently precise, cleanly cut flat bottomed holes are what you want, then the Bormax 2.0 bits are well worth considering. If these bits last twice as long as standard Forstner bits then they’re a economical choice. If they last three times as long, as I fully expect they will, they’re a stellar deal. Highly recommended.