It’s been five years since Festool released the SysRock Bluetooth jobsite radio – a super compact radio/speaker combo that delivers great sound (read our review here). The new Festool TopRock is a different kettle of fish – and delivers even better sound quality than the SysRock. 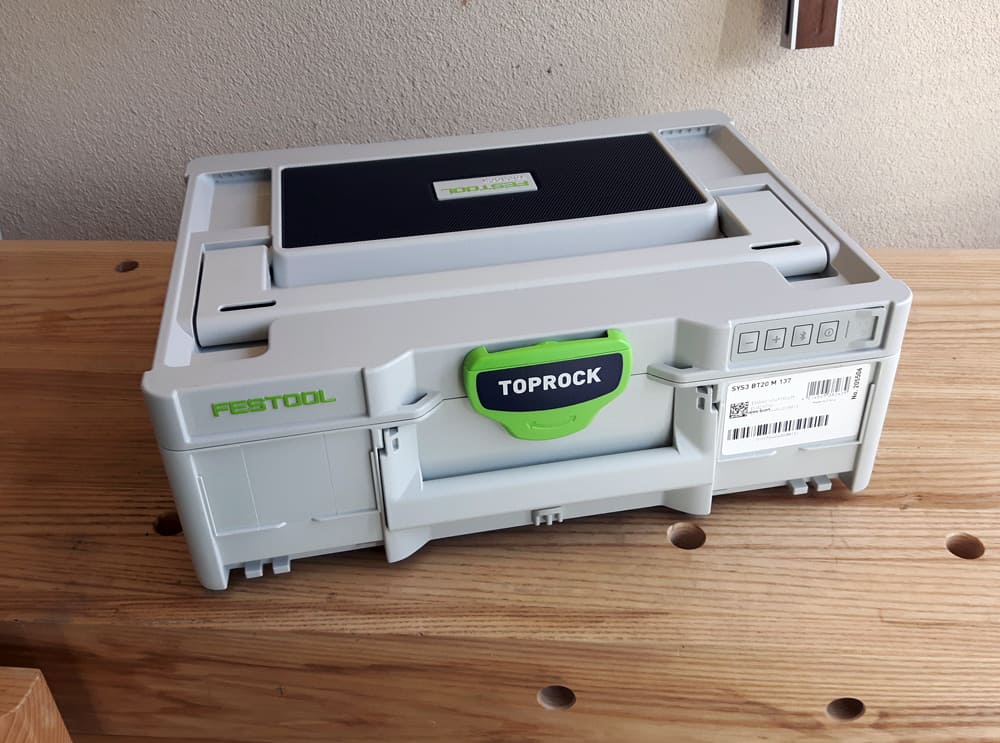 The first thing you’ll notice is that the TopRock is integrated into a Festool Systainer 3 – actually into the lid of the Systainer. Which, of course, means that you can use the bottom part of the Systainer to store tools, bric-a-brac, your lunch, or whatever. The Systainer is stackable, though you really don’t want to stack anything on top of the TopRock as it will cover the sound grill. A nice feature is that the lid has a soft-close feature so it doesn’t slam down when you release it. There are two carry handles making it convenient to cart to and from the jobsite, around the shop, or to the great outdoors on the weekends.

The second thing you’ll likely notice is that there is no external battery – I think this is the only Festool product that uses an integrated battery. Tucked into the lid is a 10.89V 3.35Ah battery that delivers about 20 hours of listening pleasure (at a medium sound level). Even at the maximum sound level you’ll get the best part of a work day’s worth of listening. If the battery becomes fully depleted it takes about 3 hours to recharge. But, plug it into any electrical outlet overnight and you’re good to go in the morning. The only issue about an internal battery is that it isn’t user-replaceable (thankfully Festool has a top notch 3 year ‘all inclusive’ warranty.)

The control panel couldn’t be simpler. There are four buttons, from right to left in the photo above – power on, Bluetooth connectivity, volume up, volume down. The volume buttons give you 16 volume levels.

Once paired to your smartphone you can control the volume with your mobile device. You can also use the USB port (located just above the 110V adapter) to charge you smartphone. Pairing is straightforward – if you’ve never paired anything with your phone before the instruction manual that comes with the TopRock has clear steps on what to do.

As with most Bluetooth devices the effective operating range isn’t enormous – for the TopRock it’s about 50 meters. And, of course, any obstruction (think concrete wall) in between the TopRock and your smartphone will likely reduce that range.

The on/off button flashes white (and then red) when the battery capacity drops into the 25% zone – which is handy if you happen to notice the flashing. I’d much rather have a signal sent to my smartphone.

I’m not an audiophile but I know what my ear likes, and I really like the sound that the TopRock delivers. It’s clear and crisp at any sound level, while the bass sound is clear if not thundering. The sound is, for me, superior to the sound delivered by the Festool SysRock.

Unlike the SysRock the TopRock doesn’t have a built-in radio – which means I won’t be getting rid of the SysRock anytime soon.

According to Festool if you connect two of these TopRock speakers together you can get true wireless stereo – but really, on the jobsite? In an industrial setting, perhaps.

Either way, if you’re looking for a great quality Bluetooth speaker and can live without the radio, then the TopRock is definitely worth considering. 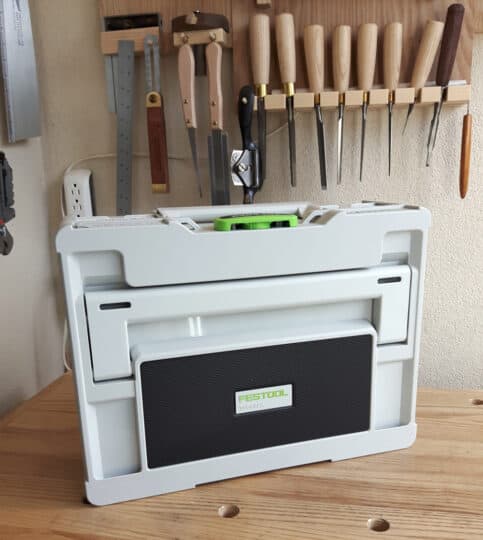