It’s funny, when I have my own tools in my hand I’m quite careful with them. But when someone gives me a tool to try, I always pick the worst possible jobs to try it out on. I like to push a demo tool to the absolute limit. I took this driver head-to-head with four others in another article in this issue. You can flip there to see how the King impact performed on those par­ticular tasks. 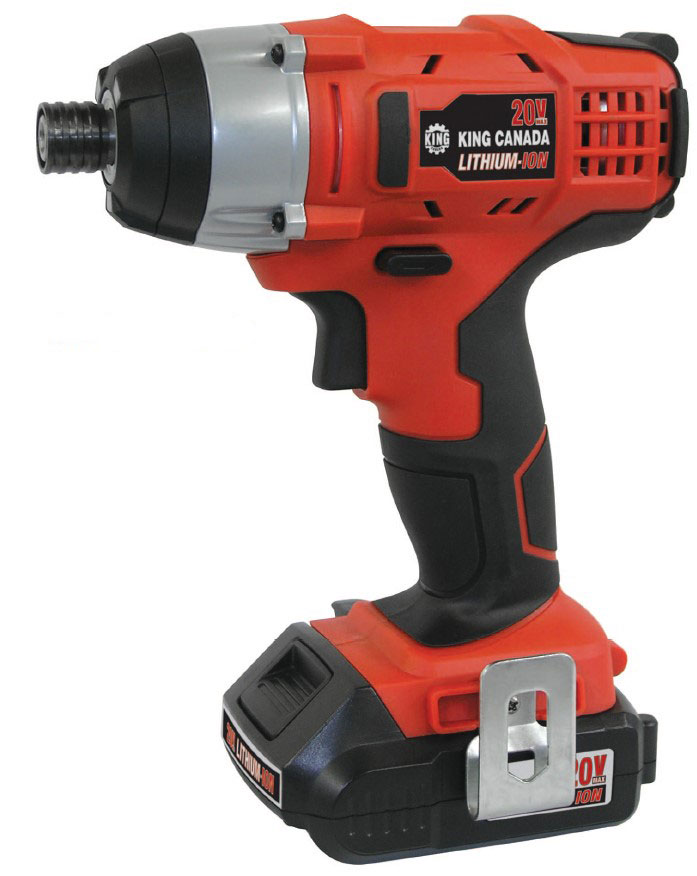 My first impression opening up the box for the King impact was that it’s a little bit on the big side for this type of tool. Having said that, it doesn’t feel awkward or overly heavy in the hand. It has a good balance front-to-back and side-to-side. It feels like the center of gravity is right in the middle of your hand when you hold it, and that makes it fairly comfortable to use. The included batteries for this kit are 1.5 ah. This is a compact battery which will have a shorter runtime due to the lower cell capacity, however that’s pretty typical for a kit in this price range. I didn’t find the overall runtime on the King was short, by any means. I was able to do my normal course of work without constant interruptions to change batteries.

One thing I noticed with this impact is that it has a lower RPM than most, at 2200 RPM. I found that it was fairly sensitive on the trigger, and it has a good low-speed range, well suited to finer work. I tried it on a bunch of short machine screws that normally I would not use an impact on, and I was able to control the tool and not damage anything. I also gave it a go on some heavier bolts and on a gear puller and found that it worked decently at higher torques. It does have a lower maximum torque than the driver I normally use day-to-day, so I found that using it on the gear puller pushed it to its limits, which is what I mentioned above about pushing it to its limits. I would be cautious about using it in an application like this a lot—where you have to apply maxi­mum torque for a few minutes at a time. This definitely doesn’t represent normal fastening applications for impact drivers, where the time the tool has to work at the absolute maximum output is very short. In terms of normal operations like driving and large screws it worked well.

Overall, this King driver impressed me. It’s a bit longer than aver­age, so there’s a chance it might not fit into the tightest of situations, but for most users this is a rare necessity. Because of the brushed motor and lower torque output, I wouldn’t use it for super-heavy applications a lot, but I think it would work well for occasional heavy usage. I did like the low speed control, and the driver felt well bal­anced in my hand. This would be a good tool for bench work, doing assemblies or disassembly of projects. It was also good for the stan­dard use of driving assorted larger screws into wood. It has three bright LED lights on it, too, good for working in dark corners.