Just over two centuries ago we were able to harness electricity and save it in a container for later use. These containers were called batteries and their first form was a cumbersome voltaic pile of silver and zinc. Such batteries were the start of a long trek by scientists and inventors to cut the electrical umbilical cord, and to provide consumers and industry with the highest capacity power in the smallest possible package. There were also a lot of other issues that had to be solved along the way, including managing high voltage, recharging times, and long service cycles. 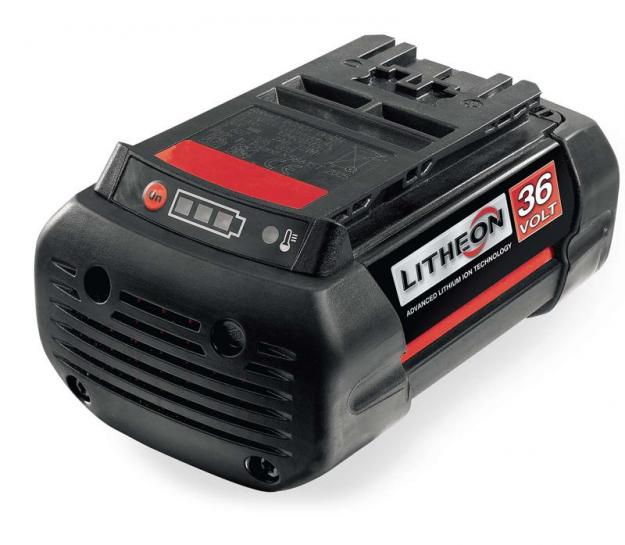 Nickel cadmium (NiCd) batteries have been around in one form or another for the past 100 years. Re-chargeable nickel cadmium batteries were the first promise of a cordless tool industry. However, the first nickel cadmiums were plagued with problems. They had a very short shelf life, a limited number of service cycles (number of recharges) and they had ‘memory’ problems (i.e. batteries would not fully recharge if they had not been fully drained prior to recharging).

NiCd batteries have improved significantly over the years, and are still a standard power source for cordless tools. NiCd battery packs consist of a quantity of 1.2 Volt cells that are bundled into a shape and total voltage to suit the individual tool manufacturer. For example, there are 15 cells in an 18 Volt battery pack.

Most tool manufacturers offer nickel cadmium batteries that are in the 2.0 to 2.2 mAh power range in their 18 Volt configuration. (mAh stands for Milliamp Hour, a technical term for how much power a particular battery will hold.) Bosch offers an 18 Volt battery pack that provides a 2.4 mAh rating, which is exceptional for a nickel cadmium battery pack.

The early 90s brought a somewhat controversial new technology called Nickel Metal Hydride (NiMH), with only a handful of tool manufacturers adopting this new power source (Black & Decker, Fein, Makita, and Panasonic). NiMH rechargeable batteries offered a more constant torque from initial full charge to full discharge, and provided up to 40% more power than NiCd batteries. However the cost for this additional power was a reduced battery life (fewer service cycles) and a higher cost per battery. NiMH battery packs are less prone to memory problems than NiCd batteries and require a longer charge time to avoid overheating.

Enter The Age of Lithium-ion

2006 saw the introduction of a new era in cordless tool power – Lithium-ion (Li-ion) batteries. Li-ion battery packs offer significant advantages over the previous two power sources: lighter weight cells (up to 50%), higher voltage cells (up to 3.6 Volts), higher amperage, flat discharge rate, and virtually no self discharge (+/-10%) even after nine or more months of being left idle. The flat discharge rate has prompted companies such as Milwaukee and Ridgid to include a ‘gauge’ on the battery pack for easy monitoring of battery drainage. With only 5% of the full charge left, you may notice a slight drop in power.

Milwaukee was the first cordless tool manufacturer to utilize the Li-ion power with a 28 Volt cordless tool platform. To achieve this, Milwaukee was able to configure their Li-ion cells to contain 4.0 Volts. DeWalt followed with a 36 Volt series which they claim provides corded power without the cord. The 36 Volt batteries weigh the same as 18 Volt nickel cadmium batteries.

The contractor or serious woodworker can now have a full-size 7 ¼” circular saw that is battery powered and has the same level of power that you would get from a corded circular saw.

Some Li-ion tool manufacturers even offer warranties such as five years or 2,000 charges. How do they know how many charges have been made? They incorporate a chip in the battery pack that will provide the initial charge date and then continue counting. The chip also looks for trouble areas and even battery abuses.

Li-ion battery packs are more expensive than NiCd or NiMH batteries at the moment, but as more and more tool manufacturers change their platforms, these prices will become more reasonable. One other major advantage of Li-ion technology is that these more powerful (and lighter) battery packs can power a whole new range of cordless tools including rotary hammers, portable bandsaws and even automobiles (see tesla.com).