With such a broad variety of tools available on the market today, specialized for many different tasks, it would be hard to imagine a wood shop without a mitre saw. Mitre saws are indispensable for almost every project, performing the valuable job of cutting dozens or even hundreds of pieces to finished length. Mitre saws have come a long way in the last decade, and especially the sliding compound mitre saw has rendered the radial arm saw pretty much obsolete. 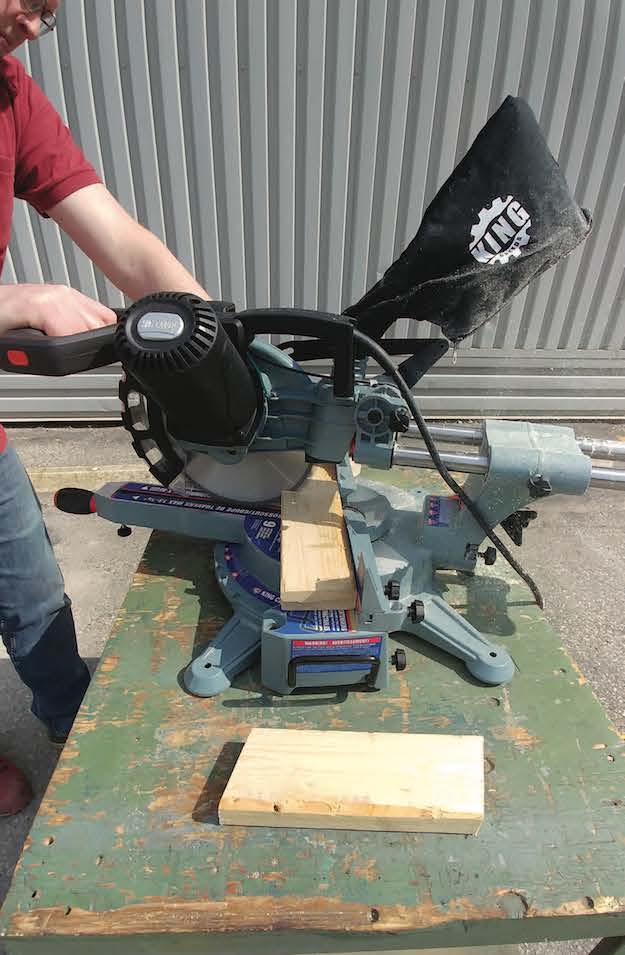 When Editor Rob Brown and I originally discussed doing this article, I never really said to him that I had a secret suspicion that the mitre saw market was seriously lacking, and that I wanted to do the article as a chance to find out if there was actually a good saw “out of the box” on the market. But it turns out that I was right – every one of the mitre saws I looked at needed some work. In my opinion, all of these saws had some shortcomings. Some were better than others, and some issues were more critical than others, but all had some drawbacks.

I tried all the saws with a dust extractor to see how they would perform. The Ryobi has a really well-designed dust shroud that seemed to get the most dust, while the long and bendy pipe on the Bosch did not seem to get much, although going to a more powerful vacuum definitely helped. The other saws were all about the same. I thought the Makita would be a lot better than it was with the two points of collection, but some dust still escaped onto the bench during use. Mitre saws need a pretty good vacuum to work effectively, but in all cases the vacuum seemed to get more than just the bag.

It’s probably no secret that Makita got a lot of attention in the last year or so online with some models of saw not having the mitre detents set right at the factory. I think because one person checked their saw and talked about it, everybody started checking and finding that their saw was out, too. This is actually very common, even though it shouldn’t be. Of the five saws I tested, the Ryobi was the only saw that was right on out of the box – all the others needed adjusting. Some of the saws also required the bevel stops at 0° and 45° to be adjusted. None of the fences were square to the tables either, although the Bosch and Makita fences were very close, only out by 1 to 2 thousandths, while the Ridgid and Ryobi fences were off considerably more.

The Bosch saw is a bit unique in that it has a pivoting knuckle arm as opposed to the usual slide. The saw operates very smoothly though, and the design has been on the market a number of years now to prove its durability. The advantage to this design is that the saw can sit on a bench against the wall and still function. Some sliding saws need a very deep workspace to slide back and forth, but the Bosch saw does not, as it’s very compact. The Bosch is about 10” shorter than saws where the rail slides back and forth in the base casting. One of the things that I like about the Bosch saw is that all the controls are up front for the bevel lock and bevel angle stops. The saw has hard stops at 0° and 45°, but can also swing past 45°, which is great if you’re trimming a corner that is over 90°. The Bosch saw has great cutting capacity and runs smoothly. I like that you can mitre well past 45°. At 64 lb., this is one of the heavier saws I tested, and while I wouldn’t let this worry me if I was going to put it on a bench and leave it there forever, it is a bit heavy if you have to move it all the time. The Bosch saw is also not available with a laser out of the box – you have to purchase an additional accessory to make that happen. 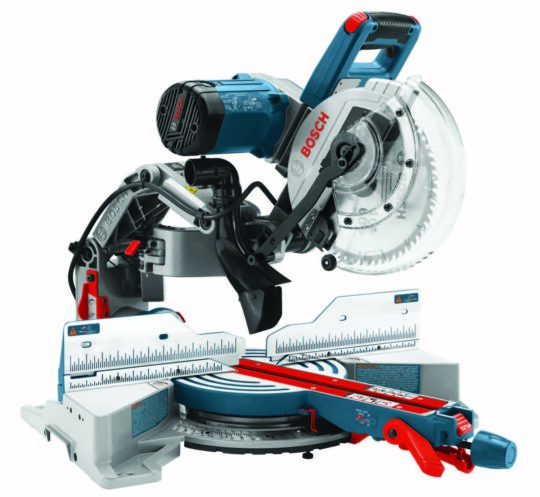 The Makita saw is a fairly new edition of their sliding mitre saw. Once the detents were set, I made a number of cuts and was happy with the results. The Makita runs very smoothly, and I like the soft start feature. I also like that the Makita saw has slide rails that do not protrude from the back, so like the Bosch saw, it can sit on a bench against a wall and doesn’t need any extra room behind. The Makita mitres 60° left and right and bevels to 47° both ways, so there’s lots of ability to make just about any cut. I also like that Makita has moved the bevel lock to the front of the saw, just to the left of the blade. This is much easier than having the lock hidden at the back of the saw. The Makita also features a laser guide built in. I was hoping that the dust collection on the Makita would be noticeably better than it was with my 150CFM vacuum. I still ended up with some dust on the bench, but not nearly as much as the Bosch. The Makita, Bosch and Ridgid saws all have a cutaway portion of casting behind the blade, to allow cutting baseboard standing up against the fence. This is a nice time-saving feature to be able to cut 5” baseboard without having to lay it down and bevel cut. The Makita saw was not on the light end of the scale, but at 9 lb. lighter than the Ridgid, you could notice the difference. 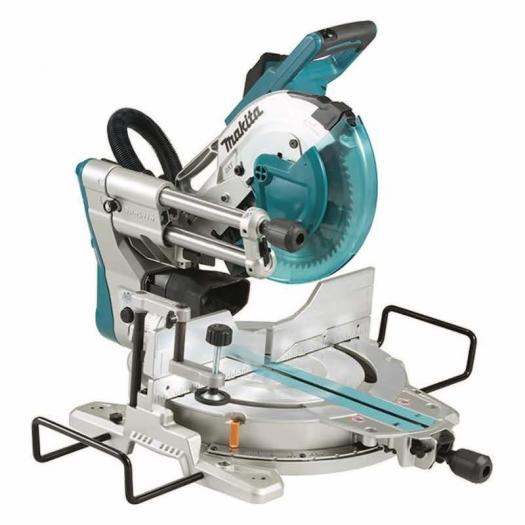 The King saw is compact and lightweight, making it easy to move around and transport. It cuts well, but the included blade is a bit coarse for trim work. It would be more appropriate for framing and rough dimensioning at 40 teeth. One concern I had with the King saw is the detent lock for the mitre. It was plastic and flimsy, and that made it hard to get the saw to repeat the same angle twice. The detent lock for the bevel was a solid steel pin, and that was right on, so I’m surprised that the mitre control was plastic. The saw did feature a laser guide, but it was a bit wide where the blade actually landed. The saw cuts fine, but I think because of the issue with the mitre detent, this saw is probably not usable for trim work without some frustration. I think it would be fine for a framing and rough cutting application. 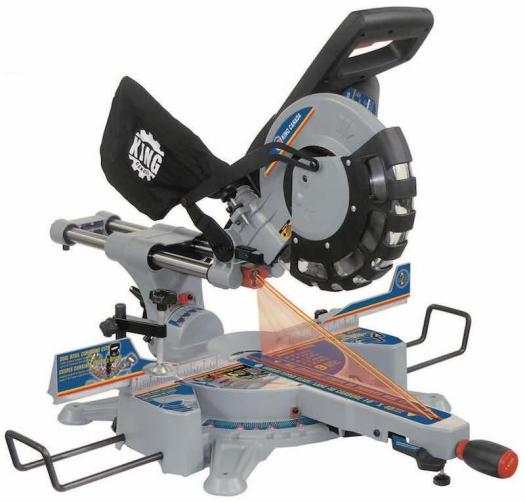 The Ryobi saw also was fairly light weight, making it easy to carry and move. Like the King and Ridgid saws, the Ryobi saw has rails that slide back and forth in the base, so this saw grows approximately 10″ in depth when slid all the way back, so you need lots of free space behind the saw to work. With the saw slid all the way back it is over 40″ deep, so it needs a lot of working room. The Ryobi saw was the only saw I tested for which the mitre angle detents were set right out of the box – which is good because they do not appear to be adjustable like the other saws. The laser was a bit strange; the line showed way left of the cut until you moved the saw down with the blade touching the work, and then the line was right at the side of the blade, but this defeats the purpose of the laser, in my opinion. The idea of the laser is that you can get the workpiece in position without having to bring the blade down. Overall, the saw worked quite well. The Ryobi saw has a very well-designed dust shroud, which seemed to capture almost all of the dust. The Ryobi saw only beveled left, but depending on the type of work you do, this may not be important. The Ridgid saw has a couple of features different from most saws. It has work table sections that swivel out to make for a longer bed, but the real reason they do this is so you can turn the saw to mitre 70°, which is quite a bit more than any of the other saws. The Ridgid saw also uses a bright light to cast a shadow of the blade on the work instead of the usual laser line. The advantage of this type of system is that there is no adjustment required for different thicknesses of blade. The angle scale for the bevel was also nice and big and easier to see than most other saws. However, there were a couple of downfalls to this saw. It was the heaviest of all I looked at, topping the scales at over 66 lb. Maybe I’m getting old, but that seems like a lot more saw than I’d like to carry far. I also found the two-stage trigger switch annoying, as you have to press sideways and then squeeze, which is not a natural hand position. 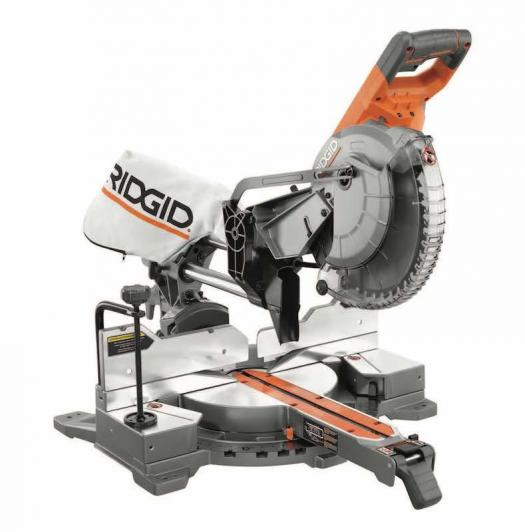 All that might have sounded a little bit harsh. How can I make a recommendation after that? I think these things always sound a little worse in print than they actually are. If I had to make a recommendation to the pro or serious DIYer I would recommend either the Bosch or the Makita. While I would like to see these saws come set accurately for mitre and bevel angle out of the box, they are adjustable, and I don’t think it is beyond the capability of the end user to do this. They’re quite simple to adjust. Once set, both of these saws performed very well. I also like the fact that they don’t have rails to slide out the back of the saw and get in the way. For a home user on a budget, I think I would pick the Ryobi. While it doesn’t have all the features of the Ridgid, I don’t think many people typically need to mitre at 70°, and the Ryobi had the mitre detents set right out of the box, which is an advantage for the less-experienced user. 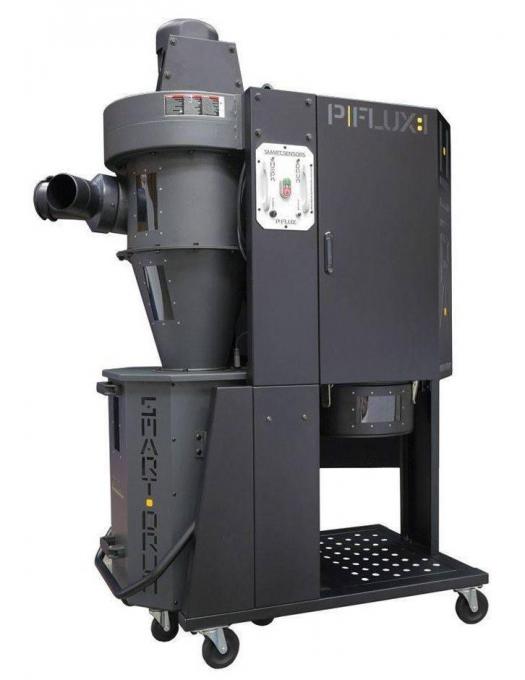 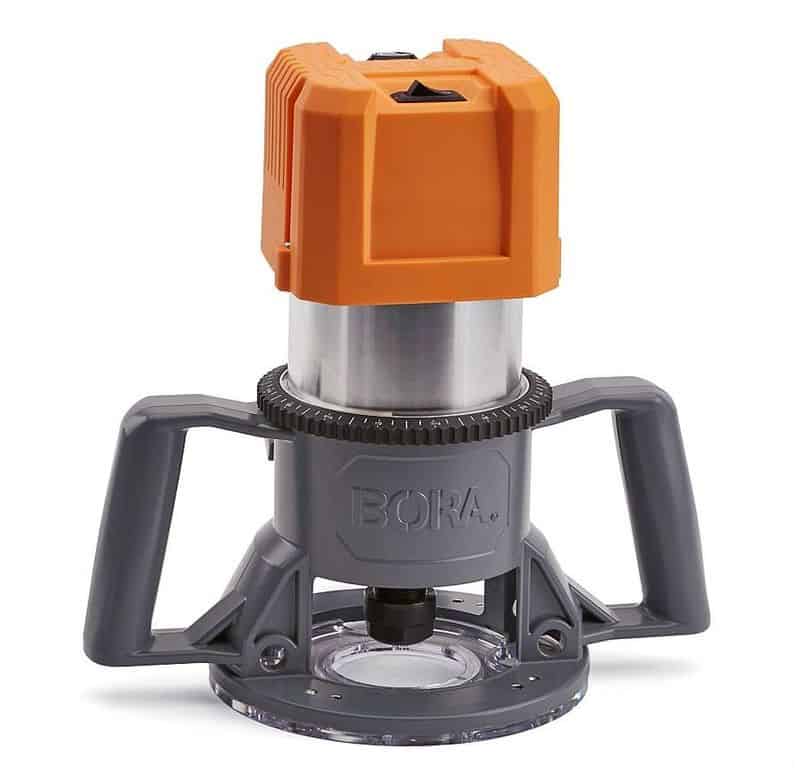 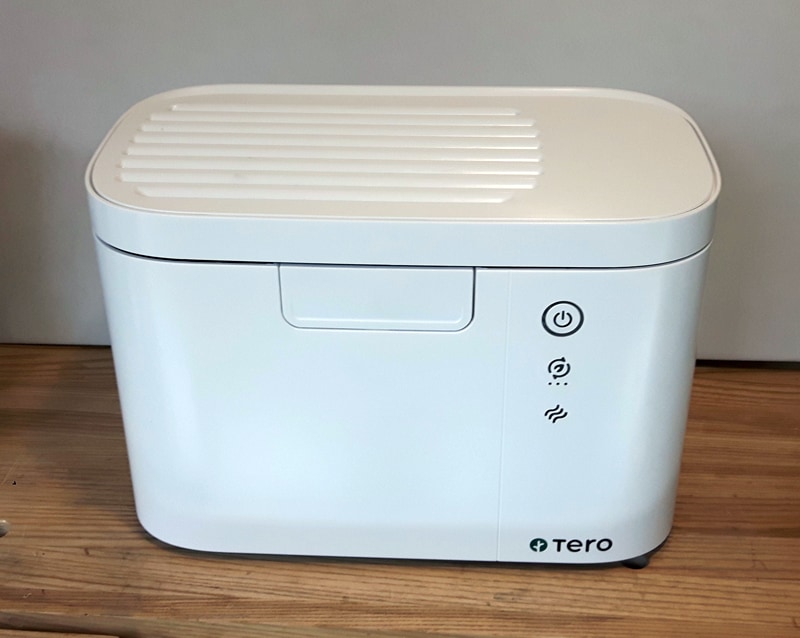