When I opened the new Record Power SC2 2-1/2″ Chuck I was surprised how small this chuck is. Even though it’s small, it’s quite well made. I was pleased with how smooth the chuck operated and how well it’s machined. 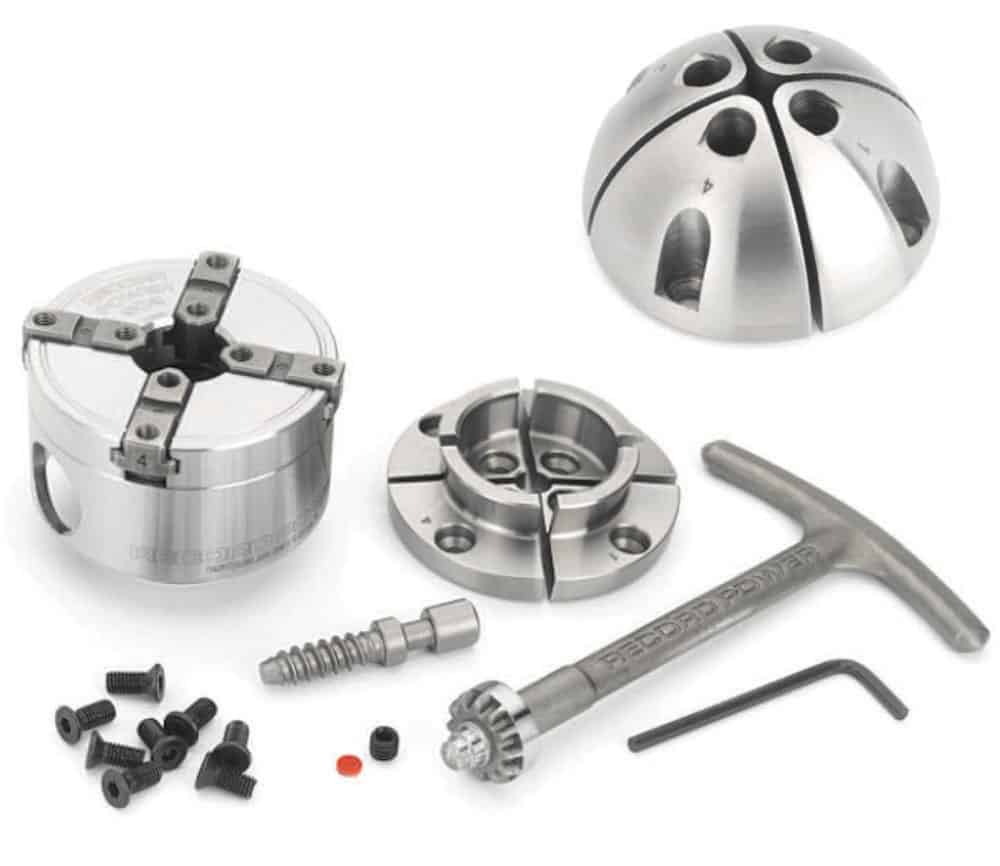 Usually less expensive tools are a bit sloppy, but I’m pretty impressed with this chuck. It’s made for Record’s line of lathes, so it has a 1-1/4″ 8TPI thread, the same as the bench lathe I looked at a short time ago. At first, I wasn’t sure I was a fan of the small size, but it has enough range that it would take care of most things I usually turn. I made a couple of handles and I found the chuck had a good grip on the work, even with the shallow jaws it came with. I had to drill out the center of my handles and I was able to hold my blank in the chuck and drill it out with the tail­stock without the blank coming loose or wobbling. The jaws that come with this chuck are dovetailed on the outside, so they would have lots of holding power to hold a small bowl inside a recess in the base.

I quickly discovered the chuck’s small size was an advantage when working on a small piece like a handle. Without a big chuck in the way, it’s easier to access the work from all directions.

Record Power makes a range of chuck sizes, so there are lots of options. There’s one smaller than the chuck I tested, as well as several larger ones. There are also a number of different jaws avail­able for these chucks, which make them very versatile. Stockroom Supply (StockroomSupply.com) is the sole Canadian distributer and has a wide selection of products on hand.

I had a set of domed jaws to try, and these jaws let you work on some very small pieces. The smooth shape of the jaws means I can get my hands right next to the chuck and work without worrying about getting caught by a sharp rotating edge. There are also pen jaws and pin jaws available. This chuck is also avail­able in a 1″ 8TPI thread to fit bench top lathes not made by Record Power.