Woodworking screws are available in hardened steel, stainless steel, solid brass or silicon bronze. Steel screws can be uncoated or have a protective coating applied, such as phosphate or zinc. For outdoor projects select hot-dip galvanized, stainless steel or a specialty outdoor screw. 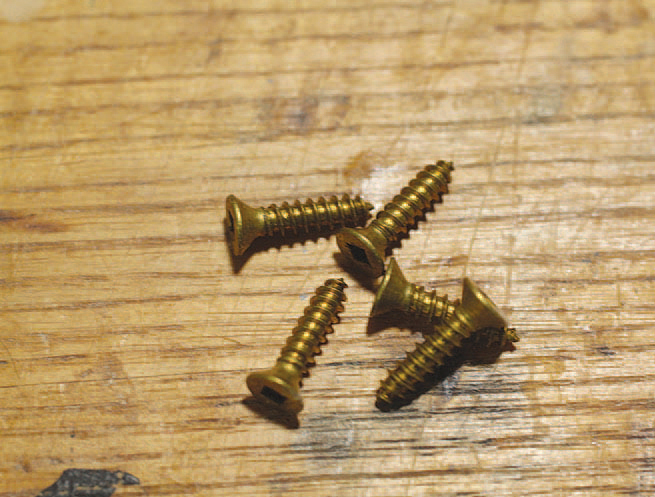 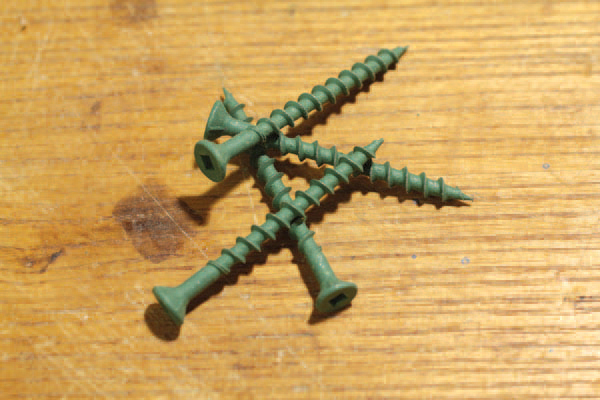 Screws can be classified by head type and size. Screws with flat heads are the most commonly used in woodworking. The heads are tapered and some have nibs that help to countersink the head so it sits flush with the surface. Drywall screws, characterized by a bugle head, are made of more brittle steel, making them less useful for wood. Finish screws, ideal for trim work, have very small flat heads that are easily covered by filler or putty. Because of their greater compressive power, flat head pan screws and washer screws are used in pocket hole joinery. Confirmat screws, which have sharp angled threads designed to cut into MDF and other sheet goods, are used specifically in cabinet assembly.

The diameter of a screw, its gauge, is measured across the widest part of the thread. Screws in the #1 to #14 gauge size are most commonly used. If you drill a pilot hole it should be slightly narrower than the screw gauge. Screw length varies from 1/4″ to 6″. The widely used #8 screw, for example, is available in 5/8″ to 4″ lengths. The helical cutting edge of a screw is called the thread. The spacing between threads determines the screw’s pitch and is measured by the number of threads per inch. Some screws are sold as “coarse” or “fine” thread. Coarse threads are better for use on softwoods and sheet goods. Use fine thread screws for harder woods and thinner stock.

Get the Most Out of Your Screws

To prevent splitting, pre-drill screw holes, especially if using hard­woods or installing screws near the ends of boards.

For a neat, clean look counter­sink screw holes before driving the screws home. Counterbore the holes if you don’t want the screws to show and then cover the holes with wooden plugs.

If the screws you’re using aren’t dry lubricated, you’ll find it easier to sink the screws if you dip the tips into a bit of wax before installing.

To avoid over-sinking screws, use a torque setting on your drill driver that sets the screws flush with, or just below, the surface.

For maximum holding power when joining two boards together, select a screw length that will enable you to sink two-thirds of the screw into the bottom board.