If you’re a board gamer, tree lover or woodworker you’re bound to love Tree Bingo. You get to play a fun game with family or friends and learn about some of nature’s most beautiful and beneficial trees. 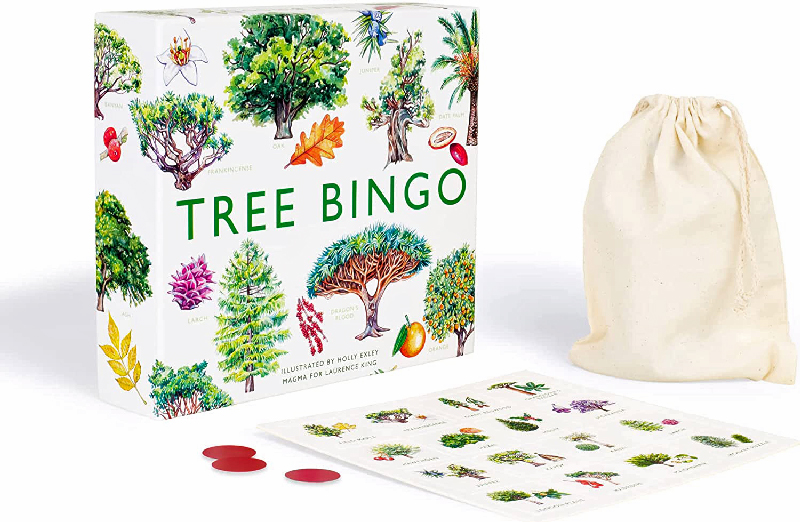 Rather than the numbers and letters used in the traditional ‘Bingo’ game, Tree Bingo is played with a set of 64 tokens representing spectacular trees from around the world. The tokens are placed in a cloth bag from which they are randomly selected. Each player gets a set of counters and a game card that has pictures of 25 trees. There are 8 of these game cards, each showing a different assortment of 25 trees. As the tokens are randomly drawn and called out you put a counter on the tree if it’s displayed on your game card. The first person to get all the trees on their card wins the game.

It’s a simple game that children as young as three or four years old should be able to play, enjoy and learn from. A booklet accompanies the game and has a brief synopsis each tree’s distinguishing features. When we played the game, we found it most beneficial to read the excerpt as each token was selected.

Some of the 64 trees, such as ash, chestnut, oak and maple will be known to most woodworkers and amateur naturalists. But there are a host of others that you’ll want to learn about – bois dentelle, saucer magnolia, dragon’s blood, and my all-time favourite, jacaranda.

If you teach at the elementary, secondary or post-secondary level grab a Tree Bingo for your class. And for anyone young or old alike, it makes a great birthday or Christmas gift. 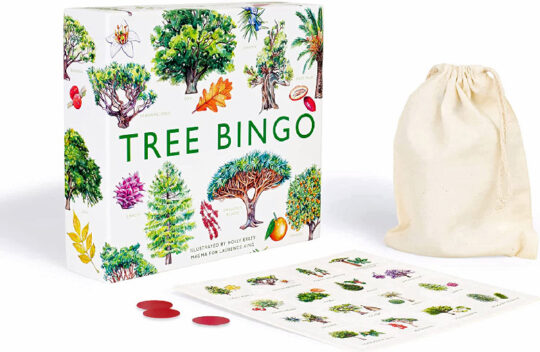