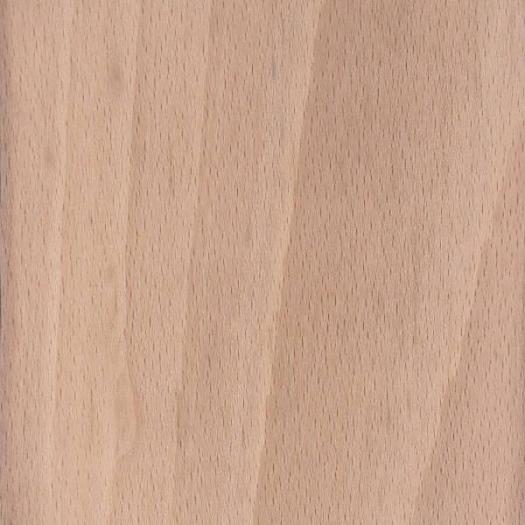 With a reputation going back centuries, European Beech is one of the most popular hardwoods with European craftsmen. It is now increasingly imported into North America as woodworkers on this side of the pond discover its many attributes. With stocks of domestic Beech in decline due to disease, European Beech offers a pleasing substitute.

Native to northern Europe from the Atlantic Ocean to western Asia, European Beech is an impressive tree. It can grow up to 160 feet with average diameters approaching 6 feet. Large trees produce lots of lumber with excellent lengths and widths to choose from. A considerable percentage of European Beech is grown in managed forests and plantations meeting many industry certification standards. This guarantees a stable supply of lumber well into the future. 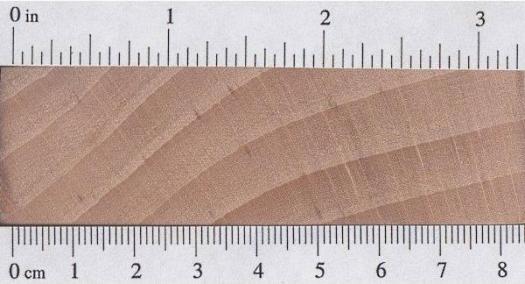 European Beech lumber is straight grained with a medium to fine texture and a natural luster. Growth rings and medullary rays are present to the eye. When quarter cut the medullary rays produce a distinctive fleck pattern. It is a hard and heavy wood, very resistant to wear; however, it is not pest resistant and is better suited to interior projects.

The colour of European Beech is a creamy pink or brown. There is no colour demarcation between the sapwood and the heartwood. Older trees may have areas of brown colouration in the heartwood. European Beech lumber is usually steamed which yields a wood with consistent colour. This is advantageous in projects where a unified appearance is required.

European Beech is an excellent choice for steam bending. Its uniform texture and consistent grain allows it to be bent with minimal distortion and cracking. Along with its inherent strength, it is a perfect choice for bent back chairs and other curved furniture projects. European Beech shows a lot of movement during service. Careful design plus using techniques such as floating panels and the use of quarter-sawn material will allow you to use it in most applications.

For a hard and heavy wood, European Beech works well by machine or hand if you are up to it. It can chip when being planed or jointed. Keep tools sharp and take small passes when machining. To avoid burning when routing, watch your feed rates. It will require predrilling when using nails or screws. When drilling, withdraw the bit often to clears chips. This will reduce burning. European Beech glues well. Watch clamp pressure to avoid starved joints. It is an excellent candidate for staining and takes all finishes well.

European Beech is used in furniture, cabinetry and joinery. Architects appreciate its durability, using it for stairs, handrails and flooring. Other common uses include tool handles, wooden planes, workbenches and musical instruments. It is sliced into veneer. Turners appreciate its ability to hold details, and it has found its way into many turned objects. It is food safe, useful for cutting boards and other culinary woodworking projects.

European Beech is probably the least expensive imported hardwood. Supplies are plentiful as dealers increasingly stock it while supplies of domestic Beech dwindle. When you consider the environmental benefits of a well-managed supply chain:q is there any reason not to choose European Beech for your next project?