The maple leaf is probably more closely associated with the image of Canada than any other symbol. The tree from which we derive our national symbol is the Sugar maple. It comes as no surprise that the Sugar maple gets its name from the tasty sap that gives us maple syrup. There are nine other species of maple native to Canada: black, silver, bigleaf (or western), red, mountain, striped, Douglas, vine, and Manitoba (or box elder). It’s fitting that at least one of the ten maple species can be found in each of the ten provinces. The Sugar maple is an impressive tree, reaching heights of 90′ to 120′ and diameters of up to 36″. Although it’s used extensively for flooring, cabinetry, and furniture, you can also use it for making cutting boards, utensils, tool handles, and more. It’s a wood with personality and versatility!

Sugar maple is admired for its pale, uniform colour. The sapwood is an eye-catching creamy white, with a hint of reddish brown and it’s heartwood is a light reddish brown colour. To maintain the pale colour use a water-based finish on this wood.

Sugar maple has an exciting variety of grain patterns. While the grain is often straight, it offers other variations, one of the most striking patterns being Bird’s Eye. This is a sporadic pattern of “eyes” throughout the wood, which gives a nice accent. Blister, curly, burl, fiddleback, and spalted are other styles of figured maple.

Sugar maple is stiff, strong, heavy, and hard. It offers great resistance to abrasion and shock, and its steam bending properties are good. The wood also turns and carves well and has stellar nail holding ability. However, because it is fairly difficult to nail or screw, pre-drilling is recommended. Maple is considered a relatively stable wood once it has been dried. It doesn’t expand and contract easily as do other hardwoods. It finishes very well, is easy to machine, and hand planes beautifully. 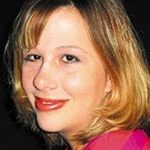