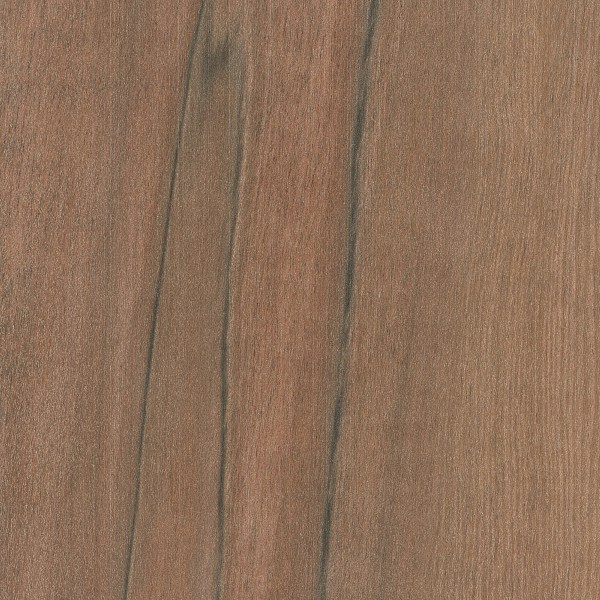 Tineo is a strikingly beautiful wood, usually available as a veneer only. The heartwood shows colour tones progressing from pink to apple red to orange. Overlaid on top are bluish black stripes usually in a random pattern. The sap wood which can make up to 50% of the trunk is a reddish to brown colour that is demarcated from the heart. Overall, tineo presents a strong visual dynamic.

The distinctive colouring of tineo is a good example of pigment figure. The colours are from chemicals called extractives which the tree deposits in the heartwood as it matures. This process takes time, and the best figure tends to come from the oldest trees. 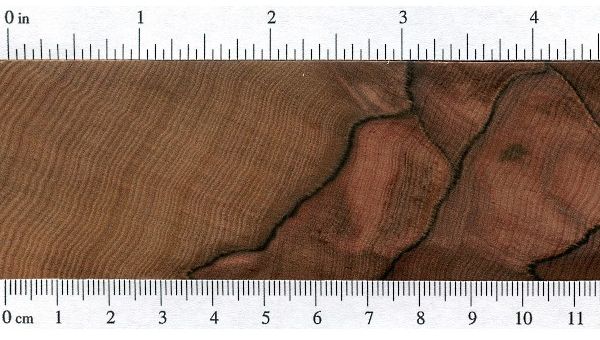 Tineo is an evergreen tree from Chile and Argentina. It can achieve heights of 100 feet with 3-foot diameters. The distinctive foliage of this tree makes it a popular ornamental specimen in Chile and it is also imported into countries such as Ireland, Scotland and the Northern Pacific Coast of the United States where it thrives in cool, moist habitats.

Tineo is a strong and tough wood with straight grain and a nice lustre. In tineo, longitudinal pores are scattered evenly resulting in wood with a medium to fine texture. It is used for furniture and flooring in its native countries. Care must be taken when drying tineo as it shows a lot of volumetric shrinkage when drying. Reportedly it is easy to work, glue and finish. Information on the solid wood is scarce.

If you are lucky enough to find some solid tineo, it is usually turning blanks and small pieces of lumber. Larger turning pieces should be worked in stages allowing each stage to move before further turning. I don’t know why there is so little solid tineo on the market. It could be a combination of drying difficulties and the large amount of sap which would reduce the yield of material available from each log.

There is no problem in procuring tineo veneer. The vivid colouration makes it appropriate for cabinets, speakers and wall units, anywhere you need a striking visual appearance. Steinway even produces a grand piano using this striking veneer.

If you are working with tineo veneer and you need a matching solid, you will have to be creative. Cherry comes to mind, but apple, plum or other fruitwoods may work as well.

Solid tineo is pricy given its rarity. The veneer is mid to high in cost, usually determined by how figured the veneer is. You will have to use the services of an exotic wood dealer to purchase tineo as these companies can import lumber from various countries. It is not on the CITES or IUCN red list.

TIneo is not on the radar of most woodworkers. If you enjoy working with veneer, you must try tineo. Its distinctive appearance will enhance most designs, whether a cabinet on stand or a set of audio speakers. Steinway uses it to highlight one version of their grand pianos. I’d say that is a pretty good recommendation for using tineo in your next project.