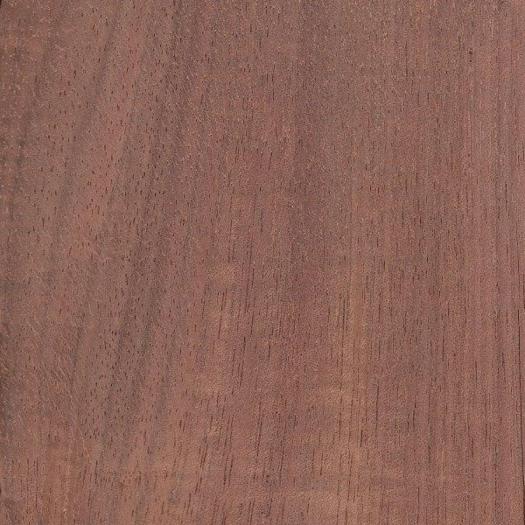 Common names for trees are often misleading and Australian Blackwood is no exception. Let’s face it – the wood is not black; however, it is rich in tannins and these chemicals apparently colour the hands of woodworkers black.  Nomenclature aside, the best Australian Blackwood can be a striking timber and is often used as a substitute for Hawaiian Koa.

Native to Southern Australia and the island of Tasmania, Blackwood is a fast-growing, ecologically-tolerant species. It reproduces rapidly and has been planted worldwide both as an ornamental and as a timber resource in plantations. Many now consider it an invasive species as it can quickly establish dominance over local species. 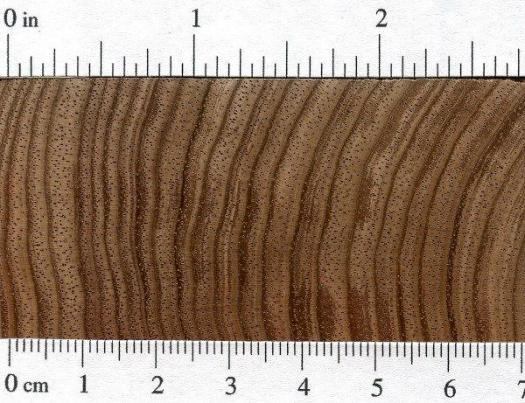 In Australia and Tasmania, it typically grows to heights of 60 – 100 feet with diameters of 2-3 feet. Outstanding individual trees will reach heights of 120 feet. The heartwood is a reddish brown to a rich golden brown. Reddish streaks and bands of dark black can add to its beautiful colouration. The sapwood is straw to pale gray in colour and is sharply demarcated from the heart. The wood dries easily if proper drying schedules are followed. Once dry, the wood is considered to be stable. Blackwood has a uniform, fine to medium texture. The most desirable pieces will have a distinctive fiddleback figure in addition to the interesting colours described above.  It is easy to work by machine or by hand. Figured pieces can be difficult to machine. Try skewing the wood as it is fed into the planer and adjusting cutter and feed speeds. Tooling should be sharp.

Australian Blackwood glues and screws well. Gluing should present few problems although pieces with varying density may be prone to glue squeeze out. Clamping pressure should be carefully monitored. It takes stains very well, although the highly figured boards need little visual help. It will polish to a very high lustrous finish.

While it is often used as an economical substitute for Koa, it lacks that species’ variations of deep gold and orange. Blackwood is a very attractive species in its own right and is used for a multitude of interior uses in its home range. It is a popular wood for furniture, cabinetry, architectural millwork and flooring. It is also used for gunstocks, decorative turnings and is a popular veneer with designers. It takes well to steam bending and is popular choice for acoustic musical instruments.

Sourcing Australian Blackwood can be a challenge. Australian timbers can be difficult to import into the country, so expect fairly high prices. Figured lumber can also be quite expensive. Reputable wood dealers are you best sources. The highest quality material still comes from Australia and Tasmania, not the other countries where it has been domesticated. Most of the Blackwood I have seen, has been imported for musical instrument use. Resourceful woodworkers may be able to incorporate this material into their projects. If you are patient and willing to source carefully, African Blackwood can be a very rewarding choice for any working project.