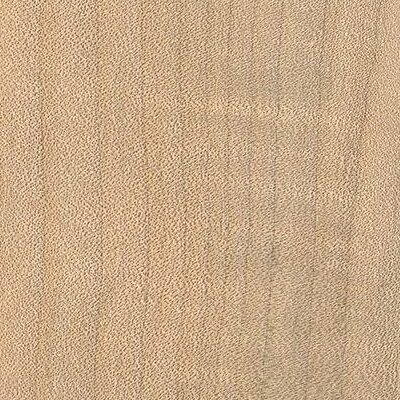 Woodworkers who appreciate the beauty of figured wood are familiar with Bigleaf Maple. Fiddleback, birdseye, burl and the spectacular quilt figure are produced by this maple species endemic to the west coast of North America. Figure aside, even the plain sawn lumber has some unique and interesting properties that should pique the curiosity of most woodworkers.

Bigleaf Maple gets its name from the extremely large palmate shaped leaves that are up to 12 inches in width. It is a medium sized tree, typically 80–100 feet tall with diameters of 2-3 feet. It is found in the coastal regions of Pacific North America from the southwestern corner of British Columbia down to California. Bigleaf Maple is one of the few commercially available hardwoods on the west coast, coming from forests that are dominated by softwoods, such as Western Red Cedar and Douglas Fir.

Unlike most hardwoods, the sapwood is the most desired part of the maple tree and Bigleaf Maple is no exception. The sapwood is a creamy white to a light golden or reddish brown. The heart is a slightly darker reddish brown. Unique among the maples is the non-distinct appearance of the Bigleaf Maple. The contrast between the heartwood and the sapwood is minimal. The growth rings are lighter in colour and there is less distinction in the appearance of the early and late wood. There is also less mineral and sugar streaks in this wood.

Bigleaf Maple is typically straight grained, but it can be wavy. It has a fine even texture resulting in a wood that is easy to work with. While considered a soft maple, it is strong enough for most applications. Burning can occur during operations like routing, so cutters should be sharp and appropriate cutting speeds and feed rates should be selected. Sanding should also be approached carefully to reduce scratches and pigtails.

The wood glues and finishes well.  Staining can produce blotches, so the use of a pre-finish conditioner is wise. It responds best to dyes and transparent finishes. Its uniform appearance means it can be finished to mimic many species, cherry being one of them. This makes Bigleaf Maple an industry favourite – strong enough for most applications and able to take on many appearances.

Bigleaf Maple is used in mostly interior applications since it is not a durable wood. Furniture, millwork, flooring and pallets are common uses. Its ability to produce multiple figures (curly, burl, etc.) makes it very prevalent in musical instruments, veneer, and all manner of decorative objects.

While most woodworkers are familiar with birdseye, curly and burl figure, quilted maple deserves some special mention. Consisting of rectangular or oblong bulges that appear three dimensional; quilted maple provides a rich surface effect. Woodworkers can access this figure through veneer and billets for musical instruments and turnings. There is such a high demand for quality quilt figure that poaching is now a problem. Working at night, illegal loggers saw off areas of quilt or burl from the tree. This is occurring in public forests affecting the local population in a negative and destructive way. Purchasing Bigleaf Maple should always be done from reputable dealers.

Maples are an outstanding resource for woodworkers. Providing different degrees of hardness and strength, along with outstanding appearance, they are the true workhorses of the forest. Perhaps Bigleaf Maple is at the pinnacle of this family offering strength and undeniable beauty for all woodworkers to enjoy.