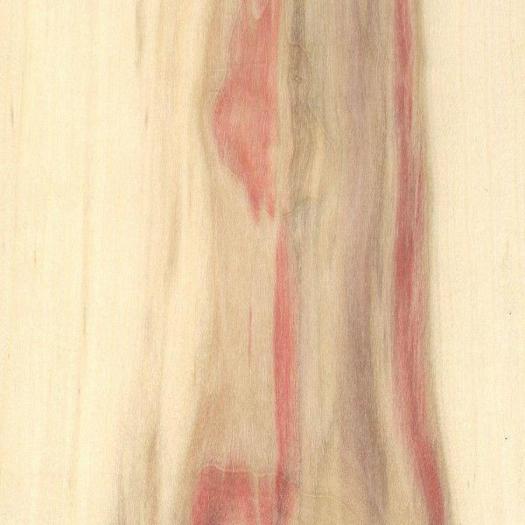 Also known as Manitoba Maple, Box Elder is a tree with a reputation both good and bad. Thriving in disturbed urban environments, it grows quickly and prodigiously producing trees with multiple stems, suckers and an unattractive crown.  However, woodworkers, especially turners, will actively seek it out for its unique visual characteristics.

Box Elder is the most widely distributed maple in the Americas.  In North America, it ranges from the east to the west coasts and then from northern Canada, south to Guatemala.  It is a small maple, typically 40 – 50 feet tall, with diameters of 12 – 20 inches.  The wood is soft compared to the other maples and has a fairly uniform pale white colour. The sapwood is of a similar colour, and overall the wood is straight grained with a fine even texture.

Box Elder was planted as a shade tree around the turn of the century. This practice was discontinued since it is disease and damage prone, rarely living longer than 100 years. In eastern Canada, it is found mostly in urban settings. Producing exceptional amounts of seed, it can quickly colonize empty spaces producing dense thickets of trees. It is easy to recognize as it is the only American maple with compound leaves rather than the stereotypical palmate maple leaf we are all familiar with on the Canadian flag.

It is in western North America where can achieve some respectable sizes. It is a tough tree, tolerant of drought and cold temperatures. This allows it to thrive in the Midwest, particularly in moist environments along streams and rivers. Here, specimens can approach 80+ feet in height and diameters up to 4 feet. Trees of this size are harvested for lumber, although they are usually mixed in with soft maples and unrelated species at the lumberyard.

If you do get your hands on some, you will find a wood that works well with hand tools. Like all maples, it can burn with power tools, so sharp cutters and an eye on cutting speeds and feed rates are necessary. It can be brittle, so tearout is a concern. It is best to use backing boards when drilling holes and keep your edges sharp. It carves and turns well and is capable of holding fine detail.  It has a tendency to blotch when stained. Finishing schedules should include a pre-conditioner or woodworkers should use a gel stain. It glues well: just watch clamp pressure to avoid starved glue joints.

Since it never gained commercial favour, Box Elder is usually found in small local mills. It was used for interior joinery, boxes and crates.  It is not durable, so it is not a good candidate for exterior applications. The wood is occasionally ground up for pulp, not exactly an inspiring application. So, why do woodworkers actively seek out this wood?

First, Box Elder produce burls. Burls are large growths, somewhat analogous to a tumor or wart. These growths produce a figure that is rare and beautiful, particularly sought after in turned and decorative objects. The largest maple burls I have encountered were from Box Elders.  Given the prevalence of this tree, they are easier to come by than burls from other maple species.

Secondly, some Box Elder contain unique pinky-red coloured areas within them. These coral sections give wooden items made from them a distinct appearance. The pigments are chemicals produced by the tree when it is injured mechanically or by insects. These chemicals are thought to prevent attack by fungi that could weaken the tree.

The effect can be spectacular often resembling flames from a fire.

Like all maples when dried improperly, Box Elders will spalt. Spalting produces a spidery, lace-like effect caused by fungi actively breaking down the tissues of the wood. It can be an interesting visual effect, especially on surfaces and panels. Esteemed woodworkers such as James Krenov often incorporated spalted maple in their cabinets.

Lumber is hard to find and may require a bit of searching; however, woodworkers should be able to find turning stock, burls, blocks and squares at specialty dealers. Stabilized burls and small pieces for turning writing pens are also readily available. Best of all, Box Elder is sustainable and inexpensive giving all woodworkers a chance to work a wood with some unique properties – not bad for what many consider is a weed tree.