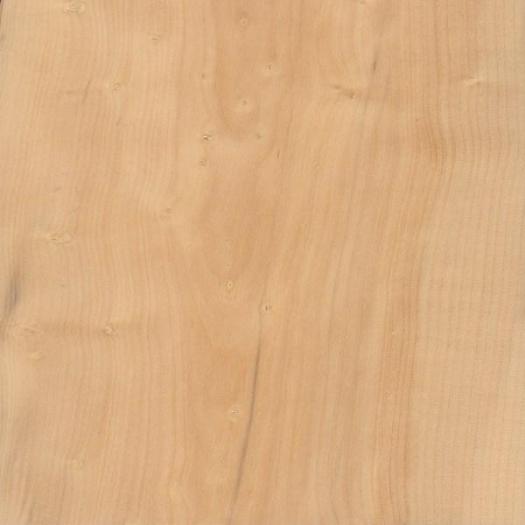 At first glance, European boxwood is an uninspiring tree.  Usually seen as a small shrub, it is a common component of the ornamental garden hedge.  Allowed to grow in the open, it rarely achieves heights of 25 feet with a maximum diameter of 6 inches.  But woodworkers are a resourceful lot and European boxwood has several unique properties that make it perfectly suited for the tasks to which it is applied.  In fact, there is no other species that can deliver the working qualities that it possesses.

There are many woods that are called boxwoods, but they are all pretenders to the throne.  European boxwood is found throughout Europe, northwest Africa and eastern Asia.  Historically, the best material came from the lowlands of England and France.  Today it is primarily harvested from the French Pyrenees and Turkey.  There is considerable debate about the quality of modern European boxwood.  These are mountainous areas and trees grown there rarely have the opportunity to grow straight up.  Consequently, the trees modify their growth rings where necessary to support the tree if it grows at an angle.  The resulting wood has tension within it and has a strong tendency to warp.

The tree grows extremely slowly and the resulting wood has a very fine uniform texture.  The grain is usually straight, occasionally irregular.  These properties make European boxwood an outstanding wood for carving and turning.  For the carver, it can allow the carving of incredibly small details without chipping.  This property is also prevalent in turning.  In addition, turned pieces are ready for finishing right off the lathe without any need for sanding.  Also, the wood is very dense; objects made from it are very durable.

Given its diminutive size, objects made from European boxwood tend to be small.  It is a favourite for wood-block engraving due to its ability to hold incised detail as well as its durability.  Boxwood blocks can make thousands of reproductions because of its durability.  It is often carved into chess pieces and other decorative items.  During the 18th and 19th centuries, it was the first choice of makers of recorders, flutes, oboes and highland bagpipes.  It has a distinctive tone and its stability yields instruments that will stay in tune.  This stability also made it popular among makers of precision rulers.

Obviously, working with European boxwood will require sharp tools.  Usually boxwood is worked by hand given its size restraints.  Turning will require sharp and durable tools as well. Despite its hardness, the wood yields well to the carving and turning tool.  Overall it is a very enjoyable wood to work with.

European boxwood has a creamy white to pale yellow colour.  There is no difference in colour between the heart and sapwood.  Boxwood should be inspected carefully before purchasing.  It can stain brown from fungal attack, which shows up readily on its white background colour.  The staining will not affect the wood’s working properties.

However, as mentioned earlier, there are concerns about the quality of modern boxwood.  The premium material was harvested long ago.  It is available as small blocks and turning blanks as well as half and full logs.  Remember the logs are 3 to 5 inches wide.  These logs are usually air-dried due to their density.  Working pieces should be cut over size and allowed to further season before final work begins.  The logs should possess a centered pith with even concentric growth rings.  Any deviation in size of the growth rings, especially on opposing sides, is a sign of tension in the wood.  This wood is unstable and prone to warping.

Despite being rare and expensive, European boxwood is not considered endangered.  If you are a carver or turner, boxwood should be in your inventory.  For the cabinet maker, it is an excellent choice for handles, latches pulls, etc.  I highly recommend this wood for its much lauded abilities.  There are many other boxwoods on the market, but none of them come close to European boxwood.  Try it; you will be impressed and remember – accept no substitutes.