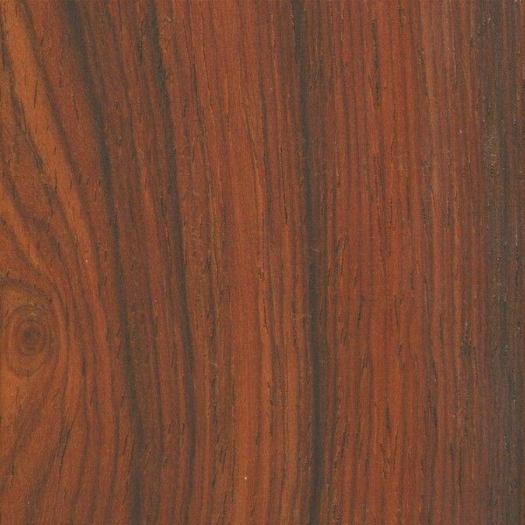 Arguably the most beautiful hardwood in the world, Cocobolo’s alluring qualities have captivated generations of woodworkers and artisans alike. It is a true rosewood, a member of the genus Dalbergia. True rosewoods are distinguished by the natural oils they produce which gives many of them a distinct floral odour.

Cocobolo is native to Central America, growing from Panama north to Mexico. It prefers the drier upland areas next to the Pacific coast. It is a small tree 45′ to 60′ tall with diameters up to 2′.  Individuals with 3′ diameters have been reported, but they are extremely rare. The trees are often poorly formed, and some people believe the most attractive wood comes from these stunted individuals. 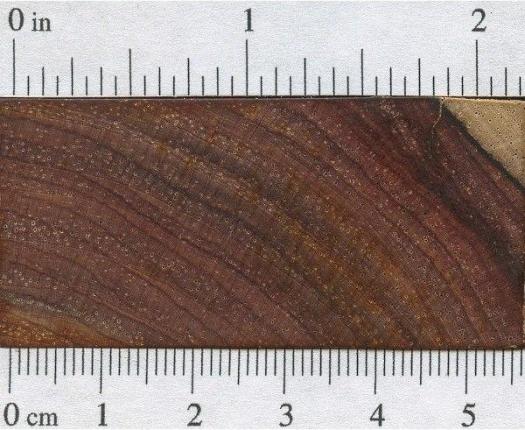 The heartwood of this group can be distinctly multicoloured with attractive black/brown veining. It can show a rich tapestry of many colours including oranges, reds, yellows, and purples. These colours are often overlaid with brown/black striping. The appearance of the heartwood can be a swirling combination of colours or a more uniform banding parallel to the grain. Sawing methods can determine which appearance predominates. The sapwood is a highly contrasting creamy yellow/white, sharply demarcated from the heart. All of these colours can change upon exposure to light and the wood will age to a rich patina.

The wood is extremely dense and oily, with a distinctive odour that can persist for years. Cocobolo is a fine-textured, straight-grained wood with occasional interlocked grain. It is decay resistant and generally impervious to insect attack. As well, it possesses a natural luster obvious even when it is fresh sawn.

Cocobolo’s beauty meant it was almost destined to be incorporated in all types of decorative objects. It is dense, so items made from it wear well and will last for years. You’ll find Cocobolo used in a wide variety of objects, including chess pieces, pool cues, cutlery, bowling balls, carvings, and sculptures. Fine furniture makers use it for jewellery boxes, door and drawer handles, and inlay. Because it has a natural musical tone when struck, instrument makers have utilized it in string and woodwind instruments. It is not often used as veneer since the small size of the trees cannot produce veneer in any substantial amount.

Cocobolo’s density and hardness means sharp tooling is required. It can be brittle, so pilot holes must be drilled before nailing and screwing. The natural oils can make sanding somewhat difficult since the paper will clog. Oils can also interfere with finishing, especially with oil based varnishes. However, it does accept lacquer well, and it can also be polished to a high luster without the use of any finish. The natural oil content in Cocobolo make it difficult to glue. Some woodworkers recommend wiping surfaces to be glued with lacquer or acetone to remove the oils before gluing. Others prefer the application of glue to freshly sawn or jointed surfaces. The choice of which glue to use is another source of debate. Recommended glues include water resistant PVA and slow setting epoxies.

Cocobolo is well known for producing allergenic reactions among woodworkers. Asthma and contact dermatitis severe enough to require medical treatment have been reported. Dust masks, good ventilation, and adequate dust collection, particularly at source, are a must. Woodworkers should exercise caution until they can ascertain their own sensitivity.

Demand for Cocobolo escalated after the completion of the Panama Canal. Before then, its density made it too expensive to ship around the southern tip of South America. It wasn’t long before demand for this beautiful wood led to its over exploitation. The situation today is one of caution. Cocobolo is considered a vulnerable specie and its trade is now controlled. Woodworkers can help guarantee its survival and recovery by respecting its beauty and saving it for the most special of applications.