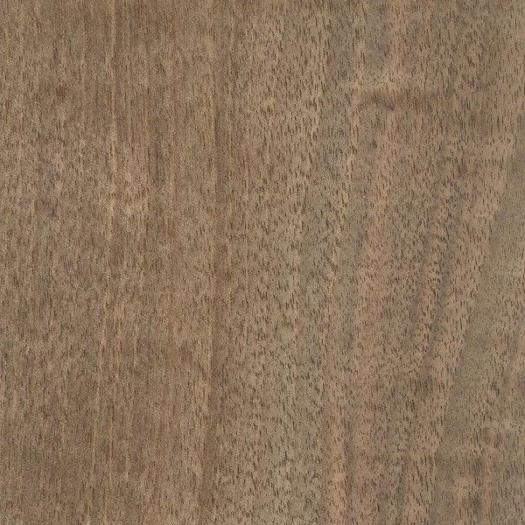 One of the world’s finest woods, European walnut (aka English Walnut, Circassian Walnut, French Walnut) has a diverse and interesting history. Cultivated for the fruit it produces (the humble walnut), it was introduced northward by the Romans. By the middle ages, it was established throughout Europe and became a favourite timber of old world craftsmen.

The trees origins are in Central Asia from China westward to Iran and Turkey. This original stock is genetically diverse, and it was from these trees that the Persians began cultivating the wood we know today. Being such a valuable food source, it is now grown all over the world. Spanish monks brought it to California in the early 1800s. It was crossed with a local species to produce the famed Claro walnut. European walnut is so widespread that the characteristics of the timber are dependant on the country where it was grown.

It is not a large tree, typically 75 feet to 120 feet tall with a 2-foot diameter. Trees from forest environments tend to be taller and thinner. However, most of the timber that woodworkers will see is from cultivated trees. These typically have a short base with a wide crown. They require lots of light and tend to be planted in isolation. The heartwood can start off as a dark brown often with purple and orange overtones. It will often mellow to a lighter brown with age. Dark black/brown streaks can be present.  Sometimes the colours can bend and swirl giving a unique smoky appearance. The sapwood is a distinctive off white colour. European walnut is straight-grained, although irregular grain is often present around knots and defects. It has a medium texture with a natural lustre. This species is often figured: curly, beeswing, stump, crotch and burl figuring are common. Defects such as cracks, splits and knots are also the norm. Creative woodworkers often include these defects, highlighting them with butterfly keys, epoxies and other resins. European walnut is usually found as individual large slabs or through-sawn with all the timber from one tree kept together as a boule. In this way, woodworkers can now access material from a single tree. This yields wood that is consistent in colour and provides a mixture of flat, rift and quartersawn segments. This style of cutting has a high waste factor as the wane and pith of the tree must be sawn out.

European walnut likes to be air dried first, then followed with a careful dry in the kiln. Thicker slabs will respond best to sir drying only. Europeans typically dry to 12%-14% moisture content. Wood imported into North America will need further seasoning to reach a workable 8% moisture content. Kiln dried walnut is often steamed  to even out the colouring. This reduces the colour difference between the heart and sapwood. The idea is to help reduce waste by allowing woodworkers to utilize some of the sapwood.

Other woodworkers prefer the subtle colouring present in the air dried material. The wood is easily worked, although sharp tools and reduced cutting angles will help woodworkers tame irregular and figured grain. It finishes and glues well without problems. Its natural lustre works well with oil finishes which help emphasize its subtle colour and figuring. While large defect lumber is rare, woodworkers often use the natural defects as a design feature to create a rustic or authentic appearance. It turns and carves well, holding intricate detail.

European walnut is used in furniture, carvings, and decorative objects. Large slabs make outstanding  table tops, kitchen counters, bar tops and shelves. It is sliced into veneer for panels and architectural purposes. The burls, crotches and stumps are also sliced into veneers. Its shock resistant properties make it a valuable wood for high end gunstocks. Since it is an imported species, European Walnut can be expensive. Also, the higher moisture content and higher waste factor of the European style of lumber-making process contributes to its cost. Woodworkers should not be discouraged.

This is a beautiful wood with a distinctive appearance. The veneer makes it accessible for cabinetry and furniture work. Solid wood is best used in pieces that have a ‘wow factor’ such as dining room tables. All things considered, it is hard for the woodworker to resist the subtle beauty of European walnut.