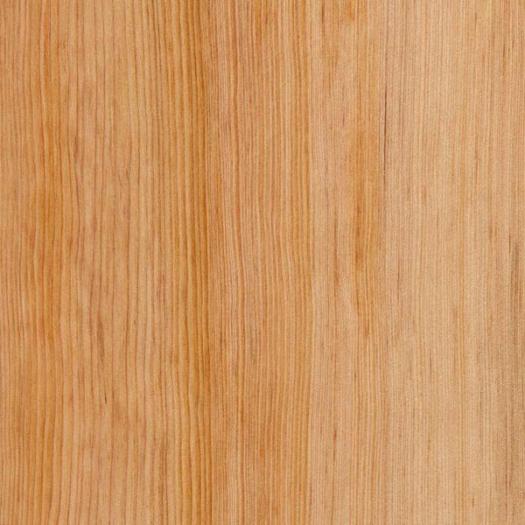 Western Hemlock is the largest of the hemlock trees and the most prevalent tree species on the British Columbia coast. Western Hemlocks are found from California, north to Alaska and as far east as Alberta. Its preferred habitat is the wet coastal rain forests. It is rarely found in pure stands and is usually found in mixed forests alongside various firs, spruces and cedars.

Hemlock a patient slow growing tree. It is shade tolerant and can live for centuries in the under-story waiting to exploit openings in the canopy. Typically specimens are 90 to 150 feet tall and 3 to 4.5 feet in width, though some have been found with heights of 250 feet and diameters approaching 9 feet. One tree in California was over 270 feet tall and appeared to be in a race with neighbouring redwoods for placement in the canopy.

The sapwood is narrow and is white to pale brown in colour. The heartwood is usually some variation of reddish brown. The transition between the sapwood and the heartwood is not very distinct. It is typically straight grained with an even density, but the texture of the wood varies from coarse to fine. This is probably a result of the effect of differing growth rates on the yearly growth rings. One should expect textural differences between primary and secondary growth trees.

Freshly cut Hemlock can be very wet, which makes proper drying very challenging. Care should be taken to avoid staining and other drying defects. Once dry, it is considered stable. Unlike its forest companions, Hemlock is a non-durable, non-resinous species not suitable for most exterior applications.

Western Hemlock is an important commercial and construction species. It is commonly sorted into the Hemlock-Fir designation with Amapalis firs. It is most often used as a general construction wood in studs, roof decking and plywood.  It laminates well and is used to make laminated structural beams, and at the opposite end of the spectrum, it makes a fine pulp for paper production. With its consistent density, it makes a fine milling wood causing it to be used for all sorts of interior mill work. Hemlock is usually found as plain and quarter-sawn lumber and as rotary or quarter sliced veneer.

Outside of the commercial world, Hemlock is available in various appearance grades. Most of these grades will relate to the amount of tight sound knots present in the wood. This wood can be a versatile choice for most woodworkers. It turns, planes and shapes well. It can sand to a smooth surface, although peaks and dips can be present during the sanding stage on material with uneven growth.  It glues well, however, being a softwood it has only moderate ability to hold nails and screws. Because of its tendency to split, screw holes should be predrilled.

Hemlock takes most finishes well and can also produce a fine painted surface. It responds best to clear finishes as dark stains can emphasise wild grain on flat sawn surfaces and rotary sliced veneers. Being non-resinous, all types of finishes including waxing will work well.

Softwood lumber often lacks the dramatic appearance of most hardwoods.  Hemlock though, has an understated beauty and its milling characteristics make it an informed choice for many woodworking projects. Given its low price and consistent availability, Hemlock is an ideal wood for interior trimwork, moulding, casework, and framing.